Be Passionate to Save Humanity Now—At this Historical Punctum Saliens

I think America will probably decide the outcome of this present historical fight. If the United States were to go under, which it could,— Because if these economic reforms proposed by my husband are not adopted, I think the danger of a collapse of the system will really become more and more evident.

Unfortunately Roger Stone had to leave. I think that there are certain parameters that show that the United States is not in good shape. Even if Trump has created some jobs—that’s very good—there are parameters which are horrible! Look at the fact that life expectancy in the United States, which supposedly has the most powerful economy in the world, has been going down for the last two years, in all age categories. Now, if there is any parameter which tells you if an economy is doing well or not, it’s whether life expectancy is increasing or decreasing. That should be a warning sign. Why is this happening? Because of an increase in the death rate—alcoholism, drug overdoses, suicides because of depression. Depression, why? Because if you have no future, then you give up at a certain point.

So there is no reason to think that we are out of trouble. The need for infrastructure could not be more obvious than in this place. The condition of the subways, for example, which Diane Sare reports to us every time there is a fire in the subway or some line goes out—and look at the potholes, the condition of the roads, the rush hour traffic in New Jersey. People become crazy, they drive like madmen. They drive for two hours in the morning, two hours in the evening, sometimes longer—this is not a normal condition.

The fight is to get the United States to join with China and the other countries in the Belt and Road Initiative, and to rebuild the United States. If you have some vacation time, go to China: It’s really an important experience. I think some of you were in China last year. Not that everything there is perfect, but if you look at the infrastructure, you go on the fast trains—it is a pleasure! You truly enjoy travelling on these fast train systems. You can go to some of the main stations, they’re like palaces—lot s of marble, big, not crowded like here, because it is well organized.

Look at the changing of the entire region from Beijing to Tianjin to Hebei. All the heavy industries are being relocated out of Beijing into Hebei and to a new city. They are building a completely new system whereby everyone should be able to reach their workplace via modern infrastructure within 20 minutes.

This is what should be done with New York! You should take the whole region of Philadelphia, New Jersey, and New York, and think about how to plan new infrastructure arteries—new highways, new tunnels, and new fast train systems. You should have a maglev system for intra-city traffic. But first you need to have a clear idea of what you want—then this is clearly what you will influence the Trump Administration to get for the nation. Keep studying; I know many of you went to the Science of Economics classes given by Dennis Speed, Will Wertz and Jason Ross. Keep doing that! Because we need educators who can educate other Americans about true physical economy. That will become more and more important. 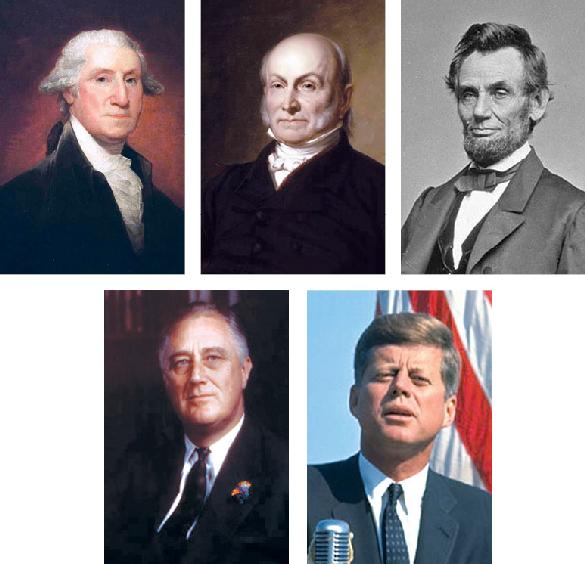 This is really something to be patriotic about. America has a great tradition: The American Revolution—the American War of Independence against the British Empire. America had great presidents—George Washington, John Quincy Adams, Abraham Lincoln, Franklin Roosevelt, and John Kennedy, most prominently. The American System was once a beacon of hope and a temple of liberty for the rest of the world. Get back to that, and I think that the potential for the United States to again become a friend to all countries is there! If the United States were to say that it wants to be part of this new paradigm, there would be no problem at all.

I want you to have this vision. Be happy and get as active as you can. This is not a moment to sit on the fence and look at things. Remember what I said earlier about a punctum saliens in history, in which all developments lead to one moment. If we blow ourselves up in nuclear war, which could happen over the Syria crisis, all of what your parents, your grandparents, and all the generations before did, was in vain. All the music Beethoven composed will be lost—maybe saved only in the Voyager, because they put Beethoven’s music, and Furtwángler’s composition in the Voyager spaceship, which about a year ago left our Solar System. So maybe it will survive only in that way. But frankly, I would appreciate it more if it would be practiced more here. [laughter] I think the New York Schiller Institute Chorus is a very good place through which it should spread.

Everything is at stake. Knowing that, you should be full of passion and help us, and we should all help each other to save this beautiful humanity, because the thought if it vanishing is not acceptable. [applause]