This article appears in the September 28, 2018 issue of Executive Intelligence Review.

Sept. 22—If one understands “theater of the absurd” to mean the representation of disoriented people in a meaningless world, then we are now witnessing a gala performance of the genre in Berlin. What is demonstrated by the scandal around the former head of the Bundesamt für Verfassungsschutz [Germany’s FBI], Hans-Georg Maassen, who was kicked upstairs as a result of his blindness on the right; the irresponsible behavior of Interior Minister Horst Seehofer; and the personal efforts of Chancellor Merkel and SPD chair Andrea Nahles to remain in power—is that the Berlin establishment is in the wrong film. They are acting out the script of a world which only exists in their heads, and has nothing to do with the reality of the normal population or with strategic developments. If Germany is to avoid severe damage, we urgently need a new policy!

If Seehofer calls migration the “mother of all problems,” then he himself and the geopolitical neo-liberal paradigm that he represents are the “grandmother of all problems.” Because there would be no refugee crisis in this form, if Bush, Obama, Blair, and Cameron had not waged wars in Southwest Asia on the basis of lies, violations of international law that are never addressed by the German establishment. A glaring proof of their complicity is the announcement by Economy Minister Altmeier of the sale of new weapons systems to Saudi Arabia, a country which is even now waging a war of annihilation against Yemen. If the world is to endure, this will have repercussions under international law!

And there would be no crisis in this form either, had Europe distanced itself from the policy of the colonial powers and the subsequent conditionalities of the IMF toward Africa. Had Europe pursued, over the past decades, the policy of industrialization of Africa that China has undertaken for around ten years, then the African refugees would have had no reason to leave their homes.

In light of these realities, the theater in Berlin is not only absurd, but also abominable. Maassen plays the role of the fox in the henhouse, Seehofer the elephant in the china shop who knows no tomorrow, and Merkel the incredible shrinking Queen, while Nahles is cast as the nightmare of [former SPD leaders] Kurt Schumacher and Willy Brandt, who are turning in their graves. What a play! And then Nahles comes back as the inventor of a new Olympic sport: rowing backwards!

The real problem is that the behavior of Seehofer, Merkel, Nahles and Co. increases the political disenchantment in this country by several orders of magnitude. The events of Chemnitz and other attacks unmistakably throw the shadows of the Weimar Republic on the wall. Unfortunately, it can not be denied that only 73 years after the end of the Second World War, fascism can once again become a danger. After the “West” had supported the Nazi coup in Kiev in February 2014 —in which Germany had its own axe to grind, but was rewarded with “F . . . k the EU!” by Victoria Nuland—President Putin warned this would give a boost to fascist movements throughout Europe. Unfortunately, that is just what is developing before our eyes now.

Major responsibility for the current crisis must be attributed to the mainstream media, which have long since stopped revealing the truth as Seymour Hersh did in the case of the My Lai massacre, or Robert Parry in the case of lies about the alleged use of chemical weapons by President Assad. Instead, these media have long provided the “narrative” for regime change of inconvenient governments, glorified payments to terrorist organizations as “humanitarian aid,” or orchestrated an enemy image of Russia or China through consistent negative coverage, depending on whatever fits the geopolitical strategy of the “Western” camp. 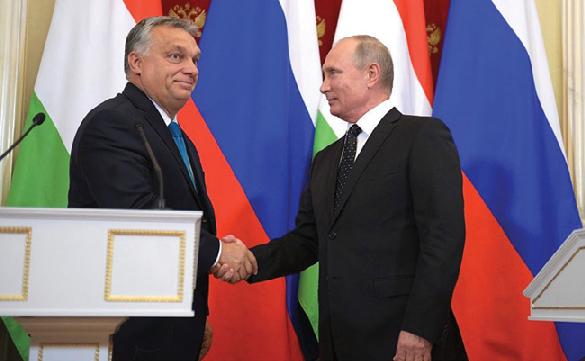 Meanwhile, the EU is busy accelerating the centrifugal forces in Europe; the most recent examples are Brussels’ attacks on Poland and Hungary—which in the latter case have encouraged Hungarian Prime Minister Orban to pay a much more pleasant visit to Moscow. And exactly five years after the launching of China’s Silk Road Initiative—which in the meantime has grown to include the greater part of humanity in the dynamics of a new paradigm of win-win cooperation—the EU comes out with its counter-proposal to the New Silk Road—the “European style”of improving connectivity with Asia on the basis of clear “rules.” EU foreign policy chief Mogherini claims that she traveled to 20 countries in Eurasia, all of which expressed greater interest in the European proposal for improving connectivity, than in cooperation with the Chinese Silk Road. It would be interesting to know what planet these 20 states are located on, because the vast majority of Eurasian countries have long been working together with China and Russia for their own benefit.

But China responded to the EU initiative in its usual cooperative way, and welcomed it: we should join hands and cooperate in the development of Eurasian infrastructure, they proposed, and the EU and China should act as partners rather than rivals.

What applies to Eurasia pertains obviously even more to the perspective of Europe-China cooperation with respect to the development of Africa. For example, Professor Nader Habibi of Brandeis University wrote Sept 20 in China Daily, that despite Europe’s claim to be Africa’s main trading and investment partner, Africa does not appear to have developed economically as a result of this relationship. China’s commitment, by contrast, opens up the potential to create millions of jobs. Therefore, China’s economic activities in Africa are absolutely in the interest of Europe, if it seeks a real solution to the refugee crisis, wrote Habibi. 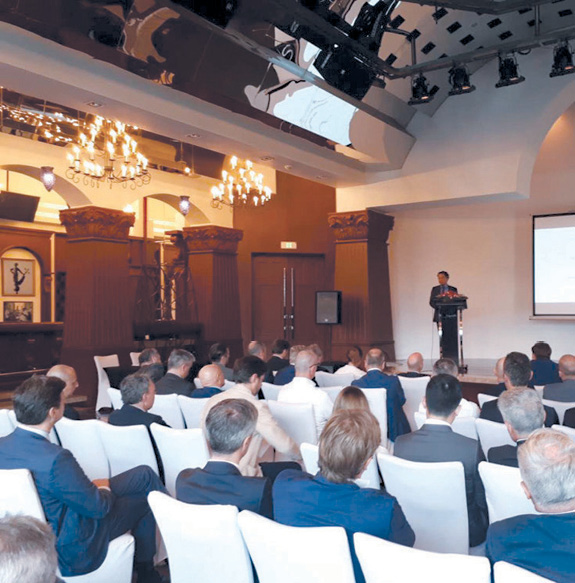 A Great Vision for Humanity’s Future

The new Italian government is already fully on this path. Finance Minister Giovanni Tria and the Undersecretary of State in the Italian Ministry of Development, Michele Geraci, have just signed a memorandum of understanding with China to work together on the industrialization of Africa to overcome the refugee crisis.

Minister of Economic Development and Deputy Prime Minister Luigi Di Maio expressed his satisfaction that Italy is the only European country to hold far-reaching negotiations with China on the New Silk Road, which could probably be concluded by the end of the year. Di Maio says:

The man who introduced China to Europe was an Italian, and an extraordinary one: Marco Polo. . . . Like Marco Polo, I will be fully committed to the New Silk Road because, as deputy Chinese Prime Minister Hu [Chunhua] said yesterday, the arrival point of the Silk Road is Rome, and Italy can not help but be a fundamental partner of China’s economic belt initiative.

That should be an inspiration to us in this country. What we need in Germany is a new combination of forces that will put a new policy for cooperation with China and Russia on the agenda for solving the key strategic challenges, notwithstanding the rearguard actions of the not-so-large Grand Coalition. Instead of continued rejection by North African countries that refuse to set up concentration camps for African refugees in their countries, and instead of completely ruining the image of the EU (which is already very tattered) through the military use of Frontex (the EU’s border and coast guard agency) in the Mediterranean against refugees in boats, we should instead respond immediately to Xi Jinping’s offer to industrialize the African continent together with China.

What is completely lacking in German politics so far, is a great vision for the future of humanity, and that is exactly what China has been placing on the agenda for five years. The spirit of the New Silk Road has long captured the imagination of the majority of countries in the world: the idea of an unprecedented division of labor in the common interest, to shape a future that will not only overcome poverty throughout the planet in a short time, but can also realize the potential of all humans on this earth.

What is needed now are people in our country who are able to rise far above the pussyfooting of the above-mentioned actors, people who practice the art of self-reflection instead of “groupthink,” and who do not leave the fate of Germany to groupings which have already had their chance, but failed to use it.

There is every reason to be optimistic—but we need to act. We have the concept: “The New Silk Road becomes the world land-bridge!”