This transcript appears in the March 6, 2020 issue of Executive Intelligence Review.

On February 29, a standing-room only audience participated for three hours in listening to four presentations—edited transcripts of which are provided here—at the Thalia Theater on Manhattan’s Upper West Side, followed by two hours of discussion. The dynamic between the speakers and the audience, exemplified the historic moment. Helga Zepp-LaRouche opened the meeting with a pre-recorded video message. We include here Schiller Institute moderator Dennis Speed’s remarks that followed, then William Binney (former NSA technical director), Kirk Wiebe (former NSA senior intelligence analyst), and Michael Billington (EIR Asia desk). The full meeting can be watched here. Subheads and embedded links have been added. Helga Zepp-LaRouche: Hello! I’m Helga Zepp-LaRouche, and I’m the founder of the Schiller Institute. I am very happy to speak to you in this extremely important moment of history. The world is heading for what easily could become the worst crisis since the end of World War II. Unless we have a change in direction, there is very clearly the danger that the whole strategic situation could get completely out of control. What makes it so difficult, is that there are many interactive elements to this crisis.

Now, let me start with a very worrisome aspect. Despite the fact that President Trump clearly has the intention to improve relations with Russia and China, there are also very different tones coming out of some other parts of the U.S. administration. Recently, U.S. Secretary of Defense Mark Esper participated personally in a war game based on a scenario of a “limited nuclear war” between the United States and Russia in Europe, which included the use of so-called “low-yield nuclear weapons.” Recently the United States did deploy exactly such low-yield warheads on submarine-launched ballistic missiles on Trident submarines, and that deployment of such “low-yield nuclear weapons” is very dangerously lowering the threshold of nuclear war.

This week there was a hearing in the Senate Armed Services Committee where U.S. Air Force Gen. Tod D. Wolters, who is also the commander of the U.S. European Command and the Supreme Allied Commander Europe—the so-called SACEUR—was asked by Senator Deb Fischer, “What are your views about adopting a so-called ‘no first use’ policy. Do you believe that this would strengthen deterrence?” Gen. Wolters said, “Senator, I’m a fan of flexible first-use policy.” Now, this is Dr. Strangelove in the position of the Supreme Commander of the U.S. forces in Europe. And this is occurring as the U.S. Defender Europe 20 military exercise, with NATO participation—which is the largest maneuver since the end of the Cold War—is moving tens of thousands of U.S. troops and others, like the Bundeswehr [German Army], to the Russian border for several months of maneuvers. In light of all of this, the spread of the Covid-19, which, according to top health officials, is only a step away from becoming a pandemic, shows that we are on the verge of an uncontrollable situation. In Europe already, most international events and conferences have been cancelled, and the Lombardy region of Italy is now under quarantine; it has been named the “Wuhan of Europe.” People are being told by the media, by the TV, by the papers, to get food reserves for several weeks. Already now, the spread of the coronavirus has had a significant impact on the real economy.

China, according to the head of the World Health Organization, has set a new standard in the fight against such epidemics, because it put the defense of life as the first priority and took outstanding measures to contain the spread of the virus. Nevertheless, its GDP in the first quarter will probably go down to 0% as distinct from the expected 6% growth.

China probably has the best chance to recover, but for the so-called West, it looks more grim, because the international supply chains have been interrupted, and will be interrupted much more. The effects of so-called globalization are now striking back. Globalization has led to an outsourcing of production into cheap labor markets such as food production, which is now no longer under the sovereign control of countries, but under the control of international cartels. We no longer have food security in most countries.

This coronavirus, if it becomes a pandemic, or even if it spreads to more countries, will, in all likelihood, become the trigger for the financial meltdown. Not the cause, but the trigger, because this financial system is already at the absolute limit. Since September of last year, the Federal Reserve has been pumping unbelievable amounts of money into the system in the form of so-called repo loans. The other central banks—the European Central Bank, the Bank of England, the Bank of Japan, and others—have pushed money into the system through quantitative easing and negative interest rates, and this is just now reaching an end point, an absolute boundary condition. 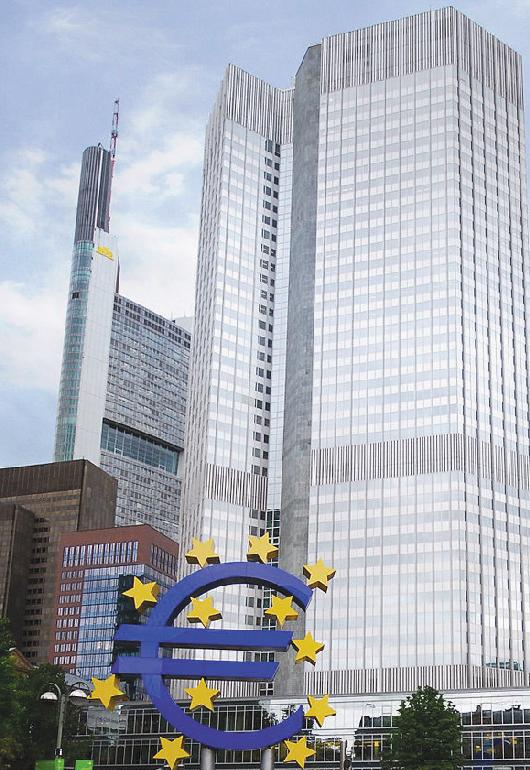 There is a way out.

On January 3, after the assassination of Iranian General Qasem Soleimani—and there was for about two days the danger of a very dangerous strategic confrontation—I issued a proposal for an immediate summit between the Presidents of the United States, Russia, and China, to introduce a new level of cooperation to overcome the danger of geopolitical confrontation. In the meantime, President Putin has made a similar proposal that the governments of the five permanent UN Security Council countries should have such a summit. China and France have already accepted. Today, TASS reports, quoting a high-level U.S. official, that the United States would be very interested in such a meeting on the level of the UN Security Council governments for a new arms control agreement.

Now, I think we have to push the agenda of such a summit to occur immediately. Because I think any delay, given the dangers of the military situation and the dangers of the pandemic, the dangers of the financial system, any postponement is really not very meaningful. This summit must adopt what Lyndon LaRouche has proposed with his Four Laws: a global Glass-Steagall banking separation; the introduction of a national bank in every country; fixed exchange rates among these different nations, and clearly defined infrastructure and development plans which then can become, as a totality, a New Bretton Woods system; and then have an international crash program for reaching a new level in the productivity of the world economy by focussing on a crash program on fusion power, on optical biophysics and other life sciences, and international space cooperation.

This is now a moment of extraordinary danger, and we could lose human civilization. But if enough forces around the world join in our mobilization to bring this New Paradigm about, it could also be the beginning of a completely new epoch. There has been one man who proposed and prognosed all of these developments as early as August 1971. That is my late husband, Lyndon LaRouche, who, when Nixon basically abandoned the fixed exchange-rate system, and decoupled the dollar from the gold standard, Lyndon LaRouche said that if this tendency is continued, it will lead either to the danger of a new fascism and depression, or a just, new world economic order will be implemented.

Now, he also worked out the solutions for what can be done, which we have published and will continue to publish much, much more.

Therefore, I am appealing to all of you to join the fight for the exoneration of Lyndon LaRouche, and the implementation of his ideas. This is the very best thing you can do to secure the future.

People like to talk about something they call the “deep state.” We don’t mind that, but we know that it is neither a state, nor is it deep. [laughter] We know, those of us who have been involved, from those early days of the ’70s in some cases, and later in other cases, that you’re talking about an imperial force, and it’s an imperial force that terrifies a lot of people, but it mainly terrifies them, because they refuse to submit themselves to rigorous thought in the service of bold action. That’s all the problem is.

It’s important to say that there is a faction of the American military and military intelligence, which is patriotic. It’s a faction that intended to defend the United States, and it’s a faction that also intended to make certain kinds of engineering and technical, and even scientific breakthroughs, on behalf of utilizing technology for positive purposes.

William Binney, a former intelligence official at the National Security Agency for over a 30-year period, attempted to do that, and was prevented at a critical moment, prior to September 11, 2001, from doing his job. The United States paid for that. You can’t walk away from that crime.

But talking about that from the standpoint of whether the planes were real, or how the buildings came down, or all these other things, doesn’t cut it. You have to confront something else: You have to confront what’s happening to you, right now, apart from your partisan beliefs, your political affiliations, you have to confront the fact that something is happening to all of us, and it’s your responsibility to listen to the people that can tell you what that is, in such a fashion that you can then take the responsibility that many of us, all, want to take!

Bill has spoken to several audiences, including to one here, three years ago, at Symphony Space, and we’re happy to have him here with us today. So, without further need to say anything, I’d like you to join me in welcoming William Binney, NSA whistleblower. [applause]