The P5 Summit Proposed by Putin Could Be the Last Chance

This is the edited translation of an article written in German by Mrs. Zepp-LaRouche. 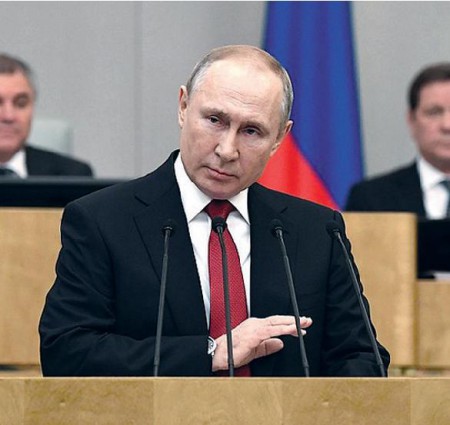 kremlin.ru
Russian President Vladimir Putin, addressing a plenary session of the State Duma on amendments to the Russian Constitution, March 10, 2020.

July 11—Mankind is currently confronted with an unprecedented challenge: Do we have the moral fitness to survive? The all-important question hinges on whether enough of the main actors on the world stage are able to raise their thinking to a higher level of reason in time, or whether they will cling to their respective ideologies and patterns of action. In the latter case, the extreme tension arising from the combination of the escalation of the coronavirus pandemic, the decline of the physical economy, the systemic collapse of the financial system, and growing geopolitical confrontation among major powers, threatens to lead to a breaking point, which could degenerate into social chaos and a new world war.

What is needed now, is not a multitude of small steps and measures to deal with all the different crises, but a veritable Grand Design, the realization of a vision for mankind’s future with a comprehensive solution, one taking into consideration the interests of all mankind. This window of opportunity is relatively short-term. In January of this year, Russian President Vladimir Putin proposed a summit of the heads of state of the five permanent members of the UN Security Council. The United States, China, France, and the United Kingdom have already agreed to have such a summit. Putin emphasized that the purpose of this summit, 75 years after the end of World War II, must be to establish a peace order—to ensure that such a catastrophe will never again happen.

The dramatic crisis of the pandemic and the ensuing plunge of the real economy, combined with the danger of a systemic financial collapse worldwide, present a unique opportunity to lay the basis for a new world economic order based on a New Bretton Woods system. A Bretton Woods system in accordance with the original intention of Franklin D. Roosevelt’s Bretton Woods System, can overcome under-development in the developing countries, and provide the foundation for peace by improving the living standards of all people on this planet.

In a webinar interview with the Center for the National Interest, the Russian Ambassador to Washington, Anatoly Antonov, underscored the essential role of such a summit as an alternative to scenarios with unpredictable consequences:

We have conveyed our proposals on the agenda to our partners. They include key issues affecting global politics, security, and economy....

The world needs to establish a democratic system of relations that would envisage the principle of indivisible security, equal opportunities for development and search for the balance of interests of participants of international communication.

Russian Foreign Minister Sergey Lavrov, in an address to the Primakov Reading Forum, stressed that one of the items on the agenda for the P5 summit must be the inadmissibility of nuclear war:

We ... are particularly concerned about the Americans’ refusal to reaffirm the fundamental principle that there can be no winners in a nuclear war, and, consequently, it must never be unleashed. Of course, we will promote this subject—the inadmissibility of a nuclear war, the impossibility to win it—in the context of the upcoming summit of the five as well.

Ambassador Antonov also quoted the speech by Putin at the June 24 parade to celebrate Victory Day:

We understand how important it is to strengthen friendship and trust between nations and are open to dialogue and cooperation on most pressing issues on the international agenda. Among them is the creation of a common reliable security system, something the complex and rapidly changing modern world needs. Only together can we protect the world from new dangerous threats. 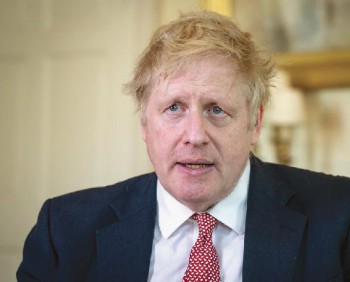 The unexpected announcement by UK Prime Minister Boris Johnson of his intention to implement an investment program in the tradition of President Franklin Roosevelt, that is, a New Deal (even if the cited sum of £5 billion is only a small first step in the right direction) provides a very useful common thread among the other four heads of state, all of whom have referenced Roosevelt in positive terms in the past.

What is needed today is precisely Roosevelt’s program in full: Glass-Steagall bank separation, an industrial development plan on a global scale this time—a New Deal for the entire world—and a credit system, a New Bretton Woods. One of the first steps should be international cooperation to develop a worldwide health system, i.e., a modern health system in every single country up to at least the standard that China demonstrated in Wuhan in fighting the outbreak of the pandemic.

This summit, which must take place in September at the latest, will in all likelihood be the last chance to establish a basis of trust for a strategic orientation of international relations among nuclear powers that can set the course for overcoming the global economic crisis. If this opportunity is missed, not only does the toxic tone that has been struck between the United States and China in particular, threaten to escalate into an irreparable conflict, but the looming danger of a second wave of the pandemic followed by renewed economic shutdowns could completely shatter social peace in many of the affected countries.

The Leibniz Institute for Economic Research in Halle has warned that the effects of the first lockdown in Germany will lead to a wave of bankruptcies, which in turn will create difficulties for numerous savings banks, and for banks with receivables in the hundreds of billions. Such a new banking crisis would then be followed by an even deeper recession, the institute warns. And Germany is still in a comparatively strong position.

The discussion in the trans-Atlantic neo-liberal establishment is shaped by the assumption that, under these circumstances, a sharp decline in international stock markets of at least 20-30 percent and the increase in death rates from a second wave of the pandemic will be blamed on President Trump. And it will guarantee that establishment’s intention to ensure his defeat in the November elections. Given the relentless campaign which the forces of the British Empire have carried out for three and a half years in their coup attempt—from the “Russiagate” fraud to the impeachment proceedings, and the current statue-smashing frenzy—the City of London and Wall Street would be more likely than not to let such a sharp decline in the stock markets happen.

Although in the early stages of the outbreak of the Coronavirus pandemic, President Trump had praised the Chinese government’s vigorous actions in the city of Wuhan and Hubei province, and stressed his friendship with President Xi Jinping, he shifted positions tentatively as of April 18 and then definitively as of April 30, to blame China for the spread of the virus worldwide. This assertion was first made by the former heads of MI6 Sir John Sawers and Sir Richard Dearlove, and the London-based Henry Jackson Society which, in a blatant provocation, challenged China to pay $9 trillion in reparations! It has been rejected as unfounded even by American medical experts. A WHO delegation is currently in Wuhan to investigate the origins of the virus and the chronology of the pandemic. 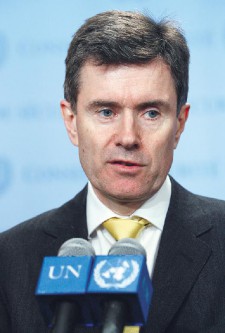 The British Empire on the Ropes

The same British Empire forces behind the coup against President Trump consider his intention to establish good relations with Russia, as well as his initially positive relationship with President Xi, to be a deadly threat to their geopolitical interests—having increasingly endeavored to curb the rise of China for years now. That is the motive behind the Pentagon’s 2018 National Defense Strategy paper, which defines China and Russia as the top strategic rivals in the “Great Power Competition.” Defense Secretary Mark Esper underlined this political orientation in a recent “Message to the Troops,” saying that China should be made the “pacing threat” in “all of our schools, programs, and training.”

The British Empire’s policy—marked by the British East India Company and its colonial policies, the opium wars against China, Prince Philip’s World Wildlife Fund and Mark Carney’s Green New Deal today—has been based on Malthusian population reduction. From this standpoint, China’s New Silk Road policy—which for the first time offers developing countries the chance to overcome underdevelopment—makes it a “strategic competitor.” And, of course, there is competition between these systems.

Looking at the world from above, it is clear that cooperation between the two largest economies in the world, the United States and China, is indispensable if mankind is to overcome this pandemic and other impending pandemics, as well as hunger, poverty and underdevelopment in the so-called Third World. From the standpoint of the British Empire, i.e., of the oligarchical financial interests that rely on maximizing profit for their caste, and population control for all others, since the time of the British East India Company’s Parson Malthus, the poisoning of the U.S.-Chinese relationship is a top priority.

Russian Foreign Minister Lavrov has just warned that the United States’ withdrawal from the disarmament treaties has significantly increased the risk of a global nuclear confrontation. And he has said that he hopes this escalation will not reach the point of no return. Chinese Foreign Minister Wang Yi, for his part, has expressed his concern that U.S.-China relations have hit their lowest point since the establishment of relations between the two nations.

The summit of the five permanent members of the UN Security Council proposed by President Putin is likely, for all the reasons mentioned here, the last chance to put a completely different program on the agenda, in order to prevent the development of the escalating effects of the pandemic, hunger, economic collapse, and a financial crash from running their course. If that course is not shifted, the war danger resulting from the rapidly ensuing chaos may become unstoppable.

All people of good will, and all countries worldwide, should consider it to be in their own interest to support the success of this summit to the utmost.