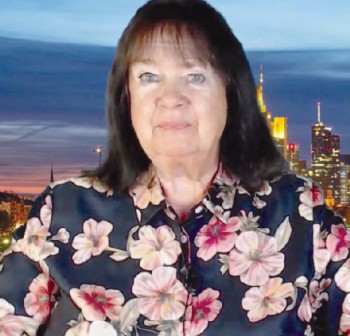 Helga Zepp-LaRouche is the founder and chairwoman of the Schiller Institute. This is the edited transcript of her presentation to the Schiller Institute International Conference, on June 27, 2020, “Will Humanity Prosper, or Perish? The Future Demands a Four-Power Summit Now,” on Panel 3: “The Job of Youth.”

I want to bring to your attention a very important writing by Friedrich Schiller, after whom the Schiller Institute is named, and that is “Why Do We Study Universal History?” This was an address which Schiller gave to students in Jena in 1789, where he talked to a room full of students like you who are now assembled here on this webinar, and he said that the fact that we have assembled here—and you can actually refer this to our situation as well—you have to take all of universal history into account: All of you come with a very specific history, family, background, cultural experiences, something which made you join this webinar. And he basically then says, it is that which brings people together which makes them uniquely qualified to respond to the historical moment in which they are.

Now, we would not be here without the man you just listened to, namely, my late husband, Lyndon LaRouche, who was really the most spectacular, knowledgeable—he knew just about everything. He ran eight times for President, he was known throughout the world. We had many leaders in India, in Mexico, in African countries, who all expressed one thing, namely, that he was about the only American they could trust. And he had developed a unique method of scientific knowledge, of forecasting; he predicted every single aspect of this situation in which we find ourselves. He talked about the pandemic; he talked about the systemic collapse of the financial system, when it was absolutely not apparent, because everything supposedly was going well. But if people would have listened to him, we would not be in the situation we are in now.

But I want to emphasize one quality, which I think distinguishes him from all other people, because he had the most unbelievable passion for mankind. And since it’s now not so fashionable that young people should have passion for mankind, I would like to encourage you to take that specific aspect, the agapē of Lyndon LaRouche, because if we are going to save civilization, and if you are going to save civilization, because it’s your future, I think you need exactly that incredible love for humanity, and then, there is no problem which is unsurmountable. That’s really what I wanted to tell you.