This article appears in the July 24, 2020 issue of Executive Intelligence Review.

The Transparent Game of the British Empire Against Russia and China

The changing numbers are more than just economic data: after China’s gross domestic product (GDP) shrank by 6.8% in the first quarter as a result of the pandemic—the first time this has happened since the end of the Cultural Revolution in 1976—the Chinese economy grew in the second quarter by 3.2%. Mei Xinyu, a researcher at the Ministry of Commerce, commented “China’s GDP for 2020 could be slightly lower than that of the United States.… But if the domestic chaos in the United States escalates, China’s whole-year GDP could exceed that of U.S. this year.”

This probable development forms the background against which U.S. Attorney General William Barr just gave a fire-breathing talk about geopolitical confrontation at the Gerald Ford Presidential Museum. That presentation definitely brought him into the ultra-Sinophobic company of Secretary of State Pompeo, Secretary of Defense Esper and FBI Director Wray. For Barr, the phenomenal rise of China, which Deng Xiaoping initiated with his reform policy, that allowed China to lift 850 million of its citizens out of poverty, is not proof that the government is serving the common good, but rather it is only due to the Communist Party’s wish to prove that socialism is superior to capitalism. Barr could have asked these 850 million Chinese or U.S. citizens of color in Alabama and Mississippi for their opinions.

Barr calls China’s “Made in China 2025” program to become the world market leader in ten technological areas, such as artificial intelligence, robots, and telecommunications, the ultimate threat. This program of the People’s Republic of China was announced years ago. China has now achieved this status in some areas, such as 5G technology, high-speed rail and maglev systems, nuclear fusion technology, and aspects of space technology. These technological breakthroughs alone demonstrate the absurdity of Barr’s argument that China has only been able to accomplish all of its economic achievements by stealing them through industrial espionage or by influencing American companies.

China’s rise could have something to do with the fact that while this 5,000-year-old civilization has consciously revived its best cultural traditions, it is, at the same time, fostering innovation in production and excellence in education. It should come as no surprise that this successful combination, after 40 years of reform policy, has led to this nation of 1.4 billion people now claiming an equal rank among the world’s leading nations.

Definitely Not ‘The End of History’

The neoliberals’ calculation that China would also adopt the western model of democracy and free market economy when it joined the World Trade Organization has obviously not worked. Behind it was the idea of the “end of history” that Francis Fukuyama had expressed after the demise of the Soviet Union. 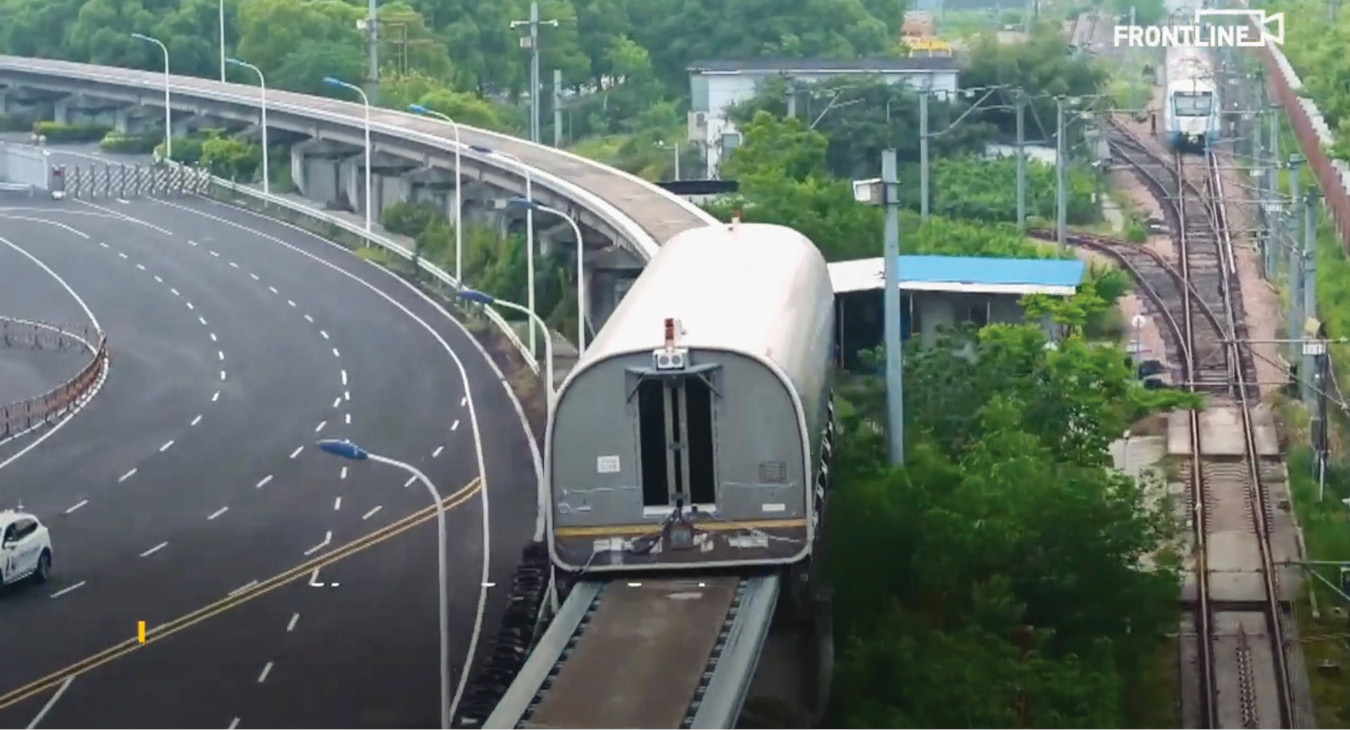 CGTN
China has gotten its economy going again faster than most western countries. Here, a prototype maglev train with a top speed of 600 kilometers per hour. Testing of the prototype resumed in Shanghai on June 21, 2020.

But instead of all states submitting to the dictates of the financial markets and the associated maximization of profits for the caste of speculators, there has been a tremendous counter-movement worldwide. Especially since China in 2013, with its offer of cooperation in its Belt & Road initiative—the New Silk Road—for the first time gave developing countries the chance to overcome their underdevelopment, and the poverty left behind by colonialism, through the development of infrastructure and industrialization. The secret services controlled by the City of London and Wall Street have increasingly characterized China as a threat.

China has repeatedly emphasized that it has no intention of replacing the United States as the sole superpower. China is, however, committed to international relations based on cooperation among sovereign states, which neither interfere in the internal affairs of other nations, nor attempt to change the others’ social systems.

When it became clear in March and April that China was not only much more able to curb the coronavirus pandemic, but also to get its economy going again faster than most western countries, the geopolitical attacks against China increased, but also against Russia. In his speech, Barr claimed that hackers associated with the People’s Republic of China were attacking American universities and companies with the intention of taking research results on vaccines and drugs against COVID-19.

The British National Cyber Security Centre (NCSC), for its part, claims that the Russian group APT29, also known as “Cozy Bear,” is trying to gain access to academic and pharmaceutical research facilities of all states that are researching vaccines.

An explosive turning point in this secret service war has now emerged from President Trump’s decision to commute the sentence of his former campaign advisor, Roger Stone. Stone submitted a Declaration from William Binney, the former Technical Director of the NSA, in his court case. Binney and the Veteran Intelligence Professionals for Sanity (VIPS), a group of former U.S. intelligence agents, have provided forensic evidence that there were no Russian hacking attacks on the computers of the Democratic National Committee (DNC), the leadership body of the Democratic Party, to account for the publication of extremely damaging information on Hillary Clinton during the 2016 campaign by WikiLeaks. Rather, these files appear to have been leaked by an insider using a thumb drive. This evidence challenges the entire basis for Russiagate and the three-and-a-half-year coup attempt against President Trump, as well as the charges against Roger Stone.

Immediately after his imprisonment was prevented by the President’s action, Roger Stone highlighted, in an interview on Fox, that he had tried to prove in court that Russiagate was a hoax by seeking a hearing on Binney’s evidence, but was prevented from presenting the full story by a corrupt judge.

The explosiveness of this story lies not least in the fact that the identity of the supposed hackers of the DNC servers had been the basis for the Russiagate affair. This Russian hacker group called “Cozy Bear” was originally named by the CrowdStrike company as responsible for the hack attack, and has now been blamed for new alleged hack attacks in search of vaccine research. 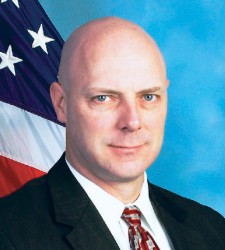 FBI
Shawn Henry, President of CrowdStrike, is also its Computer Security Officer. He had a 24-year career at the FBI, and rose to Executive Assistant Director of its Criminal, Cyber, Response and Services Branch.

The very public surfacing of the statement by Shawn Henry, CrowdStrike’s main cyber-attack expert, who admitted on December 5, 2017, to the U.S. House Intelligence Committee, that CrowdStrike had no concrete evidence that any files ever left the DNC as the result of a hack, is another big factor. That testimony was only made public in May 2020.

An additional element of the fraud of this outrageous conspiracy underlying Russiagate has now emerged from a British court, in a lawsuit against Christopher Steele. As the investigative reporter John Solomon reports, the trial documents prove that the FBI was guilty of criminally deceiving the FISA (Foreign Intelligence Surveillance Act) court, by keeping silent on the fact that the person who ultimately commissioned the Russiagate story was Hillary Clinton. And that Steele closely coordinated his activities with Victoria Nuland of the State Department, who was a key figure in the Maidan coup against the Ukrainian government in February 2014.

Who Colluded with Whom

Taken together, all of these secret service operations that have been made public show that the “collusion” did not take place between Trump and the Russian government in 2016, but between the Obama administration’s secret service apparatus and the British secret service, first against presidential candidate Trump, and then against President Trump. And some of his cabinet members, who are now leading the campaign against China and Russia, have suppressed this information. Pompeo, at the request of President Trump, was personally informed by William Binney in detail about the forensic impossibility of the Russian hack attack story on October 24, 2017.

It remains to be seen whether Attorney General Barr will finally take action against the conspirators of the Russiagate affair, about which he has all the necessary information, or whether he will only advance the confrontation against China.

One thing is certain: the representatives of the old paradigm—the geopoliticians of the British Empire—will do everything possible to sabotage the summit of the five permanent members of the UN Security Council proposed by President Putin, by continuing to make such accusations against Russia and China. This summit has the potential to lay the foundation for a new paradigm—one of cooperation among the world’s major nations, the United States, China, and Russia—and that would be the end of geopolitical manipulation. As you read and hear the hate speeches against Trump, Putin, and Xi in the media, keep that in the back of your mind.