The World Must Distance Itself from Pompeo’s Warpath Against China!

Aug. 1—In a bloodcurdling speech entitled, “Communist China and the Future of the Free World” at the Richard Nixon Presidential Library in Yorba Linda, California, on July 23, U.S. Secretary of State Michael Pompeo asked for nothing less than a complete break with China and the creation of an international anti-China alliance, with the clear intention of bringing about a regime change in Beijing. If the world has learned anything from the prehistory of the two world wars of the 20th century, then it is the realization that such a systematic construction of an enemy image is always part of an urgent war preparation. All peace-loving forces around the world—including the United States itself—must counter this danger before it is too late. 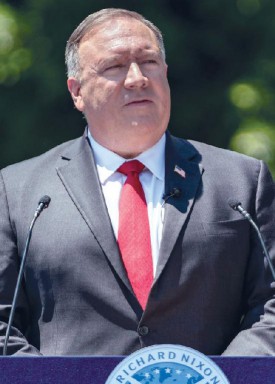 The fact that Pompeo chose this place for his speech, in which he pompously asserted that Nixon’s policy towards China, put in place in 1971, had failed, is a vivid expression of Pompeo’s habit of trying to wrestle historical truths to the ground, just as he does with party colleagues, allies, and opponents alike. He claimed that Nixon was right when he wrote in 1967 that “the world cannot be safe until China changes.” Chas Freeman, who accompanied Nixon on his historic China visit as a translator in 1972, corrected Pompeo, who had misrepresented what Nixon wrote in Foreign Affairs in 1967, because Nixon also wrote, “we simply cannot afford to leave China forever outside the family of nations.”

In fact, Nixon’s goal was not to change the political system in China, but to strengthen China’s international position in the face of deteriorating relations between the Soviet Union and China. When Kissinger arrived in July 1971 in China—a country that was still suffering from the turmoil of the Gang of Four—to prepare the journey of the deeply anti-communist Nixon the following year, China still considered the United States a “paper tiger,” and it would take until 1979, three years after the end of the Cultural Revolution, for the United States and China to establish diplomatic relations.

It was only with China’s admission to the WTO in 2001 that there was the explicit intention that China would gradually adopt the “Western” liberal economic and political system as well, if it were to integrate into global commerce.

This, however, was never the intention of China which, although it used the policy of reform and opening-up to place economic policy on a basis of permanent innovation—China is now the country with the most patent applications worldwide—it remained politically and culturally committed to the traditions of its 5000-year-old history. Travelers in China can see the carefully restored monuments of various eras—from the Great Wall to pagodas, Confucius statues, and palaces, to Buddhist temples—everywhere. China’s is a completely different culture from that of the USA and Europe, and its “socialism with Chinese characteristics” has practically nothing to do with communism such as was practiced in the Soviet Union or the GDR, but rather reflects the continuous, 2000-year tradition of Confucianism.

The Chinese Communist Party is therefore not an elite club like the transatlantic establishment, which consists of the boardrooms of the City of London, Wall Street, the DAX 500 companies, “Inside the Beltway,” or the EU bureaucracy—but instead the party has 93 million members and is based on the principle of meritocracy. Well over 90 percent of the population have confidence in the government, thanks not least to the fact that more than 850 million people have been lifted out of poverty in the past few decades, and that Xi Jinping’s motto—that protecting human life is the first priority—has just been proven in the fight against the coronavirus pandemic. 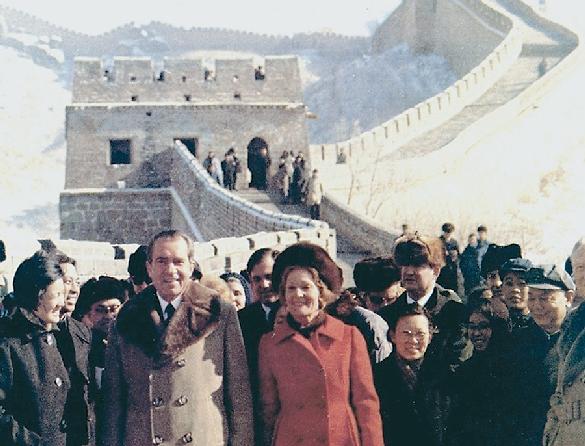 In view of the historical and cultural situation in China, Pompeo’s “Nixon speech” seems like the proverbial appearance of the “the bull(y) in the China shop”: “Changing the CCP’s behavior cannot be the mission of the Chinese people alone ... To quote scripture, I ask is ‘our spirit willing but our flesh weak’?... Securing our freedoms from the Chinese Communist Party is the mission of our time,” Pompeo continued.

This open call for regime change in Beijing and the creation of an international anti-China alliance is not only dangerously close to a declaration of war. When the foreign minister of the strongest military power refers to Scripture as a motivation for his policies, the alarm bells should sound. In a speech at the “God and Country Rally” in 2015, Pompeo expressly said that he was working towards a biblical rapture. For this type of evangelical fundamentalism, the Armageddon assumption is part of the belief structure. It is the notion that in the “end times,” all True Believers will be lifted up to heaven, while the rest of the world will perish.

On the other hand, Pompeo admitted, in a discussion at Texas A&M University, that as CIA director he advocated the philosophy: “We lied, we cheated, we stole. We had entire training courses. It reminds you of the glory of the American experiment.” So with Pompeo, you can never be sure whether he really accepts an Armageddon as a result of his policy, or whether he has just lied again. But in the case of Elmer Gantry, one didn’t really know either, until the bitter end. One thing is clear: Pompeo contributed to the fact that the lies about Russiagate could be continued for three years, by suppressing the forensic evidence that Bill Binney presented to him in 2017 that there was no Russian hacking.

In any case, the tirades against China by the Pompeos, Espers, Navarros, and Bannons that surround President Trump and the mainstream media, have a dangerous effect on the views of the American people. According to a study by the Pew Research Center, three quarters of all Americans now believe that China is responsible for the worldwide spread of the corona virus, and over 60 percent believe that China has reacted poorly to this outbreak. By contrast, there is a widespread consensus among medical scientists and doctors internationally that China has set new standards in combatting pandemics.

While President Trump had often expressed respect for China and admiration for Chinese culture, and spoke of “my friend Xi Jinping” at the beginning of his term, the tone in the military establishment changed more recently with the “National Defense Strategy” of 2018, which termed China a strategic competitor and a revisionist power.

Now it is being portrayed as an opponent, enemy, and greatest threat. The reason was not something in Chinese politics that would justify this, but rather the rapid economic growth of China, and the obvious attractiveness of the Chinese model, which China has offered to developing countries with its “Belt and Road Initiative,” the new Silk Road. President Xi and other government officials have stressed in countless speeches that it was not their intention to replace the United States as a hegemonic power, but that China was striving for a partnership based on respect for sovereignty and for the various social systems. 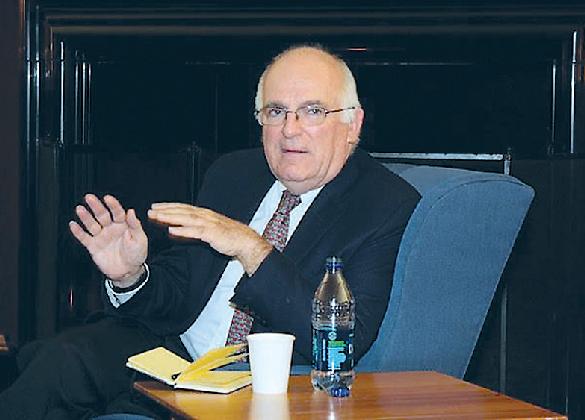 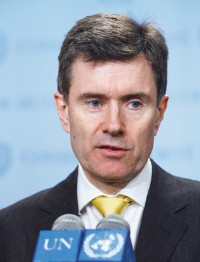 When it became clear from March of this year at the latest, that China not only knew how to contain the pandemic much better than the United States (and most other western countries), but was also the only country to once again achieve positive economic growth, the attacks escalated. Starting with former MI6 chiefs Sir Richard Dearlove and John Sawers, and then the whole neocon chorus in the Trump administration, China was declared ever more vociferously to be responsible for the spread of the pandemic; the London-based Henry Jackson Society even had the presumption to demand $9 trillion in damages from China. A Republican Party election strategy paper recommends that Senate candidates not defend Trump, but hold China responsible for the pandemic.

Unsurprisingly, the tone of the Chinese reaction has sharpened dramatically. Various articles warned that the mistakes of the 1910s and 1930s should not be repeated, and that China had to expand its nuclear arsenal as the only means that could limit American arrogance.

It must be clear to every thinking person that the future of the whole world will depend largely on whether the United States responds to China’s inevitable rise by hopelessly trying to stop this development, which can only lead to World War III, or whether it will bring together the two largest economies in the world, to work together with the rest of the world to tackle major challenges such as the pandemic, economic crisis, world hunger and poverty. The dangerous hate campaign of Pompeo against China must be rebuffed.