THE SWEETNESS OF TRUTH SEEKING

The Very Worst Situations Can Be Turned

The following is an edited transcript of Zepp-LaRouche’s remarks to the Panel, “A Human Future for Youth: A Beethoven-Driven Renaissance of Classical Culture,” of the Schiller Institute’s December 12-13 conference, The World After the U.S. Election: Creating a World Based on Reason.” Mrs. Zepp-LaRouche is the founder and President of the international Schiller Institute. The four presentations that follow hers here are by members of the International LaRouche Youth Movement. 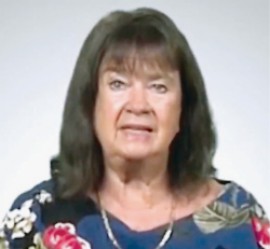 There is no question that if you look at the condition of humanity, for the largest part of the people on this planet, it is terrible. We are in a civilizational crisis, of unprecedented dimension. We have had Dark Ages before, in many cultures, but as mankind progresses, each collapse of culture has even worse effects. In a less developed culture, one not yet reaching a high level of population and culture, it is not as bad as that at a higher level, which collapses precipitously.

This was discussed by Friedrich Schiller, who in his time, asked, how is it that we are still barbarians? He addresses this, saying that for a society which is progressing and is not yet very developed, which has not yet reached a high level, a collapse is bad; but when a more advanced society falls back and degenerates, it produces much more disgusting results. He talked about the question of barbarians. What are they? The word “barbarian” comes from Greek, and it refers to what the Greeks thought of the speech of barbarians, that their language sounds like, “bar-bar, baba, bar-bara, ba-ba”—that’s what their language was to the Greeks.

It is terrible if you have people who once were more developed, who become barbarians, who become a barbarian faction. They are no longer able to function on the level they used to be at. Maybe coming events will cause people to really rethink things.

In Germany, we have now an exponential growth of COVID-19 in certain areas. The government decided that beginning December 9, they would go into a hard lockdown, which means that only food stores and pharmacies will be open, everything else will be closed. They expect that in the retail sector alone 250,000 more jobs will be lost. Looking at the figures in the United States, you also have an exponential growth of disease in some hot spots.

Some people may think such lockdowns, especially during the Christmas holidays, are horrible, I will not be able to see my friends over the holiday season. But a lockdown sometimes can also be an opportunity: Because you can also think. We need a Renaissance. We urgently need a Renaissance movement of people who develop more elevated ideas. So, if you are confronted with such constraints, say, “I’m going to really read, and write, and study, and not lose time like normally. I’m going to really use this time to make something great out of it.”

I did that once: There was a period at the end of the ’70s, when I had to be locked down for almost three-quarters of a year—I could not move around—and that is when I re-read the entirety of Schiller, not once, but several times. And this was such an incredible experience. It was that accumulated excitement and knowledge that brought me to create the Schiller Institute. I would not have been able to do that without that lockdown.

Even the worst things can have very important results, if you turn a crisis into an opportunity. John Sigerson, earlier in this panel [see EIR January 15, 2021], was talking about the De Visione Dei, (The Vision of God,) by Cusa, which is a very beautiful work, it’s a manductio, a pedagogy, showing how Cusa gets people to come closer to this wall of the coincidence of opposites, and leads you to the incredible intellectual challenge of what it means to look behind the wall of the coincidence of the opposites.

What John said caused me to remember: I don’t want to give away the show, because you should read it yourself, but I wrote an article about that particular writing as a birthday gift for Lyn’s 65th birthday [Published first as “On the Sweetness of Truth,” in: Festschrift for Lyndon LaRouche, Wiesbaden: EIR, 1987, pp. 67-76]. One of the ideas Cusa presents is that the sweetness of truth is much sweeter than any other pleasure of the senses you may experience: And that is absolutely true, because once you have experienced such creativity, in whatever field—in music, in physical economy, in historical studies, in other fields—once you have experienced and accessed that creative mentation inside yourself, you will get an experience which will make you happy. You experience the sweetness of truth and will throw away all the other sweets, like Snickers, when they get too expensive. You don’t worry about that anymore, because you have discovered the sweetness of truth which is much more sweet than all the Snickers in the world.

We should go into this period now, being strengthened through the ideas discussed at this conference. We can all go to the Classics, from Plato to Confucius, to Lyndon LaRouche, to all the great composers, poets, thinkers, and scientists. There is an incredible arsenal of ideas. You can develop your life in such a way that in your mind you have an image like Raphael’s School of Athens; then you have all these friends. You have all these thinkers, who are your friends. You can consult them, and you can share ideas with them. Your mind becomes very rich, and you are equipped in the best way to deal with the situation we are facing. We have a very good chance of turning this situation around, because we are truly in a revolutionary moment worldwide, which needs to be filled with ideas and given shape.

I thank you all for your participation, and I’m happy to call you my friends.