Message from the Biden Administration

‘Nuclear War Is a Real Possibility’

Translated from her lead article in the German weekly, Neue Solidarität, No. 6, February 11, 2021. Subheads and embedded links have been added. 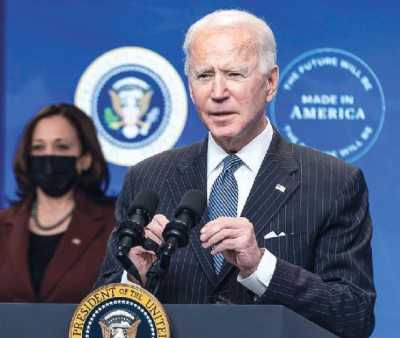 Feb. 6—Relations with America will not be easy for yet some time to come. Given the various strategy papers against Russia and China as well as statements by leading military officers, President Biden’s announcement in his first foreign policy speech that “America is Back,” sounds like an undisguised threat. Under his leadership, he said, the days of the United States’ “rolling over” when faced with Russia’s aggressive actions are over, and China’s aggressive, coercive actions will be countered. The title of his speech was “America’s Place in the World,” and according to Biden, that place is everywhere in the world. Governments as well as responsible citizens throughout the world need to begin reflecting without delay on how they will respond to the statements of political intent heard in the context of Biden’s taking office. 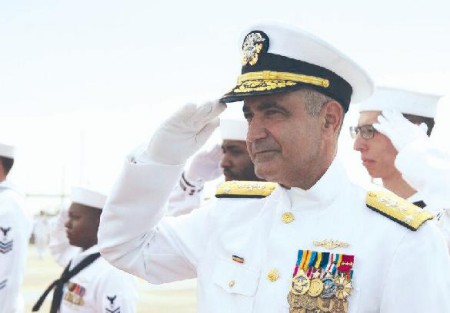 The most shocking statements came from Admiral Charles A. Richard, the commander of the U.S. Strategic Command, who wrote in the February issue of the U.S. Naval Institute’s Proceedings:

There is a real possibility that a regional crisis with Russia or China could escalate quickly to a conflict involving nuclear weapons, if they perceived a conventional loss would threaten the regime or state. Consequently, the U.S. military must shift its principal assumption from “nuclear employment is not possible” to “nuclear employment is a very real possibility.”…

It should be clear that Admiral Richard is talking here about World War III, which would likely mean the annihilation of mankind. Indeed, as MIT nuclear arms expert Theodore Postol, among others, has repeatedly and convincingly argued, the crucial difference between conventional and nuclear weapons is that a nuclear war does not remain limited. But NATO’s utopian faction believes, on the contrary, that a limited nuclear war could be “won.” And what “regional conflicts” might be considered? A conflict on the Russian border because of the Aegis-based missile defense systems in Poland and Romania? Or over Eastern Ukraine, with Europe becoming the theater of war? A conflict between Israel and Iran, or an escalation of tensions around Taiwan? 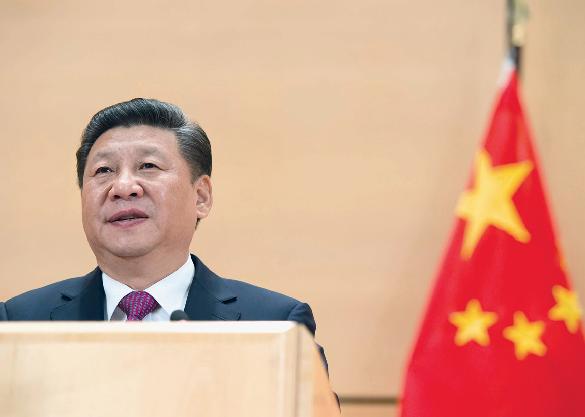 UN/Jean-Marc Fereré
Considering the success of the Chinese economic model and the speed of its technological innovation as a threat to American domination of the world, the Atlantic Council is openly calling for a coup against President Xi Jinping.

Admiral Richard’s outrageous remarks must be considered against the backdrop of several different strategic papers and doctrines, the most perfidious one being a document released by the Atlantic Council on January 28. The document is signed “Anonymous,” who is “a former senior government official with deep expertise and experience dealing with China,” according to the description given in the Foreword by Frederick Kempe, the head of the Atlantic Council. The 85-page paper, described as one of the most important the Council has ever published, is titled “The Longer Telegram: Toward a New American China Strategy,” in explicit reference to the 1946 “Long Telegram” document, also published anonymously at the time by George Kennan, in which he called for a containment policy against the Soviet Union.

This new anonymous author openly calls for a coup against President Xi Jinping and his “inner circle” in order to replace him with opposition leaders from within the Chinese Communist Party (CCP). Since overthrowing the entire Communist Party with its 91 million members has little chance of succeeding, he says, U.S. strategy must remain “laser focused” on Xi Jinping and aim to split the CCP leadership, where senior party members disagree with Xi’s policy direction and his endless demands for absolute loyalty. One should help those circles in the CCP leadership come to power who, unlike Xi Jinping, do not want to implement their own Chinese model of an international order but will submit to the U.S.-dominated world order.

Xi, according to “Anonymous,” intends to project China’s authoritarian system throughout the world, and no longer poses a problem just for the U.S.-led liberal international order and U.S. primacy, but a serious problem for the entire democratic world.

Now, let’s just try a mental exercise. How would the German government react if a leading Russian think tank were to publish a study calling for the overthrow of Chancellor Merkel and her inner circle with laser-like precision, in order to help a faction in the CDU to take power that would be subordinate to Moscow’s interests, while at the same time the commander of strategic weapons was saying that a nuclear war is likely? There would be an unprecedented uproar in all of Germany! It should surprise no one that the editor-in-chief of China’s Global Times, Hu Xijin, responded to Admiral Richards’ article with a call for China to build a nuclear arsenal of 1,000 nuclear weapons in order to make China’s second-strike capability credible.

Both in the Atlantic Council document and in the official paper of the U.S. State Department’s Office of Policy Planning titled “The Elements of the Chinese Challenge,” it is clear that it is the success of the Chinese economic model and the speed of its technological innovation that are considered the threat to American domination of the world. Not only was it a miscalculation to assume that China’s integration into the world market by joining the WTO would automatically lead to its adopting the Western neo-liberal model of democracy, the State Department paper says, but China also built its own “Marxist-Leninist model” into an authoritarian state, dominated by “the party’s extreme interpretation of Chinese nationalism.” In addition, it goes on, China is determined to bring about a “national rejuvenation” culminating in the transformation of the international order.

We cannot comment here, of course, on all of the extremely hostile accusations contained in the two papers, that of the State Department also being 72 pages long. In summary, it can be said that virtually all the charges alleged against China’s policy are a projection of their own policies and intentions. No attempt is made to understand China from the standpoint of its 5,000-year history and culture, nor is there any acknowledgment of what an enormous civilizational achievement it was for China to lift 850 million people out of extreme poverty in recent decades. From this perspective, of course, the Silk Road Initiative is not regarded as an economic policy that allows developing countries to overcome their underdevelopment for the first time ever, but as the proof of China’s hegemonic intentions.

Given the National Security Agency’s total surveillance of not only its own population, but that of the entire world since September 11, 2001, and the censorship of even the sitting U.S. President Trump by the TV networks and the IT giants of Silicon Valley, it takes a very special kind of optics to accuse China of spying on and monitoring its citizens. The reality is that digitization in China has allowed for highly efficient contact tracing in the coronavirus pandemic, and that the social credit system has overwhelming popular support because the rewarding of positive behavior for society also benefits each individual.

What both papers have in common is that their authors reinterpret absolutely everything about Chinese culture, which for thousands of years has placed the interest of the common good above that of the individual, and which flows from a deep-seated need for the harmonious development of all—and they turn it into an enemy image of the West’s order.

It is not the Chinese Communist Party that is seeking world supremacy, but rather the neo-liberal establishment of the unipolar world order that fears it will lose its supremacy and has moved miles away from the universal principles on which America was founded and which it claims to represent. And what the Biden Administration thinks of respect for the sovereignty of other countries is obvious in its opposition to the Nord Stream 2 gas pipeline project.

CC/Michał Siergiejevicz
The supposed poisoning of Alexei Navalny serves the purpose of setting into motion a color revolution in Russia to remove President Vladimir Putin.

Incidentally, the hoopla surrounding Vladimir Putin’s alleged poisoning of Alexei Navalny, who is supported by Western intelligence agencies, serves the same purpose of setting into motion a color revolution, and thereby creating an opposition within Putin’s inner circle that could be used to remove him from office.

All responsible and thinking people are called upon to contribute through their mobilization to preventing the governments of Europe from being drawn further into the announced campaign against China and Russia. Chancellor Merkel, in her speech to the online event of the World Economic Forum, correctly emphasized her rejection of any bloc formation between the U.S. and China, in which Europe would then have to choose sides, and stated that the hour of multilateralism had come.

In light of Admiral Richard’s dangerous statements, European countries must not only explicitly distance themselves from such a policy, they must also withdraw from NATO and seek a security architecture that reflects the interests of their populations. Europe’s survival is at stake.