Ending the Crisis Today Through the
Coincidence of Opposites

Helga Zepp-LaRouche is the Founder and Chairwoman of the Schiller Institute. She delivered these introductory remarks to Panel 2, “The Method of the Coincidence of Opposites: Only a United Worldwide Health Effort, Without Sanctions, Can Reverse a Worldwide Pandemic,” of the Schiller Institute’s May 8, 2021 conference, “The Moral Collapse of the Trans-Atlantic World Cries Out for a New Paradigm.” 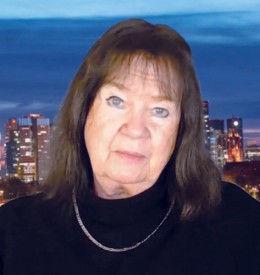 Good evening, or good afternoon for some of you.

As we were discussing in the first panel, the world is on the edge of a potential war, and it is not so clear where the solution is, because there was also a very far-reaching discussion on why the United Nations is very important, because it has presently no replacement; but also, that according to its present Charter, you cannot really force one of the Permanent Five members of the UN Security Council to stop policies which are right now to the detriment of many countries, like the ones affected by the sanctions.

The question is what can we do, is there a solution? Are we as a human species condemned to again and again repeat the same mistakes, like World War I – when we were sleepwalking into it? World War II was sort of a logical consequence of the First World War, because it was not resolved by a peace order, because the Versailles Treaty was absolutely not one which could have worked.

So, are we condemned to walk into a Third World War, which by all knowledge we have about it and the nature of nuclear weapons, maybe nobody would survive, and the human species would cease to exist? That’s what several people have mentioned—Armageddon, total catastrophe, end of life as we know it on this planet—these formulations have been used in the recent period by many people.

The method of the empire, all empires, is divide and conquer. To create geopolitical conflict, to set one country against the other one, then manipulate them like on a chessboard. This is Brzezinski’s “Grand Chessboard” strategy for the defeat of Russia. So, is there another way than to insist on your interest against the interest of another one? Or is there a method of thinking how you can overcome a seemingly impossible situation?

We discussed a couple of times, in the Schiller conferences and elsewhere, the difference between Aristotle and Plato. Aristotle basically saying if something is A, it cannot be B, and this contradiction is insurmountable. And Plato already with his conception of the higher hypothesis, or the hypothesis of the higher hypothesis, showed a road to a conception how the human mind can leap onto a higher level and redefine solutions through a process of change.

That was the subject of one of the previous conferences. Nicholas of Cusa developed this method of the coincidence of opposites, which is the idea that the human mind being endowed with creativity, can define always, for any problem, a level of solution which is on a completely different plane, a higher plane than that on which the conflict arose, because the One is of a higher order than the Many. That was also what Einstein was saying: never try to find a solution to a problem on the level where it arose; you have to find a new conception, a more powerful conception.

Nicholas of Cusa had the idea that harmony in the macrocosm can only exist if all microcosms develop. It doesn’t matter if the microcosm is a human being or a nation, but that the harmony can be accomplished by taking the maximum development of the other microcosm as your self-interest, and vice versa. And that, then, the development of all of these microcosms are a process of perfection, where the more development you cause in the other microcosm, the more it echoes back on you, and vice versa, and in this way, it becomes a process of development to higher levels.

A Revolutionary Method of Thinking

A similar conception you find in Leibniz and his idea of the monads, which I don’t want to go into, here, right now. But I want to mention in a couple of words, how Nicholas of Cusa arrived at this truly revolutionary method of thinking. He was very conscious about it: He said that he was proposing a way of thinking that had never been thought by any human being before and was a completely new way of approaching things.

This idea came to Nicholas while traveling by ship from Byzantium, from Constantinople to Italy on the way to the Councils of Ferrara and Florence. He said that all of a sudden, he had a complete thought—like a thought coming from above, from God, a divine inspiration. Then he developed the idea of the “coincidence of opposites” of thinking. It is very obvious that that is something which influenced Cusanus’s thinking throughout his whole life. Because a little bit later, when you had the Fall of Constantinople [1453], this was the final battle which decided the fate of the Byzantium Empire, and it was quite a bloody battle.

Mehmed II, a young [Ottoman] ruler, had set his mind to conquer Constantinople. He prepared it well. He built up a huge army of 150,000 people, he had a big flotilla. He worked on that for about two years, where the preparations were made, he had an elaborated system of building tunnels, of building various flanks. The defender of Constantinople, Constantine XI, could not really mobilize the other Christian forces to come to help. He had only something like 40,000 troops, and he was in a defeatable situation.

Finally, I spare you all the very interesting aspects of how this occurred, but Constantinople fell after fierce battles. The Turks stormed into the city, and they were told that they could possess the city for three days, and everything they could plunder, they would own afterwards, forever. So, naturally, people really behaved like people behave in such circumstances. And it must have been quite brutal. A lot of blood flowed; a lot of people got killed. Many women were kidnapped and made into slaves. It was an absolute disaster. When the knowledge about that became known, this was a horror show, this was like an early clash of civilizations between the Occidental Christianity and the Oriental Muslim worlds, and there were horror stories of what had happened.

It is under the impression of these absolute horror stories—people being killed, and thousands losing their lives—that Nicholas of Cusa applied this method of the coincidence of opposites and wrote one of the most beautiful dialogues “On the Peace of Faith,” De Pace Fidei. He says after having heard all these horror stories about Constantinople, we have to find a way of resolving this.

The Peace of Faith

So, he creates a Socratic dialogue whereby 17 representatives of different nations and religions go to God, and they say, “Look, Logos, you have to help us, because we all kill each other in Your name, and this cannot be Your intention. So, can You not give us some advice on what to do?”

Then God talks to all of them, the Syrians and the Italians, and the different religions. He says, “You all are representatives of philosophy, you love truth, because you are philosophers in your own country, and you are respected for that.”

They all say, “Yes, yes, we are philosophers, absolutely. But what do we do? We still fight each other. Can You help us?”

And God says, “Well, yes. As philosophers, you know that there is only one truth. And the mistake you make is that you mistake the one truth which comes from God, with the many interpretations which were made by the prophets.”

They say, “Yes, we can see that the truth of God must be a higher truth than the interpretation of the prophets. But this is not enough; can You still help us?”

Then, God says, “Yea, and you make the other mistake that you mix up that one Divine truth with tradition. Each of you has different traditions, and they seem to contradict each other, but the truth is only one.”

So, they say, “This makes all sense, but you cannot ask us that we go back to our people and tell them that they should follow a new religion when they spilled so much blood for the old one.”

Then, they agree with that, and they can see that there is one truth, one God, and one religion.

So, by investigating this question many years ago, I said, well, does that make sense? Do you find a resemblance in the different religions about that concept? And I looked at various philosophies like Confucianism, Hinduism, Christianity; and indeed, I did find that you have a principle in each of those which corresponds to this dialogue and this one truth, and that is, the lawfulness of the universe, God’s creation. In Christianity, you call that “natural law.” In Confucianism, you call it “cosmology,” or the “Mandate of Heaven.” In Hinduism, you also talk about cosmology, but you call it “Sanatana Dharma,” this divine spark which is in all of us.

In Cohesion with the Universe

So, it seems to me, that if mankind is going to survive or not, as a species, whether we are going to self-extinct or not, really depends entirely on whether we can overcome being victimized by the imperial thinking—the divide and conquer—whether we let ourselves be either in one camp, hostile to the other camp; or, can we somehow evoke in us and in others this quality of the inner self-development in cohesion with the lawfulness of the creation of the universe.

It seems to me that this is a method which absolutely must be applied, now, to somehow overcome this geopolitical confrontation, or especially the divisions of identity policies, which is making the divisions more and more and more by the day. We have to somehow find this inner mechanism, this inner idea which makes us all human, belonging to the one human species. It seems to me that given the pandemic, and the fact that we are really in an unbelievable crisis—a moral crisis, a political, medical, military crisis, economic crisis, financial crisis—that we have to start somewhere, where we address what makes us all human, and that is the sacredness of every human life on this planet.

I think that the key leverage to change the situation, is to create a world health system, to create a modern health system in every single country, because without that, we will not be able to defeat this pandemic. Otherwise, new strains will develop in those countries which are not being helped, and they may undo all efforts we have done with the vaccinations in the countries that were more fortunate to apply them. I think that this idea of starting to create a better world—I mean, really a better world—is to create a health system in every country, which naturally means sanctions have to go. We have to build a health system in Syria, in Yemen, in Iraq, in Haiti, in Mali, in Niger, in all countries. I think that we will be able to do that, because I think human beings have the potential to be human, and that is what we are all about.

That is really what I wanted to say in the beginning.