This article appears in the September 24, 2021 issue of Executive Intelligence Review.

Helga Zepp-LaRouche: Join Hands for
Aid and Development in Afghanistan

Sept. 18—Helga Zepp-LaRouche, President of the Schiller Institute, issued a statement September 5, titled, “Can ‘The West’ Learn? What Afghanistan Needs Now!” Reporting on the dire conditions in Afghanistan, as well as the international strategic importance of intervening there with aid and support, Zepp-LaRouche—also representing the Committee for the Coincidence of Opposites—called for a person of stature to be appointed by the international community to lead a global aid and development mobilization.

She recommended Professor Pino Arlacchi, from Italy, a respected scholar and statesman, with experience in Afghanistan. As Chairman of the UN Office of Drug Control and Crime Prevention (1997-2001), Arlacchi oversaw the near-eradication of opium poppy in Afghanistan. Then again in 2010, as a Member of the European Parliament, he put forward a new program for its elimination, after it came back under the U.S. and NATO presence. Now, the emergency situation is an international priority.

On September 18, Zepp-LaRouche, on her weekly Schiller Institute webcast interview, reiterated her call for action. She was asked by host Harley Schlanger, “What happens? It is clear that the humanitarian crisis that you were warning about in Afghanistan, if it is not addressed, will overwhelm that country. What can you say about developments, or coming to a resolution there? Anything moving?”

Zepp-LaRouche: Yes, it is very dramatic, because the Western forces basically say, as long as the Taliban are in power, they will cut off all financial cooperation. The U.S. Treasury has already frozen $9 billion which belongs to the Afghan population, and the IMF has frozen $400 million in Special Drawing Rights. The result is, that there is absolutely no cash in Afghanistan. Banks have no money, people can’t take money out of the bank; therefore, they cannot buy food, they cannot buy medicine, they can’t import anything. As a result—and obviously this condition existed before, because NATO has been out of Afghanistan for only a month—there is now food insecurity for 14 million people, and 14 million more having just a little bit of food. This is the warning by World Food Program Executive Director David Beasley. The population is about to starve. 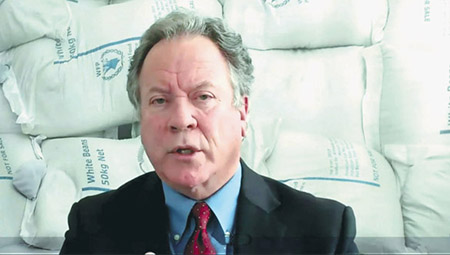 UN
David Beasley, Executive Director of the UN’s World Food Program, has warned that millions in Afghanistan are about to starve to death, unless food aid is immediately forthcoming.

On top of it, you have a health crisis, because the donor countries have cut off their previous help, and as a result, more than 90% of the population is without medical attention. About 4,000 medical facilities are being closed down, because they have no fuel, they have no electricity, they cannot even keep the COVID-19 vaccines refrigerated, because the refrigerators don’t have power. This is threatening the lives of pregnant women, of malnourished children.

The Schiller Institute and the Committee for the Coincidence of Opposites, are right now trying to mobilize the conscience of the world that this attitude has to stop! NATO and the United States were in Afghanistan for 20 years, and they’re leaving the place in this horrendous condition: If they would have spent the money they had for military purposes, which according to some reports was $14 trillion from the Pentagon, maybe not all for Afghanistan, but a lot of it—$8 trillion for these endless wars—if that money had been spent on economically building up Afghanistan, we would not have this situation. 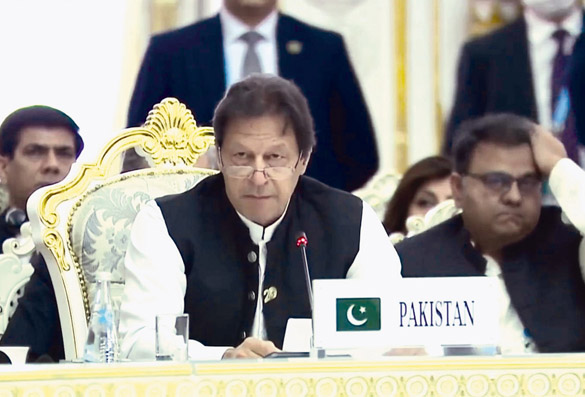 Prime Minister’s Office, Pakistan
Prime Minister Imran Khan of Pakistan, speaking before a Shanghai Cooperation Organization meeting in Dushanbe, Tajikistan, on September 17, 2021, urged that to bring peace and stability to Afghanistan and the region, geo-economics must replace geopolitics.

And at the SCO [Shanghai Cooperation Organization] meeting—this took place yesterday and today—among the heads of state and government, Prime Minister Imran Khan of Pakistan basically also said the same thing. Namely, he said that geopolitics has to be replaced with geo-economics.

What all these neighboring countries want is stability, because they say, up to now, Afghanistan was one wild spot on the map, because as long as NATO was there, they could not be integrated into these projects of the Belt and Road Initiative. All the neighbors—Russia, the Central Asian Republics, Iran, Pakistan, China—want economic infrastructure integration through various corridors, water management projects, and other infrastructure projects, to bring stability into the region, and they want now to integrate Afghanistan.

Looking at Afghanistan from the perspective of the neighboring countries, it looks completely different than if you look at it from the hysterical, geopolitical view of the Europeans and United States. I think the neighbors have a much better perspective.

So, I think the Western countries, the United States and the other NATO countries that have walked away, have an absolute responsibility to join hands with Afghanistan’s neighboring countries, with Russia, with the Central Asian republics, with Pakistan, Iran, India, and China, and help in this humanitarian crisis, and create real development. I think this is the absolutely urgent need of the time.

If you, our viewers, agree, please contact us, because we need to mobilize an army to accomplish it, and I mean an army for the good, not an army with lethal weapons.

The entire webcast can be watched here. 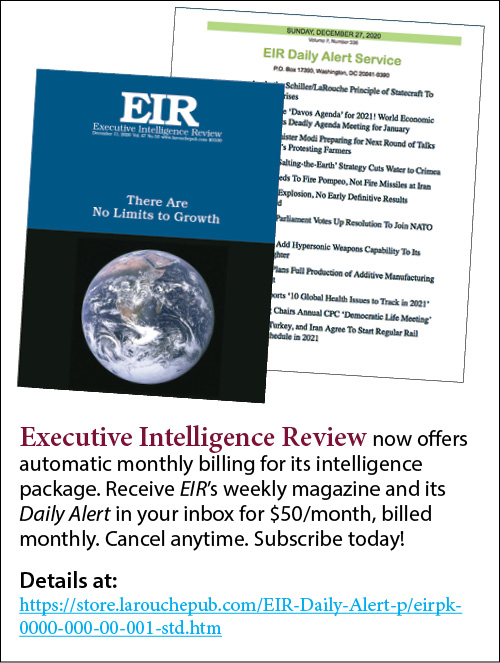