Helga Zepp-LaRouche: Message of Remembrance for the Alexandrov Ensemble and the People of Russia 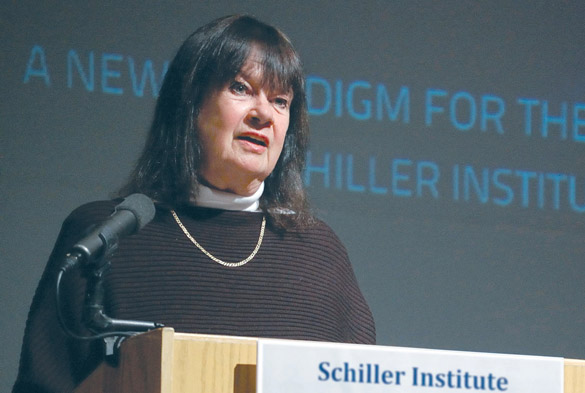 In the name of the Schiller Institute, I send you my thoughts on the anniversary of the tragic loss of the members of the Alexandrov Ensemble and a number of other Russians on their way to Syria five years ago. In the artistic work of that choir was, and is, expressed that quality which makes us human.

Unfortunately, our species finds itself right now in an incredible danger, in which the world is faced with a reverse Cuban Missile Crisis, to which the President of your country has reacted in an unmistakable fashion: he insists, rightfully, that the promises given to Russia around the time of the German Unification, that NATO would not move eastward, closer to the borders of Russia, and which were broken repeatedly, now belatedly be restated in a written and legally binding form—at least as it concerns Ukraine and Georgia. Indeed, the history of the last 32 years is a history of an unbelievable series of lies and deceits to create a narrative to justify the vilification of Russia—to what end?

The Schiller Institute fully endorses the demand by Russia that these treaties must be signed, and that the world must be pulled back from the brink of the abyss. We must shift all efforts to solve the great catastrophes—a pandemic out of control; a famine of biblical dimensions; the greatest humanitarian crisis on the planet, in Afghanistan; and to eradicate poverty for billions of people. We must reach a new paradigm of our civilization, or we may not exist.

Let us revive the spirit of the cultural contribution of the Alexandrov Ensemble to mobilize the strength in ourselves to create a more human civilization!