“LaRouche’s Personal Column” is occasionally written and published as the author may have a point he wishes to share with his friends through this special channel.

Executive Intelligence Review is printing this previously unpublished work by Lyndon H. LaRouche, Jr., which is referred to by Barbara Boyd in her article in this issue. We have retained all of the author’s original punctuation and spelling. Square brackets are the author’s.

The classroom education of a good “cloak and dagger” patriot might or might not, but should include a basic introductory course named “Cloak & Dagger, 101A.” The instructor for this course is named Phil King. The following are a few of the remarks included in the first class-session of that course.

“The difference between a top-rate spy and the bungler is that the good spooks act on the basis of knowing that the most important things happening around them are the things that appear never to have happened at all. It is the things that aren’t there that can really do you in, as the fellow said as he was falling down the empty elevator-shaft.

If you ever catch yourself drawing a conclusion from merely the list of facts you believe you have in your possession, stop yourself right there and think again. As the accountant told the judge, it was the crash that wasn’t there that led to uncovering the embezzlement. Always be aware that you may have missed something of critical importance to making a decision. Make a list of the things which you didn’t notice, things which might have happened, or which may not have happened, which you didn’t notice.

“The most important events, among those you have overlooked, will usually be the non-events, events which never happened. The most important fact about a wedding is not the guest-list or the bride’s costume, but the fact that the groom is missing.

“There are very few real-life situations in the work of a spook in which you will have the luxury of time available to spend hours re-thinking the situation in this way. You must learn the mental habits to perform these exercises quickly and automatically on your feet. You must tune these kinds of mental reflexes to the point that you think like this almost instantaneously. Most important of all, you must think like this whenever you’re under the greatest immediate stress, at times the right or wrong decision made at that instant may decide whether you or your nation lives.

“Let’s begin your training in this method by describing some basic rules. At first hearing, these basic rules may appear to be almost trivial, or may even appear to be only tricks with words. Don’t be fooled; these rules are some of the most powerful rules of thinking that exist in this universe. Pay very close attention, and think carefully about these simple rules over and over again for the rest of your life; your life may depend upon it.

“RULE NUMBER ONE: The mere passage of time in which nothing is seen to happen, is the most important class of all events.

“RULE NUMBER THREE: Never make a decision based on the kinds of facts which can be completely identified by nouns, by statements of the syllogistic form, ‘A is B.’ A fact for you is never a fact, unless it is a statement of a transitive verb, a precise description of a transformation in the physical space-time observed: ‘A happened in context B.’

“RULE NUMBER FIVE: All judgments are echoes of underlying axiomatic assumptions concerning the laws of the universe as a whole, or of the special sub-phase of all physical space-time in which the matter of the judgment is properly immediately referenced. These assumptions are of two distinguishable but ultimately interdependent classes: the physical universe and the social universe. The critical evaluation of statements of the form, ‘A happened in context B,’ proceeds from examining the axiomatic assumptions implicit in that statement.

“I illustrate the thinking behind Rules Number Four and Five.

“Many among you have become acquainted with an hypothetical proposition of the following form. Assume that you are in some very exotic sort of space-vehicle. You awaken after a sleep, and discover that the stars around you don’t look as they should. You ask yourself, ‘Am I still in the same universe I was before I dropped off to sleep?’ How would you go about answering that question?

“If you had been properly trained, as the study of the work of Karl Gauss and others after him implies, you would know exactly how to proceed. For those of you who are laymen in anything but elementary public-school geometry, I supply you the following illustration. Suppose you were a two-dimensional being moving in a two-dimensional universe, how would you discover whether that universe was either flat or curved in three-dimensional space? If you could discover that it was curved, how would you discover in what way the space was curved? You should know that the trigonometry of navigation in a flat-world is slightly different than the spherical trigonometry of a spherical surface, for example. In other words, there are certain principles of measurement of action which vary according to the kind of universe you are inside.

“For example, most people who have gone no further than elementary geometry believe that distances are measured by the pythagorean rule,

or, with a bit more education, a corrected form of this expression. For purposes of initial discussion, we may say that as the pythagorean equation must be changed to measure action within physical space-time, we discover what kind of physical space-time we are experiencing, as from the inside.

“Apply this image of axiomatic geometry of physical space-time to the word ‘context,’ in the statement, ‘A happened in the context of B.’ If the portion of that statement, ‘in the context of B’ is valid, then if A happens, there are certain classes of events [happenings] which either must or could possibly occur within the same time-frame as A, and other classes of happenings which could not. In the case that D happened, as we identified this in Rule Number Four, then we are not observing ‘context of B,’ as we wrongly assumed, but are, instead, observing ‘in the context of E.’ Therefore we must apply Rule Number Five, to determine whether ‘context E’ is ‘E1, E2, E3, or . . . .’

“In other words we must always construct our judgments in the terms of the subjunctive mood of language, the mood of hypothesis.

“We map an individual mind’s psychology, or the collective psychology of people within a certain culture or sub-culture, by the same general method we employ to discover what kind of a physical universe we are within.

“The method we have just described is a very simplified description of a principle laid down by the great nineteenth century mathematical physicist, Bernhard Riemann. It is called the method of the ‘unique experiment.’ Extended to the practice of political-intelligence work, it is the essence of the method of a top-grade spook.

“For that reason, the next four weeks’ classes will be devoted exclusively to mastery of the ABCs of what is called synthetic geometry. At first, you may think you are being sent back to learn what you should have begun to learn back in the Seventh Grade. ‘Kid stuff,’ will be the reaction of some among you. Block that understandable reaction. The problem is that you now accept, consciously or unconsciously, certain axioms of judgment and behaviors which are wrong. You must unlearn those wrong axioms, and master the right ones. That is the only way you will ever succeed in making the five rules your automatic response to each and every situation around you. Those five rules may save your life; they might help you to play an important part in saving our nation.

“Just make certain, when you walk through an elevator-doorway, that there is actually an elevator there.” 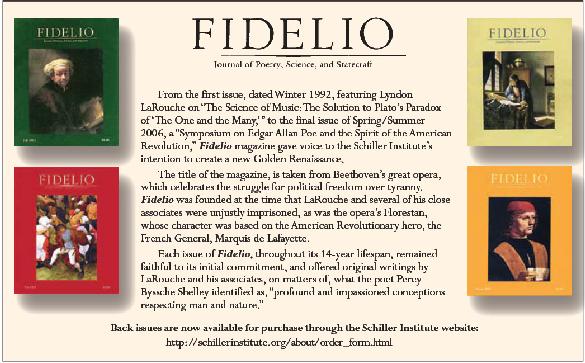