Time to Nationalize the Federal Reserve 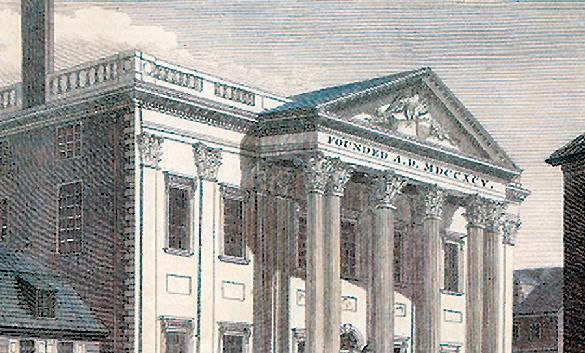 The following is edited from a message sent by Mr. LaRouche on December 8, 1991 to a Schiller Institute conference in Arlington, Virginia, and remarks he made in a presidential campaign statement of December 13, 1991.

A few leading political figures in the Democratic Party, including, of course, Governor Mario Cuomo of New York State, have picked up on my suggestion that a recovery package for the United States requires a return to the Kennedy-style investment tax credit program.

However, on the fundamental issues, no visible Democratic competitor of mine for the presidential nomination, nor any Republican, so far seems to grasp the reality of our situation. Yes, it’s good that people do go as far as understanding that we need a Kennedy-style investment tax credit program; but that is not going to solve the problem by itself. That is a very important add-on to what’s needed.

I wish to emphasize, that people who suggest that we can cut this, cut that, cut this, cut out welfare, cut salaries, cut out business, cut out programs, cut off hospital care: These people are dangerous idiots. That will not work; that will only make the collapse worse.

They Have to Bite the Bullet. We need a United States Bank operating on the basis of state-created credit. Unless that policy is followed, nothing is going to work; it’s all a waste of time. Niki Tsongas and the rest of them won’t face up to the fact that what we need to do is scrap the Federal Reserve System in its present form in the most expedient way without disruption.

And there’s only one way to do that: under emergency provisions, the fact that we have an economic depression, nationalize the Federal Reserve System, make it a body no longer in violation of the Constitution. Make it a National Bank as Alexander Hamilton, George Washington’s Secretary of the Treasury, defined a National Bank, or as Nicholas Biddle of Philadelphia, back in the early 19th century, also founded a National Bank, the Second Bank of the United States.

We must put out hundreds of billions of dollars of low-cost credit for federal, state, and local basic economic infrastructure, and for physical goods producing high-tech industry, manufacturing, machine tool shops, and so forth. Without that, there is no recovery.

Over the period especially since 1970, which was a turning point in rates of replacement of worn-out infrastructure, the United States has physically been going downhill. Traditionally and in fact, the wealth of the United States has depended upon technological progress in agriculture, infrastructure, and manufacturing—or industry generally. That technological progress has been the engine of our growth, and as we turned away from that policy, toward a policy of so-called administration and services, the U.S. economy’s collapsed down hill.

For a while, because we inflated figures, the overvaluation of the income of banking or finance generally, administration and services, caused us to think for a while that this was a new form of prosperity.

About 1982, the United States reached a low point, the last chance to really bail out our banking system. Forces opposed to me in and around the Reagan administration at that time, including George H.W. Bush, Henry Kissinger, and Walter Wriston over at Citicorp, won out; they beat me. They forestalled a monetary reorganization of the international debt including the U.S. debt situation. As a result of that, and as a result of the great speculative bubble which they used to try to keep up the appearance of prosperity over the latter part of the ’60s, by 1987, the Reagan administration false recovery bubble had popped, and in the fall of 1989, we began the process of an accelerated downslide.

We are now in the process of a disintegrating financial and monetary system; it is not exploding, like an exploding volcano, but it is disintegrating in the way a Hawaiian volcano, for example, disgorges its remorseless mudslide day after day, week after week. Every day we wake up, our financial and monetary system has shrunk; a new airline has crashed; a new industry has crashed; four or five banks have crashed; and more and more people are unemployed, or, to put it the way the government puts it, fewer and fewer people in the U.S. are employed.

Now, we also come to some hard choices in the matter of recovery. If I were President, with the support of a majority of the American people, and therefore of the Congress, I guarantee you a genuine recovery, which would make the Franklin Roosevelt recovery modest by comparison:

• We will continue to circulate existing Federal Reserve notes until we call them in for replacement. But the only new currency issued, will be Treasury bills, currency issued according to law, according to Article I of the Constitution, an article that has never been repealed! The Congress will pass a bill authorizing the Executive branch, the Treasury, to emit certain denominations and quantities of legal tender for specific uses. This new currency, will be deposited with the Federal Reserve System, now nationalized.

• The nationalized Federal Reserve System will loan these new dollars, on two lending tracks: very low interest rates for long-term loans, with construction progress payment-type arrangements. These loans will be for basic economic infrastructure, by federal agencies and subsidiaries, by state and local agencies and subsidiaries. The objective is to employ, immediately, as fast as possible, with this credit, in water projects, in power generation and distribution, in transportation, in urban infrastructure, including building hospital and clinic facilities, schools, etc., 3 million people from the highest skill layer of the now-unemployed labor force.

• We will also have tax reform. We will increase the taxes on capital gains somewhat, but we will decrease taxes on useful investments by a Kennedy-style investment tax credit program. People who invest their savings in useful things, infrastructure, and so forth, will get a tax credit for that investment, which will be a tax benefit, whereas if someone goes out and spends money on something useless, they’ll pay the full rate of tax. But those who invest in something useful—invest for the purpose of their old age—in something productive, solid, not junk bonds, then they should get an investment tax credit.

• The results will be to create employment for another 3 million, a total increase in employment of over 6 million people. This means the Treasury will receive more than the initial $300 billion a year spent, through increase in the tax-revenue base of the federal, state, and local governments. This means we get back toward balancing the budget, because we’re increasing the tax revenue base without increasing the tax rates.