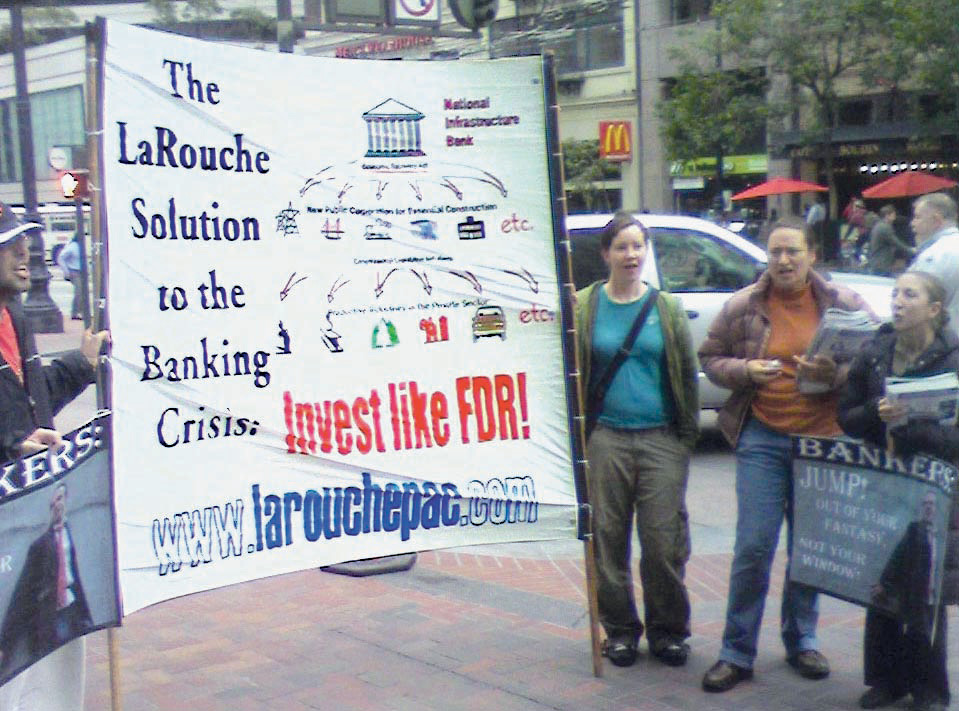 While the first of Lyndon LaRouche’s three measures below is more specific to the crisis of 2007-09, in which context it was issued, the second and third are fully applicable today.

These three documents elaborate the three steps to survival which Lyndon LaRouche outlined in 2008.

This is the original model proposal made by LaRouche in late August 2007, of which a variety of versions were passed by more than 75 cities, and 3 state legislative bodies, around the United States.

Here are the essential features of the Homeowners and Bank Protection Act of 2007:

1. Congress must establish a Federal agency to place the Federal and state chartered banks under protection, freezing all existing home mortgages for a period of however many months or years are required to adjust the values to fair prices; restructure existing mortgages at appropriate interest rates; and write off all of the cancerous speculative debt obligations of mortgage-backed securities, derivatives, and other forms of Ponzi schemes that have brought the banking system to the present point of bankruptcy.

2. During this transitional period, all foreclosures shall be frozen, allowing American families to retain their homes. Monthly payments, the effective equivalent of rental payments, shall be made to designated banks, which can then use the funds as collateral for normal lending practices, thus recapitalizing the banking system. Ultimately, these affordable monthly payments will be factored into new mortgages, reflecting the deflation of the housing bubble, and the establishment of appropriate property valuations, and reduced fixed mortgage interest rates. It is to be expected that this process of shakeout of the housing market will take several years to achieve. In this interim period, no homeowner shall be evicted from his or her property, and the Federal and state chartered banks shall be protected, so they can resume their traditional functions, serving local communities, and facilitating credit for investment in productive industries, agriculture, infrastructure, etc.

3. State governors shall assume the administrative responsibilities for implementing the program, including the “rental” assessments to designated banks, under the authority of the Federal government, which will provide the necessary credits and guarantees to assure the successful transition.

This statement by LaRouche was released on Jan. 25, 2008, under the title, “How to Defend Your Dollar.”

British special interests backed by the [European Central Bank’s] arrogant Trichet, have declared war upon the U.S. economy through tricking the foolish President of the U.S.A., his foolish Speaker of the House, and the foolish Federal Reserve Chairman Ben Bernanke, into cheapening the U.S. dollar, while Trichet et al. brag about tricking the U.S. dollar into ruining itself. Were the U.S.A. to adopt my recommended policy for defense of the value of the U.S. dollar, speculators betting on Trichet’s slyness, could be dumped into a taste of their own bankruptcy, an experience which would tend to promote better behavior from them in future weeks.

The U.S. must dump the recent, foolish, pro-hyper-inflationary policies of Federal Reserve Chairman Ben “Helicopter money” Bernanke, for a two-tier U.S. Treasury policy of uttering currency on capital account. The general price or monetary emission by the U.S. Treasury (i.e., by the Treasury, or Federal Reserve System) must be a two-tier policy: a.) One price for the open market, at a significant number of points higher than the ECB, and b.) a special, protected price for long-term to medium-term credit uttered for the benefit of protected prime categories such as household mortgages enjoying Federal bankruptcy protection, and regular (Federally or state-chartered) banks. The latter category should be priced as loans at between 1% and 2% per annum.

The purpose is not to injure our European neighbors’ governments and financial authorities, especially multi-national agencies, but to encourage them to return to recognizing the benefits of civilized modes of cooperative behavior consistent with that 1648 Peace of Westphalia, which governs all among the actually civilized nations of Europe.

This correction of the ignorant behavior of the present U.S. President and Chairman of the Federal Reserve, is an indispensable, included feature of any competent defense of the U.S. and its people from the currently onrushing, hyper-inflationary breakdown-crisis now gripping the trans-Atlantic community as a whole. Without the specific measures which I have stipulated here, the U.S.A. would soon be bankrupted, and our people ruined, by the foolish policies recently adopted by both Mr. Bernanke and by the U.S. President and the foolish Speaker of the House.

European speculators beware, the U.S. tiger is wounded, but still has claws and teeth. Continue the stunt which some in Europe are attempting against the U.S.A., and many much-too-greedy European speculators will wake up soon, much poorer, but a little wiser, in the morning. Were I President, I would guarantee such effects by morning; Americans who do not support my policy will suffer suddenly and badly enough that they will be “quicker on the draw” on the next weekend this problem might come up again.

This discussion of the necessary measures to establish a new monetary system, replacing the current bankrupt one, comes from LaRouche’s “Prolegomena for a Democratic Party Platform,” in his book, The State of Our Union: The End of Our Delusion! pp. 109-111, published by the LaRouche Political Action Committee in September 2007.

3.10 The Economic Action To Be Taken

So, an elementary remedy exists, potentially, provided the right combination of powerful nations of the world now proceeds, quickly, to make it happen. Those sponsoring nations must cooperate to the effect of playing a leading role in establishing a new world system, based on a network of treaty-agreements, which, in effect, replaces the cancerously rotted-out International Monetary System (IMF) of today, by a profoundly reorganized IMF, thus crafting one which echoes the original intentions of U.S. President Franklin D. Roosevelt for a global, fixed-exchange-rate system.

3.11 This means a new world credit system, rather than a monetarist system, a new system in which nests of long-range treaty-agreements among sovereign states prevail, which are freed of the kinds of pro-monetarist central banking complexes which have dominated the recent decades in world affairs.

I propose that a powerful initiating group of nations, the U.S.A., Russia, China, and India, should join to assemble as a core around which to quickly rally other sovereign states, to put the world’s present monetary-financial system into reorganization-in-bankruptcy, and also put a set of virtually bankrupt national central banking systems, such as the U.S. Federal Reserve System, into a state of receivership, by the relevant sovereigns, for reorganization in bankruptcy by relevant governments. 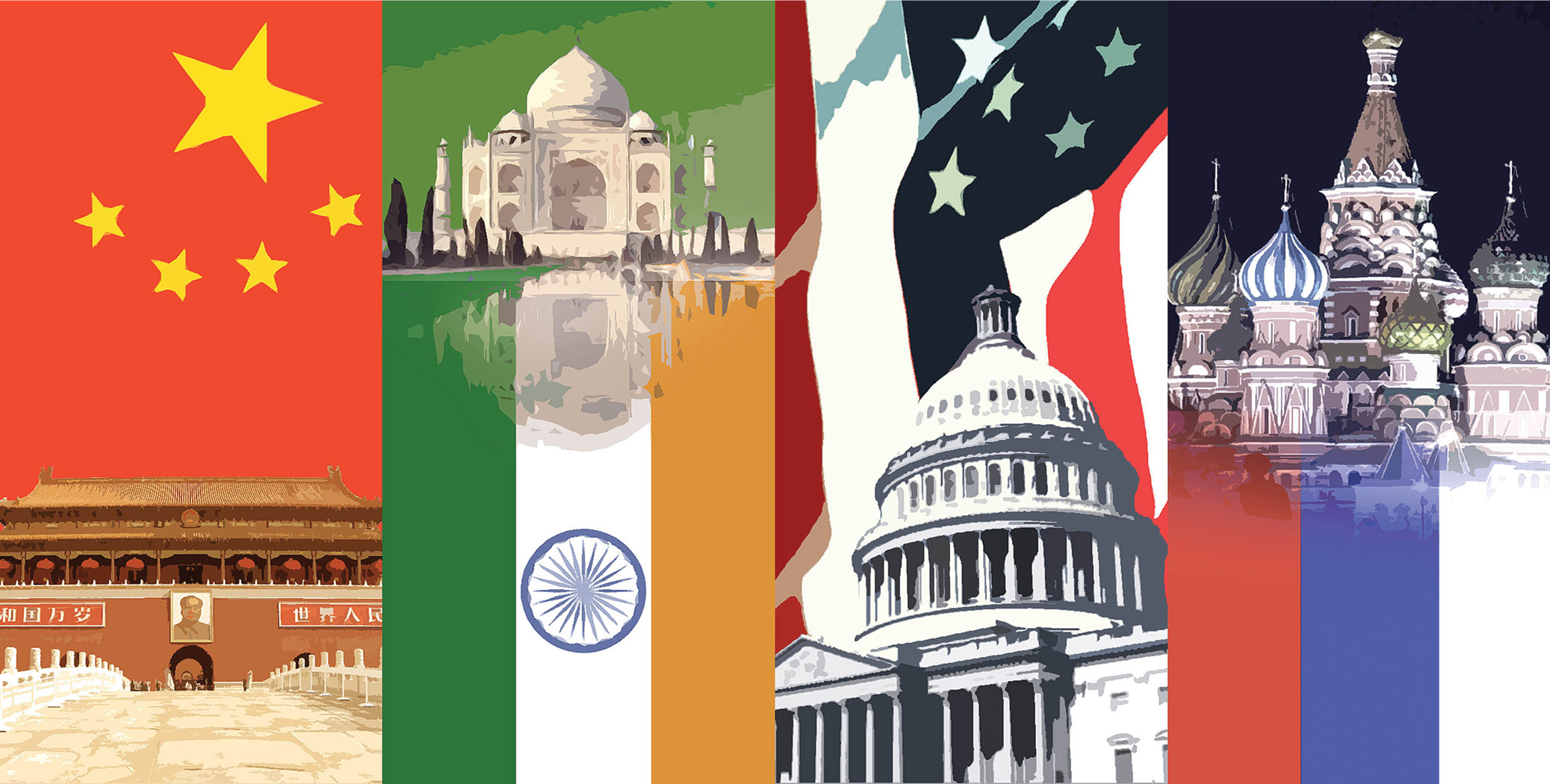 3.12 Under such an initiative, the physical, social, and economic stability of each and all of the cooperating sovereign states, will depend on conducting the reorganization in a manner which ensures the continuation, and also accelerating growth of all employment in physical production of goods and in traditionally pre-1971 forms of essential professional and related services.

3.13 Financial debt attributable to financial and related forms of speculation, which have the underlying character of gambling debts, must be either summarily nullified, or reorganized in a way which is suited to bring about that beneficial result.

3.14 The creation of a new international system will eradicate present, hopelessly ruined monetarist systems, and replace them, as the intention of the formation of the Bretton Woods System shows the pathway, with an American System-style new monetary order in the world, under which the government monopoly in sovereign utterance of credit, as a monopoly of the respective sovereign nations, replaces all so-called central banking systems. This is complemented by the establishment of so-called protectionist systems, with what were formerly employed under the name of “fair trade,” rather than as “free trade” systems.

3.15 Although the generation of credit, through the sovereign nation-state’s monopoly on the utterance of its lawful currency, will be applicable to many good purposes, the primary use of the expansion of the actual or implied money-supply shall be medium- to long-term formation of physical capital, of which it must be expected that no less than about half of that investment will enter circulation as investment in the development of essential basic economic infrastructure.

3.16 This ratio of infrastructure to the remainder of the economy can be achieved and sustained, provided there is a proper emphasis on science-driven scientific and technological progress. The recovery will be slower during the first decade of such a program, and a bit better in the second. Therefore, a long-term scheduling of repayments of capital is needed, as each case will indicate.

3.17 At the outset, the world will be gripped by a situation in which only meager supplies of private investment credit will be available. Most private financial capital is presently either vanishing from the market, or will have vanished early in the onset of the crisis-conditions produced, and reorganizations in bankruptcy required by the presently accelerating, chain-reaction failure of the world’s principal existing monetary-financial systems.

Therefore, state credit, at interest rates below two percent simple interest per annum, for long-term investments in public infrastructure, will be the principal source of, and driver for long-term capital formation, that chiefly in basic economic infrastructure. The investment in infrastructure will also serve as the driver for the recovery and growth of the private sector, and through construction and related investments in the public sector which will create the growing market for the products of the private sector.

3.18 This requires a strictly managed set of sovereign nation-state economies bound together by a fixed-exchange-rate system. Such a system will be managed, chiefly, through treaty agreements among partners in the credit and in tariffs of the system.

For example, as I proposed legislation to this effect during 2005 and beyond, I intended then, that the Federal government should “capture” the relevant idled potential of the U.S. automobile-manufacturing sector, using the machine-tool capabilities which have been inherently embedded in the capacity of the automotive sector since war production of the 1939-1945 interval, for supplying the needs of physical capital improvements and expansion in the public sector of the Federal, State, and local governments. The market for such products was implicitly vast and long-term in nature, and remains so today. Now, we must recapture that potential which was lost through a failure of the U.S. Congress during 2006; however, much of the lost capability could still be regrouped, and could thus re-energize localities in the U.S. which have been ruined as a result of the Congress’s failure to act as required. 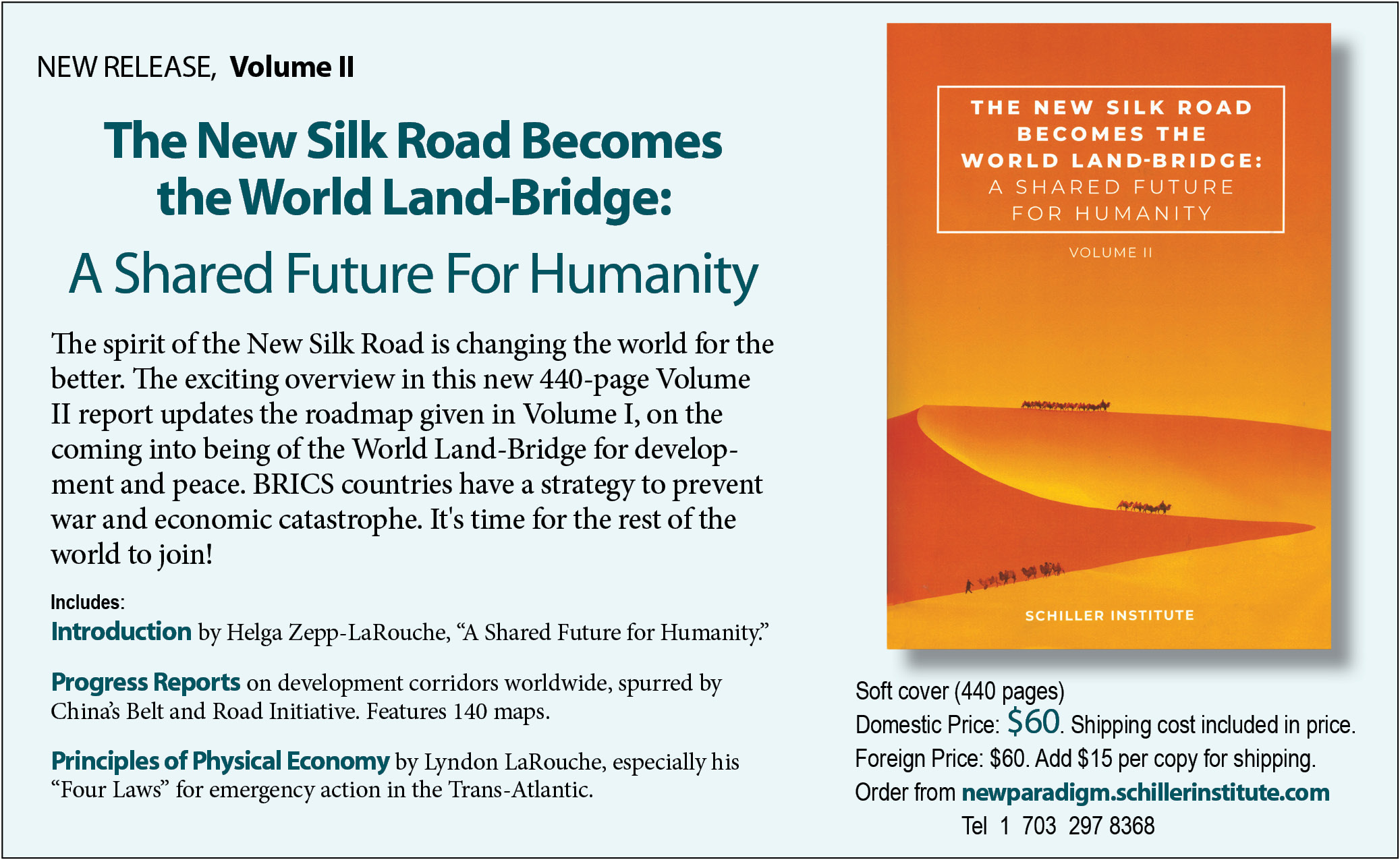