The following is a never-before-published briefing, by Lyndon LaRouche to his associates on December 25, 2000, as a strategic lead for his association’s daily briefing. A footnote has been added to aid the reader.

Santa Claus did not come this year, but keep your eyes peeled for action, none the less. The place you are standing is about to be bombarded by heavily armed hordes of veracities.

As the world’s most successful economic forecaster of nearly a half-century, I can now reveal to you, that one way or the other, we can be certain about two things. First, the Year 2001 will see the most radical changes in more than a century, and, second, those changes will not be gradual. What those changes will be, is not yet decided. If my enemies succeed, everyone, including those enemies, will be made terribly unhappy. If you are fortunate, only a certain some people, will be terribly unhappy; all my friends and allies will be happy. Meanwhile, watch out for veracities; they are coming on fast.

I shall be a bit more specific.

About the time the top leadership of the Republican Party began to be taken by Richard Nixon’s Southern Strategy, a new breed of teacher and social worker moved in with the purpose of taking over, not only our universities, but also our public schools. They came like body-snatchers out of some 1950s Hollywood science-fiction fantasy, grabbing the minds of more and more of our young. If you wish to know whether or not the child or university student staring at you is one of the victims of those real-life body-snatchers, watch for the sure-fire warning-signs. The demon reveals his presence from the mouth of the victim, by the words, “There is no such thing as truth. There is only opinion.” Sometimes “opinion” is called “information,” such as the information which led the sucker to buy into the Nasdaq’s collapse.

Unless there is a very radical change, that demon, speaking from the mouth of that young person, or the victim’s adult controller, is your future. In that case, everyone will soon be made most extremely unhappy.

That is why the veracities are moving to invade our Earth right now. Unless they are beaten off, most people will begin to become happy.

Take the case of the so-called “new economy,” as an example of what I mean. 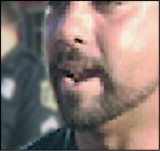 The demon: “There is no such thing as truth. There is only opinion.”

For more than half a century, more and more dupes had been brainwashed into believing in a non-existent particle called the “information.” In the early 1960s, the victims of that brainwashing took over a significant chunk of the university-student population. The victims of that brainwashing believed that physical science and technology were about to be replaced by a strange creeping horror which they named either “cybernation” or “information society.”

During the late 1970s, creeps such as Newt Gingrich, Al Gore, and Alvin Toffler got together in an “information society” cult circle which called itself “The Third Wave.” During the past ten years, the spread of that “Third Wave” cult played a leading role in destroying much of the real economy which had still existed at the close of the 1980s. Vice-President Al Gore had made that a leading feature of his political propaganda platform, for all that did for him. This past Spring, the “Third Wave” lunatics went whole hog, and renamed “information society” the “new economy.”

Then, since the “new economy” jumped off the heights of the Wall Street skyline, it has been falling, and falling, seeming to soar, briefly, as sky-divers sometimes do, but falling, falling, and falling. It’s still on the way down, and accelerating as it goes. Finally, some people have recognized the gravity of this plunge.

There never was any truth to that “information society” bubble. There was no truth in it; it was all just opinion. 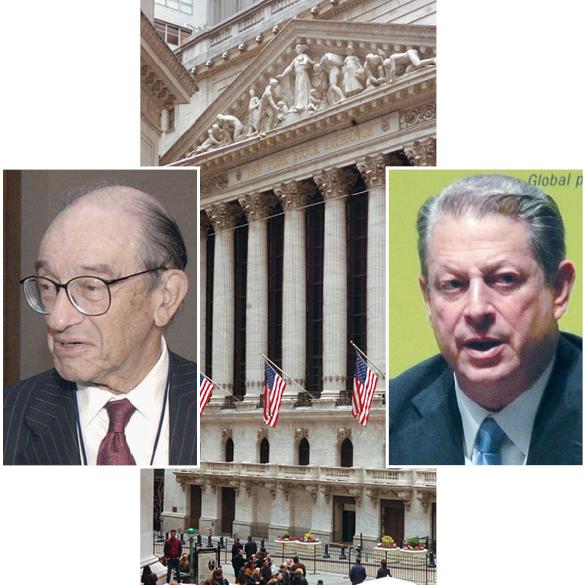 There was never any truth in the contention that either Federal Reserve Chairman Alan Greenspan, or Abby Cohen[fn_1] are geniuses; it was just a matter of opinion, opinion as spelled “B-i-g—B-r-o-t-h-e-r.” There were two pieces of popularized lunacy behind the ugly rumor that Greenspan “is a genius.” First, people overlooked the vast financial-pumping project called “feed the Y2K monster,” which was the source of the impetus on which the Nasdaq index and similar pyramid-club-type schemes depended.

Second, the first fix of a certain drug may give a sick man a boost of energy; sooner or later, the repetition of that kind of “fix” will send the man to the morgue.

The problem was, that the body-snatchers taking over our educational systems, threatened to drug the kiddies with Ritalin or other terrible drugs, if the kiddies ever tried to bring up the word “truth” within two blocks of any school or university campus. The poor brainwashed victim of that sort of social-work counseling was drugged into accepting opinion, instead of truth.

Even today, there are many people who are brainwashed into the opinion that “free trade,” “global warming,” and “globalization” are inevitable, unstoppable. Not true, all are about as inevitable as the situation of a man falling within an empty elevator-shaft; the bottom is what is inevitable. Like the doom of the “new economy,” those kinds of mere opinion are the world’s biggest problem; the bottom for all of these trajectories is now coming up fast, very fast. Unless the veracities are able to take over soon, no one on this planet is going to be happy, for a long time to come.

And, Back Among the Bushes?

Naturally, there are now people playing the same old game with a new toy. The toy is called President-elect Bush. In just the same way people were betting the works on the “inevitability” of the “new economy,” people who are supposed to be grown-up and sane, are playing with a faddish new doll, the so-called “President-elect Bush” doll. You might suspect, that those freakish faddists are reacting to that doll, as if it were a new Nintendo line in game-toys.

Look at the eyes of many so-called seasoned politicos around Washington, D.C. these days. Al Gore’s political corpse was hardly certified by the Supreme Court morticians as cold, before these folks forget all about the month-long election crisis they just lived through. There are fixed-state eyes, and wild-eyed eyes all around the U.S. national political scene.

Just to clear your head, ask yourself one question which ought to be obvious to you all. “What if there is no policy which an incoming Bush administration would be capable of tolerating, under which the United States would not more or less disintegrate, early and often?” What happens to all the “President-elect Bush doll” fetishists, then?

As of now, it is likely that no Bush administration would be capable of adopting any of the radical policy-changes on which even the short-term financial, economic, and political stability of the U.S.A. depends. If that is the case, must we not say, that virtually none of the leading Washington wiseacres are actually playing with a full deck?

Looks like just one more incoming assault from heavily-armed veracities.

Settle in for a Happy New Year; at least, that’s what it is called, according to widely accepted opinion.

[fn_1]. Editor’s footnote for EIR publication: Abby Joseph Cohen has worked for Goldman Sachs and other major financial firms. She began her career as an economist at the Federal Reserve Board in Washington, D.C. and is a member of the Council on Foreign Relations, according to her biography provided by the All American Speakers Bureau. [back to text for fn_1]