This transcript appears in the October 2, 2020 issue of Executive Intelligence Review. 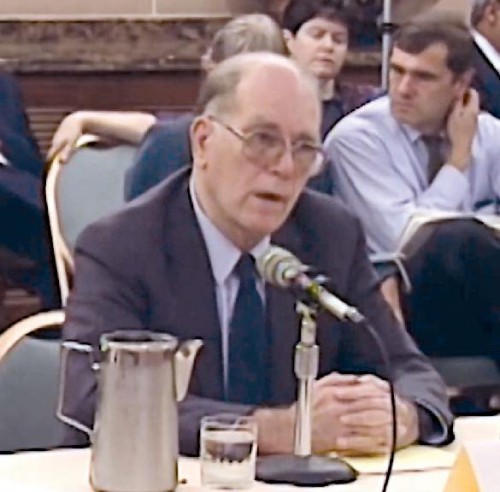 In 1982-83, there were two things which greatly excited my enemies. Number one, I had been involved, in 1982, in presenting a proposal which was based on my forecast in the spring of 1982, that a major debt crisis would break out in South America, Central America, and the expectation that Mexico would be the nation that would have a debt crisis.

I’d been involved with many of these countries and personalities in them, in projecting alternatives to this kind of inequitable system, where the “colonial nation” had been replaced by the term “debtor nation.” And the debt of South America, Central America was largely illegitimate, that is, it was a debt which had not been incurred for value received, but had been done under special monetary conditions, under the so-called floating exchange rate system, where bankers would come to a country, the IMF in particular, and would say, “We just wrote down the value of your currency; we’re now going to re-fund your financing of your foreign debt, which you can no longer pay on the same basis as before.”

So I proposed that the debt crisis be used as the occasion for united action by a number of governments of South and Central American countries, to force a reform in the international debt relations, and to force a reform within international monetary relations. This report was titled Operation Juárez, largely because of the relationship of President Lincoln to Mexico during the time that Lincoln was President, with the idea that it was in the interest of the United States to accept and sponsor such a reform, to assist these countries in the freedom to resume development of the type which they had desired.

This report was published in August of 1982, ironically a few weeks before the eruption of the great Mexico debt crisis of ’82. It was presented also to the U.S. government and the National Security Council, for the President’s information at that time. There was some effort, on the part of the President of Mexico, to implement my proposal in the initial period of the debt crisis. He had, at that time, some support from the President of Brazil and the government of Argentina. But under pressure from the United States, the governments of Brazil and Argentina capitulated, and President José López Portillo, the President of Mexico, was left, shall we say, “hanging out to dry.”

As a result, in October of 1982, he capitulated to the terms which were delivered to his government and people around him, by people such as Henry A. Kissinger, who made a trip to Mexico at that time, to attempt to intimidate the Mexicans to submitting to these new terms. This was one issue between me, and Kissinger and his friends.

The second issue was that sometime about December of 1981, a representative of the U.S. government approached me, and had asked me if I would be willing to set up an exploratory back-channel discussion with the Soviet government, because the Soviet government wanted, according to them, an additional channel to discuss things. I said I didn’t reject the idea, but I said I had an idea on this question of nuclear missiles. It was becoming increasingly dangerous, forward-basing, more-precise missiles, electromagnetic pulse, we’re getting toward a first strike; it would be very useful to discuss what I proposed in my 1980 election campaign, with the Soviet government, to see if they’d be interested in discussing such a proposal. This might prove a profitable exploratory discussion.

And so, from February of 1982, through February of 1983, I did conduct such back-channel discussions with representatives of the Soviet government in Washington, D.C. Those were somewhat fruitful, but ultimately abortive. Kissinger and others became aware of this discussion, during the summer of 1982, and their circles were very much opposed to that. The general view expressed, was that I was getting “too big for my britches,” and I had to be dealt with—on the question of debt, which some of these people were concerned about, and on this question of strategic missile defense, where I had this proposal, which the President adopted, at least initially, in the form of what became known as the Strategic Defense Initiative. When the Strategic Defense Initiative was announced by the President on March 23, 1983, there were a lot of people out for my scalp....

We have, in my view, a system of injustice whose center is within the Department of Justice, especially the Criminal Division of the U.S. Department of Justice. The problem lies not with one administration or another, though one administration or another may act more positively or more negatively. You have permanent civil service employees, like Deputy Assistant Attorneys General Jack Keeney and Mark Richard, who are coordinators of a nest of institutions in the Criminal Division, which show up repeatedly as leading or key associates of every legal atrocity which I’ve seen.

In my case, when the time came that somebody wanted me out of the way, they were able to rely upon that permanent injustice in the permanent bureaucracy of government, to do the job. As in the Frühmenschen case, the Weaver [Ruby Ridge] case, the Waco case, the case of Kurt Waldheim, the case of John Demjanjuk, and other cases: Always there’s that agency inside the Justice Department, which works for contract, like a hitman, when somebody with the right credentials and passwords walks in, and says, “we want to get this group of people,” or “we want to get this person.”

My case may be, as former Attorney General Ramsey Clark described it, the most extensive and the highest level of these cases, in terms of the duration and scope of the operation…. So my case is important, in the sense it’s more extensive, it’s more deep-going, long-going. But when it came to getting me, it was the same apparatus that I find, in my opinion, was used in these other cases, and that until we remove from our system of government a rotten, permanent bureaucracy which acts like contract assassins, using the authority of the justice system to perpetrate assassination, this country is not free, nor is anyone in it.

That’s my view of the matter. Thank you.