This editorial appears in the October 2, 2020 issue of Executive Intelligence Review. 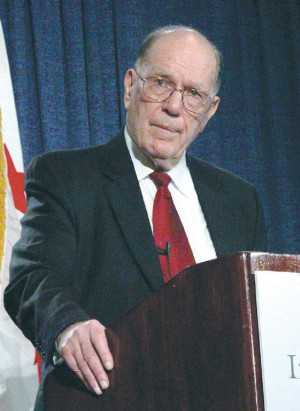 These brief remarks from Lyndon LaRouche, never before published, were communicated to the staff of EIR and other of his associates, on August 15, 1997. He frequently referred to his personal experience of what he called the Pearl Harbor effect.

In a 2001 interview, LaRouche described that: “So now we’ve come to a Pearl Harbor effect. As I saw in that famous Sunday in December 7, 1941, as I was walking the streets of New York that morning, Manhattan, and it was a strange atmosphere in the streets. It was Sunday. The streets were largely deserted. I walked into a hotel lobby where I had a business appointment, and I found out what was happening—Pearl Harbor had been struck. And during the rest of that day, people were running looking for the recruiting offices, military recruiting offices. In panicked mobs. ‘I want to join up, I want to join up.’ So, that was a Pearl Harbor effect which changed the behavior of the American people in one day.”

In the behavior of both individual persons, and of large components of entire populations, or, also, entire populations, the relation between the emotions and judgment is crucial. However, this is a matter as much misunderstood, as it is important. During upcoming developments, this will be the crucial issue, which determines, in large degree, whether or not the planet as a whole plunges into a “New Dark Age.”

The immediate issue is the following:

The world at large, which, curiously, includes the state of virtual reality known as the minds of the U.S. population, has entered a “boundary layer,” a kind of “transonic” region which separates the preceding 30 years from that entirely new order of things, for better, or for much worse, which lies beyond what we shall experience as the increasing turbulence within this boundary layer.

From the evidence of expressed opinions among leading strata of the population around us, but also among our own ranks, there is virtually no evidence that the crucial political effects produced by this boundary layer, are recognized at all. That is: the processes which govern sudden, traumatically induced, “cultural-paradigm shifts.”

Given: a large array of possible choices among sets of axiomatic principles of belief (e.g., such as the dimensions of a Riemannian form of n-dimensional manifold), the way in which the emotions controlling the individual’s mind select some of those principles, and avoid others, will determine the way in which opinions and actions are selected by that individual mind.

Thus, a sufficiently powerful trauma, such as the manifest collapse of the international monetary-financial system, is capable of inducing extremely radical transformations in the set of axiomatic assumptions underlying the formation of individual belief. This could be produced as a by-product of the suppression of some axioms and the activation of others which had been, so to say, “slumbering.” It is also the case, that, under such circumstances, a new axiom (e.g., transforming the manifold of axioms available from n to n+1) may be introduced.

Generally, the way in which the selection from the n+1 array will be formed, will be based upon the relative optimism, or pessimism prevailing. The factor of optimism is aroused by confidence in the new belief-system as either the basis for generating useful theorems of belief for action, or a conditional confidence, conditional upon some available leadership for formulating and directing appropriate forms of action.

For me, it is a warning-sign of looming disaster, wherever I see the appreciation of such emotional considerations put to one side, in favor of a mechanistic reliance upon existing trends in opinion. Without addressing ourselves to the sudden disposition for extremely radical changes in axiomatics underlying the opinion of populations, anything said about strategy and tactics for this period, by us, respecting our own actions, or any influential other institution respecting its own, would be thoroughly incompetent, even for that reason alone.