This editorial appears in the October 9, 2020 issue of Executive Intelligence Review.

How the Top One Percent of American Citizens Think 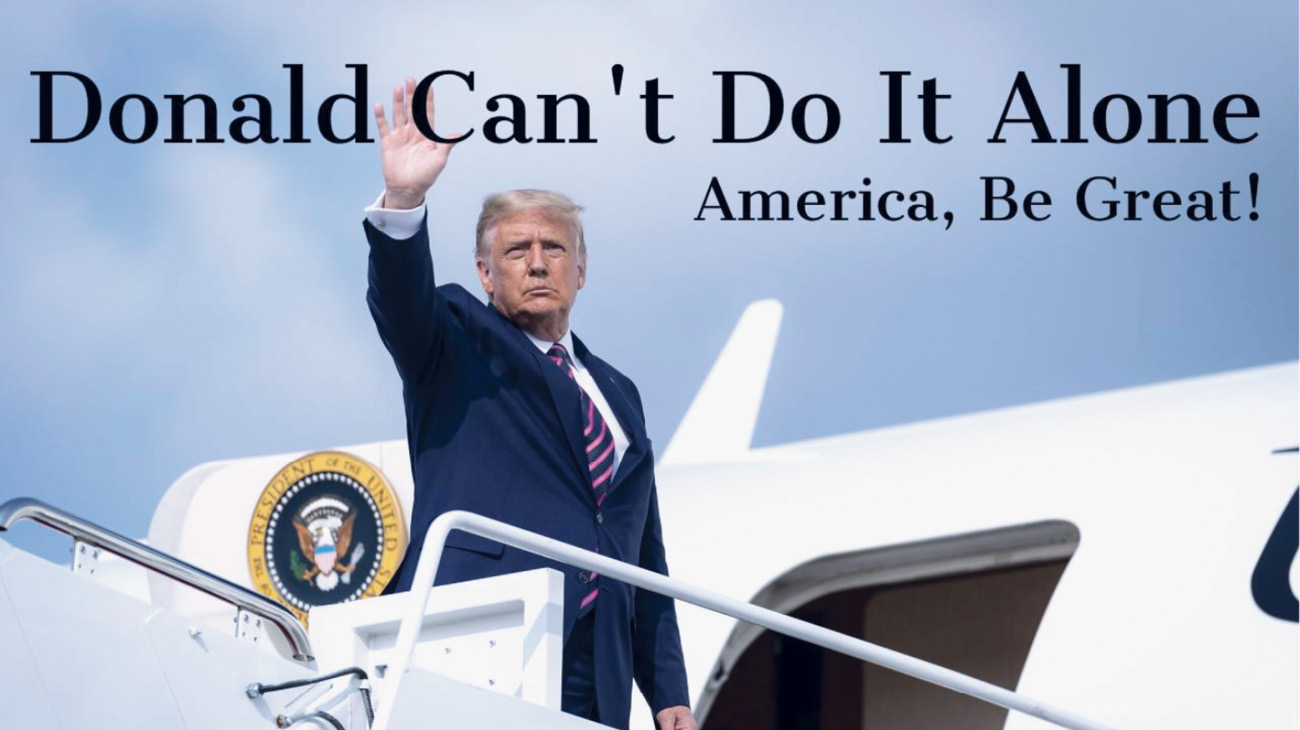 What would Lyndon LaRouche be thinking about today’s crises? In times when it seems that everyone would like to lose their heads, it is always useful to return to Lyndon LaRouche, who would urge profound calm and reflection as to where things stand in the world overall and staying our course: the President must win the election with LaRouche’s ideas brought to the forefront by a population embracing its role in the republic as intelligent citizens. We present here excerpts from Mr. LaRouche’s “How the Top One Percent of American Citizens Think.”

We in the United States, not merely because of the power of the United States, despite our wrecked condition today, but because of our tradition and heritage, have a unique responsibility, a moral responsibility on this planet. We’re the only nation-state thus far which was formed and founded and dedicated to this principle, that every man and woman is made in the image of God, and that we must have a system of social relations, and law, which is based upon that as the fundamental governing principle of the nation-state. That is what the nation-state properly exists to enable.

Despite the fact that we have turned rotten at many times in our history; as we saw as the case with Lincoln’s leadership during the middle of the last century, we see that, embedded in us, we have this heritage, this legacy, which we have found it possible to summon forth from within us, in certain times of crisis. It was decades from the time the United States had a patriotic government, until Lincoln was elected. From the time of the end of the administration of John Quincy Adams, we had no patriotic government of the United States. The Presidency was occupied by fools and traitors: Jackson and Van Buren; the worst of them, of course, were Pierce and Buchanan, and, of course, our dear friend, who made the war with Mexico.

But, in Lincoln’s time, decades after that, after all this evil that occurred, Lincoln was able to call forth the principles upon which the republic was founded, in a time of crisis, to rebuild the nation. Then we were corrupted again: We got Grover Cleveland. Grover Cleveland was a spawn of the Confederacy, a thoroughly evil man. And the fact that he could be elected, indicates that evil had taken over the country. Teddy Roosevelt was a spawn of the Confederacy. He was our first Jim Crow President, and he fully deserved that name. He was a filthy character, an evil man, who got his job by assassinating his predecessor, or having it done for him. Woodrow Wilson, who, while President of the United States in 1915, refounded the Ku Klux Klan in the United States, personally, from the White House. Calvin Coolidge, who was no better. Hoover wasn’t so bad, he was just a Republican, and that wasn’t too good.

Then you had Roosevelt, who, in a time of crisis, was able to call forth from those of my generation, that same dedication as from Lincoln’s time. As a matter of fact, you recall: If you studied in the northern states, in particular, how many of you of my age, or approximately that, say, in the eighth grade, learned the Gettysburg Address? How many of you went to war with the image of Lincoln in your mind? How many of you in that time looked at what we saw overseas, in the world around us, through the eyes of memory of Lincoln? How many of us identified our patriotism with Lincoln? And that began to end in about 1963, with the assassination of Kennedy.

The civil rights movement was energized—why? By my generation coming into the White House, in the form of Jack Kennedy. And Jack Kennedy, with whatever else he was, represented a revival of our commitment during the war, to deal with evil as we saw it in the world, the evil which Truman had allied us with, and the evil which Mr. Eisenhowever did not want to deal with, because he had two loyalties, the United States and the British, and he was always conflicted on those issues.

So, we have this within us still. And I would hope that those of you who sometimes feel weakened because you’re in your seventies, or sometimes older, realize that you are extremely important, and you have a resource in the fact that you have embedded in you, the ability to call forth that legacy. ... 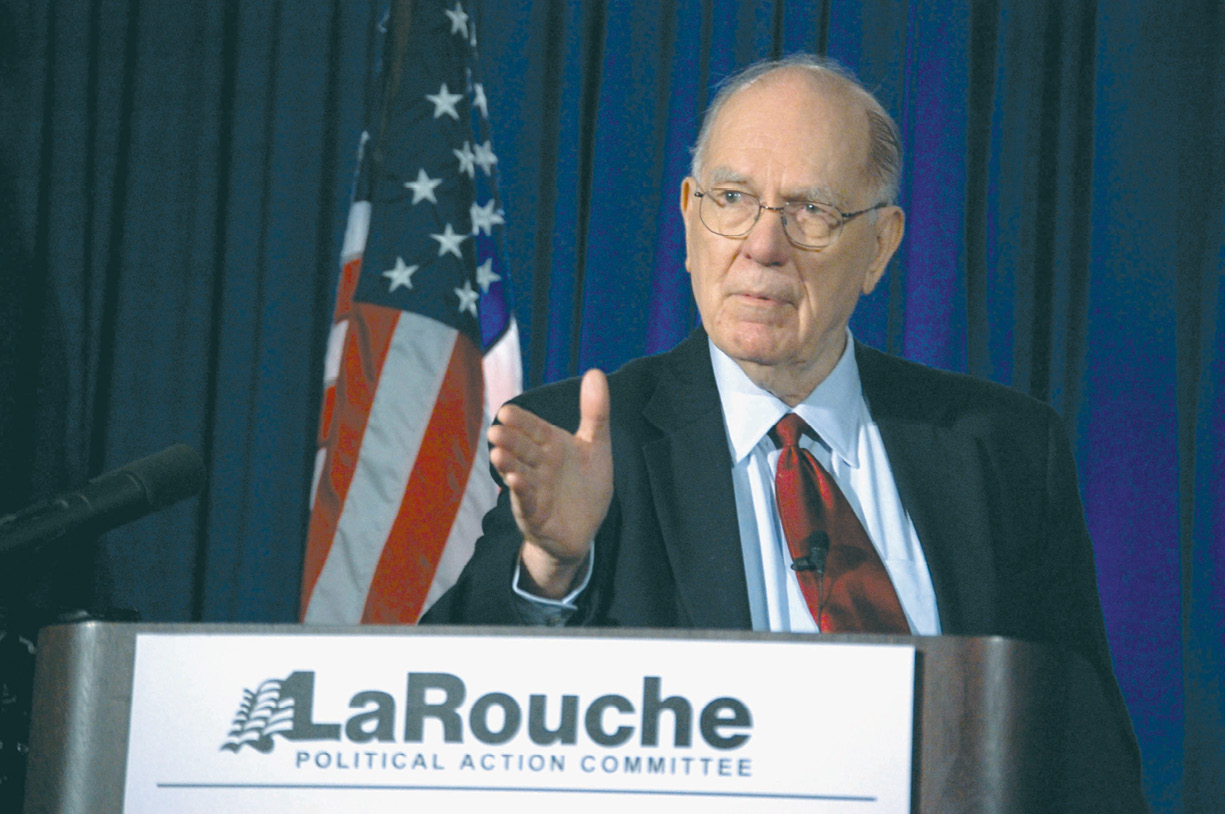 The Issue of Leadership

There are some people who say we should submit, I should draft, or so forth, or we should submit to Washington a complicated plan, which tells the Clinton administration what they have to do on Day Minus Two, Day Minus One, Day Zero, Day One, Day Three, and so forth, in dealing with this monetary crisis. That obviously won’t work; because, first of all, Clinton is not capable of doing that. And besides, situations are going to be much more complicated and much more fluid, so that you can’t plan in that mechanistic way, in any case. ...

And you’re not going to do it by submitting a secret plan to Bill Clinton. Because he’s not capable of carrying it out, and if he were capable of carrying it out, it probably still wouldn’t work, because the complexities of a human situation, the complexities of the planetary situation are such, that you can not work that way. You have to have a much more flexible approach, which is applying to economics and politics, the principle which is called the mission tactic, in terms of military command. ...

Mission tactics work, on the assumption in the military field, that your commanders, including down to the platoon sergeant level generally, and the corporal who’s bucking for platoon sergeant, each understands and accepts a system of belief, which constitutes the axioms of military combat decisions, and logistical decisions. Therefore, if that is developed in that commander, that non-com or officer, then you can rely upon that non-com and officer, in that degree, to respond to an unusual situation, with an appropriate response. And it’s to the degree that that system was introduced in Germany, that the German platoon sergeant was considered the leading combat soldier of Europe. ...

But the key thing in this whole business, is not the romance and glory, and clash of arms. The key thing is: Have you introduced the proper axiomatic assumptions on which the people who are going to make the decisions, are going to operate? That’s what I’ve dealt with today. I’ve dealt with, in a preliminary fashion, identification of the axiomatic assumptions about the nature of man, the nature of ideas, the nature of economy, which govern the way that anybody who is going to run an economy or deal with an economy, is going to react.

In other words, if I wanted to create an army of people, who were going to go out there and take this economy over, and run it for the people: You want people who are going to respond to a situation, to make decisions that conform to certain axioms, or axiomatic beliefs. And they’re going to have to know how to change and improve those axiomatic beliefs.