This article appears in the July 30, 2021 issue of Executive Intelligence Review.

For those among us with any significant experience with commonplace instances of victims of what is called “brainwashing,” there should have been nothing surprising in the fact that certain former associates of a political association, who had spent as much as decades of their life briefly either in or long-since departed from that association, should have been changed, by what is appropriately called “brainwashing,” into a decades-long obsession with hatred against me, not for any actual reason of what I might have done to them, but for what they, seemingly without rational intent, attempted to do on behalf of those well-known enemies of mine on which they had come to depend for the fears which controlled a crucial aspect of their personal mental life.

For many relevant such cases, for which the case history is more or less defined, the nature of their mental aberration should be obvious: the commonplace term which can, and should be used to describe such behavior most efficiently, is “brainwashing,” as that phenomenon might be described as follows.

Over the recent forty years, there has been an accumulation of what are fairly identified as “pathological” cases of departed, and somewhat depraved more or less long-departed members of our association. There is a pattern of such cases, chiefly directed by certain intelligence organizations. The behavior of those persons is a clear case of mental illness to be considered as the root of their sick behavior, even years, even decades later, today.

The characteristic distinction of those former associates which had largely defined their personalities, as much as decades since I last encountered them directly, is usually obsessively irrational hatred against me. The relevant evidence testifies to the sometimes-powerful role which fear of my enemies provokes among a certain class of my enemies’ victims and other dupes.

The common term of description for such cases is “brainwashed:” a fear-driven, obsessive degree of deformation of the victim’s personality, that in a form and degree which persists like a permanent mental disease-syndrome over a span of decades of the remainder of the life of such persons, and even spreads to other members of their families, and more widely, still today. That obsession by such persons, still, years or even decades later, is not to be considered “normal mental behavior.” In such cases, the word “brainwashing” comes to one’s lips.

How are once fine, and, relatively speaking, intelligent persons, even of formerly high moral standards, transformed into the often more or less permanent state of depravity exhibited by the types of cases to which I am referring here?

The simpler description of the cause for such failures of formerly superior qualities of once young personalities, is nothing other than “fear,” particularly, in most relevant cases, fear of my enemies’ seeming capricious power to deliver fear or favor, a kind of mental and moral weakness often induced among the victims of classroom, matrimonial goals, or employment. This “behaviorist” type of syndrome among victims of such influences, is sometimes identified as “brainwashing,” a term which applies in a number of cases which I have been enabled to examine more closely.

I illustrate the nature of the problem so posed for consideration, by a real-life example, from the 1980s transactions within the science organization known then as The Fusion Energy Foundation. The subject is the moral and mental illnesses which are native to the commonplace depravities of a society, or a contemporary scientific community, which manages the “human animals in the cages of society” who are regulated through the “behaviorist” instrumentalities of the creatures’ perceptions of pleasure and of pain.

Consider a case which illustrates the point: 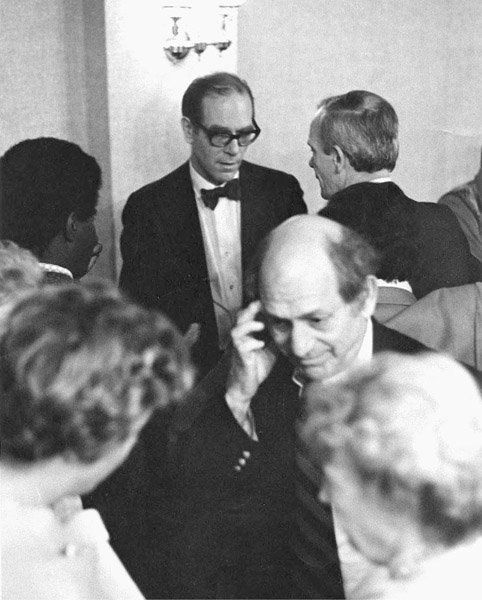 EIRNS
Among those who have demonstrated irrational opposition to LaRouche, were scientists collaborating with the Fusion Energy Foundation over his insistence on the crucial importance of Kepler’s work. LaRouche is shown here (with bowtie) at the FEF’s founding meeting in New York City, November 23, 1974.

Two nationwide assemblies, held in Leesburg, Virginia during the mid-1980s, featured an enraged eruption among a large ration of the scientists participating. The reaction was provoked at the first of these two sessions by my putting on the table, the need to turn attention to the crucial importance of the work of Johannes Kepler for overcoming certain blocks in the work of science at that time.

The wild outbursts against my remark from some of the leading U.S. scientists participating there, are typical of the way in which what is fairly identified as the empiricist mode of “behaviorist forms of brainwashing” dominates not only the entire policy-shaping of President Barack Obama up to this time, but, also, much of the social life, including national policies, as in the U.S.A. and Europe, still today.

The absolutely unique originality of the crucial, keystone quality of contributions to modern science by such successive keystones as Brunelleschi, Cusa, Leonardo, Fermat, Kepler, Leibniz, Kästner, Gauss, and Riemann, is beyond any competent degree of doubt. Nonetheless, entirely as a result of mass-brainwashing, by “behaviorist” methods, of many otherwise qualified modern scientists (excepting those of radically positivist persuasions, such as the followers of Ernst Mach and Bertrand Russell), there is absolutely no scientifically competent reason for rejecting the crucial part of Kepler in defining all modern science, especially that of astrophysics. It is only outright incompetence which would permit any ostensibly trained modern scientist to uphold Isaac Newton as a salient intellectual figure of modern science.

Why do some otherwise competent scientists defend the virtually religious form of worship of Isaac Newton on matters such as the uniquely original discoveries for mathematical physics of Kepler and Leibniz? The answer is “brainwashing”! Fear of being penalized in their careers by a brutish “Babylonian priesthood” which reigns, through certain career-making-and-breaking agencies, which determine who is appointed and ruined, according to the dictatorial powers enjoyed by what is nothing different in character than a Babylonian priesthood, or that of a Tower of Babel!

Or, the Case of Economy

Although it must be admitted, that the circulation of my economic forecasts, which began as professional reports during the latter half of the 1950s, was not widely presented in a relevant degree among economists until the late 1960s; those forecasts have always been accurate in respect to the claims I made for them, from 1956-57, to the present day. In nearly all cases, every putatively rival economist, had been in error on these matters, consistently, until a recent time. Only recently, have serious forecasts been presented which had any relevant competence in respect to those matters of forecasting in which my work is of outstanding global significance for sane governments of the world today. 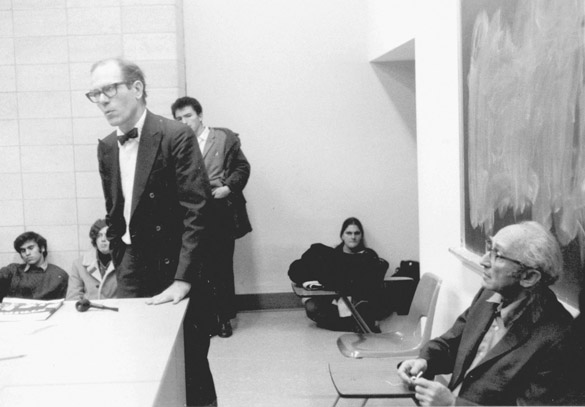 The case of my December 1971 debate with Professor Abba Lerner at Queens College is exemplary; since then, my forecasting is widely accessible among all relevant economists and governments, all of which had generally failed to come up to the quality of standard which I have represented.

The question should be, therefore, since so many among the news media and other relevant circles, world-wide, spent so much effort on denouncing me, always fraudulently, why has any serious agency of government or major economic functions, doubted the competence of my forecasting? Shall we believe that they are each insane; or, shall we believe, rather, that they have found it more comfortable, to pretend that my forecasts have not been competent, in fact, competent repeatedly, when their own were not?

Any among a very large number of political leaders from around the world, as also relevant professionals otherwise, have reported that they wish they could meet with me personally on these subject-matters, but that it would not be prudent for their careers to be known to have met with me. They have often added, that it would be very, very difficult to keep any meeting with me from receiving the highest and widest attention from powerful political adversaries from around much of the world. Hostility explains some of this behavior; but, more often, what can be called fear of loss of career, and of heart-felt desires for related comforts of personal life.

In relevant cases of personal associates who have been ostensibly “brainwashed” into a reversal of their earlier attractions to association with me, there have been indicatively frequent instances in which the threats and offers delivered, such as offers of assistance in securing careers, rather than the alternative of destruction of the comforts of personal and family life, have been a part of the pattern of “behaviorist” modes of conditioned change of belief, as by what is commonly termed “brainwashing,” which has become a more or less widespread pattern within a still-active group of so-called “defectors,” or, if you prefer, “defectives,” accumulated under the effectively active control of either governmental, or quasi-governmental institutional control. This accumulation dates to even earlier than 1968, but has been much more notable in an accumulation of still-active recruits by such “Mutt-and-Jeff” methods of virtual brainwashing (“conditioned reflex”) since 1968.

The evidence assembled through attention to relevant “internet” activities, provides an excellent sample of the evidence bearing upon what I have identified here as “behaviorist conditioned reflex” modification of mental habits (e.g., what is called “brainwashing”).

The case of the rather violent mid-1980s reactions to my presentation of the essential significance of considering the systemic implications of the original, fundamental discoveries of Johannes Kepler, even as echoed in some putatively scientific circles today, is an example of what I mean by effects of “brainwashing.”

Fear becomes, in the morally weakened victims of the phenomenon I have described, like a renegade’s life-long fear, which has bred a treasonous quality of capitulation to a life-long hatred of that enemy’s enemy, one’s former friend.