This article appears in the March 2, 2018 issue of Executive Intelligence Review.

PARKLAND, FLORIDA COULD BE THE TURNING POINT

Feb. 25—On Feb. 16 President Trump hosted an extraordinary listening session with family members and students who lost friends and loved ones in the Marjory Stoneman Douglas High School in Parkland, Florida mass killing, and other horrific school shootings since the massacre at Columbine High School in 1999. The high school students, while clearly profoundly traumatized, were extremely articulate and thoughtful, and what they demanded was, “never again.” They called for an open dialogue where no proposal would be banned from discussion, and agreed that the solution would be complex and involve several factors. The fact that the President of the United States was the host of such a dialogue is reason for hope that “never again” can become a real prospect.

Might the Parkland tragedy be the turning point for America? Will this latest in a long series senseless deaths spark a deeper reappraisal among Americans as to what has gone wrong with our country? 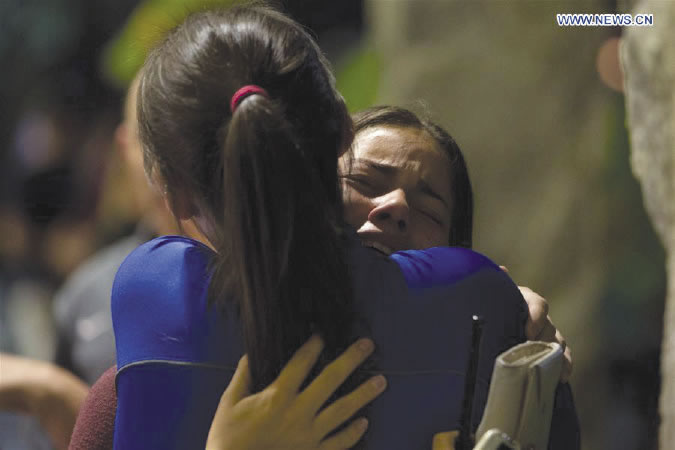 Xinhua/Monica McGivern
Participants at a vigil for the victims of the shooting Feb. 14 at Marjory Stoneman Douglas High School in Parkland, Fla., Feb. 15, 2018.

If one looks at the ongoing horror of mass killings in the United States, together with the drugs, violence, degradation, and pessimism that are engulfing the younger portion of our population, it is patently obvious that simple, specific laws and rules will not be victorious over such all-encompassing crises within our culture. The problem—and the solution—go much deeper.

Two years ago, at the weekly LaRouche PAC Manhattan Town Hall meeting with Lyndon LaRouche, Mr. LaRouche said the following in response to a question about doing something to memorialize the first responders who willingly gave their lives on September 11, 2001.

We need to do something a little stronger: We have to set up some kind of memorial, a living memorial for people who died in that case. That would do something. Because the United States so far has failed to do anything about that—a few handfuls of people have been concerned with that. But we have to get the humiliation expressed by the people as a whole, for their failure to defend life, human life, when that life was needed.

At the moment LaRouche made those remarks, most listeners blithely ignored the word “humiliation,” not wishing to examine their own thoughts and actions since that fateful day—although we did create such a “living memorial” consisting of a series of performances of the Mozart Requiem and several African-American Spirituals on the 15th anniversary of the 9/11 attacks. That action led to the passage of JASTA (the Justice against Sponsors of Terrorism Act), and an overwhelming override of murderous Barack Obama’s veto of that bill. But under the Obama Presidency, and more significantly, with the denial by the American people of the evil he represented, that was not enough to change the direction of our nation.

Yet, the question remains: Why did Lyndon LaRouche use the word “humiliation”? 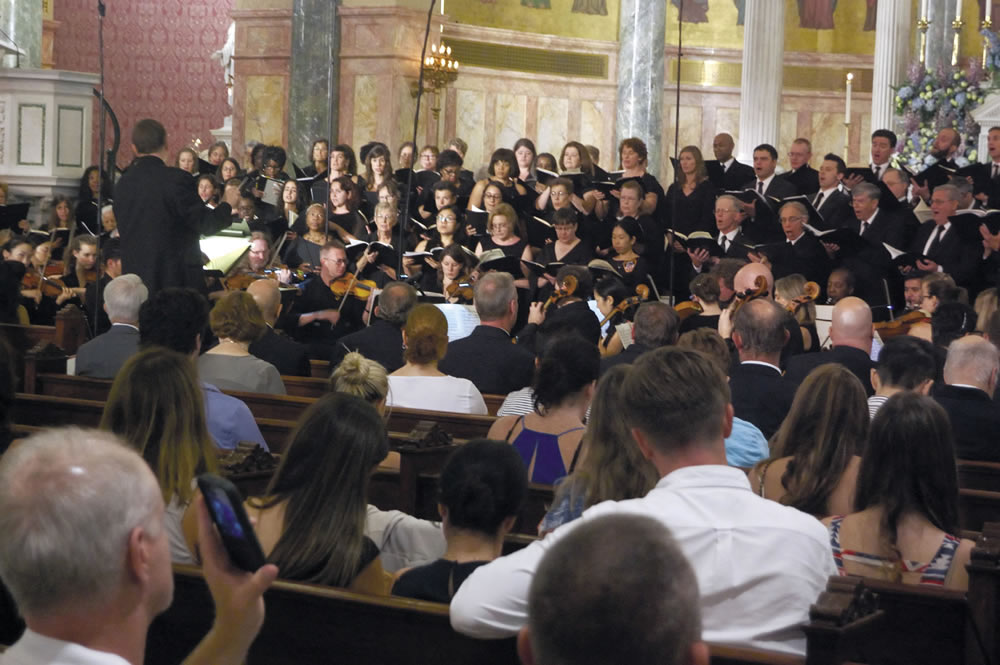 A Lesson From China

Chinese President Xi Jinping in his May 4, 2014 “Youth Day” speech to the young people of China said,

Since the Opium War of the 1840’s, the Chinese people have long cherished a dream of realizing a great national rejuvenation and building China into a strong, democratic and harmonious modern socialist country—the highest and most fundamental interests of the nation. And that’s what 1.3 billion people are striving for.

China used to be a world economic power. However, it missed its chance in the wake of the Industrial Revolution and the consequent dramatic changes, and was thus left behind and suffered humiliation under foreign invasion. Things got worse especially after the Opium War, when the nation was plagued by poverty and weakness, allowing others to trample upon and manipulate us. We must not let this tragic history repeat itself.

The construction of a strong, democratic and harmonious modern socialist country is our goal and responsibility—for the nation, for our forefathers and for future generations. Therefore, we should maintain our willpower, intensify our faith, and walk unswervingly along the road towards our destination.

China has stood up. It will never again tolerate being bullied by any nation. Yet it will never follow in the footsteps of the big powers which seek hegemony once they grow strong. Our country is following a path of peaceful development. . ..

Chinese leaders refer to the period from the 1840s Opium War to the 1940s end of the Japanese occupation
of China as the “Century of Humiliation.” The living memory of that horrible period, during which tens of millions of Chinese people were killed, either by the Japanese invaders or British-pushed opium addiction, has become the source of resolve to move forward and ensure that such conditions will never again be imposed upon the Chinese people.

In the last 30 years, China has lifted 700 million or more people out of poverty, and built some of the most spectacular bridges, tunnels, and high-speed rail corridors, with a precision and rapidity which defy the imagination of those still living in the bankrupt western world. There are record numbers of Chinese children studying Classical music and science, and an optimistic spirit of generosity pervades modern Chinese culture. President Xi has vowed to abolish poverty in China by 2020, and worldwide by 2050. 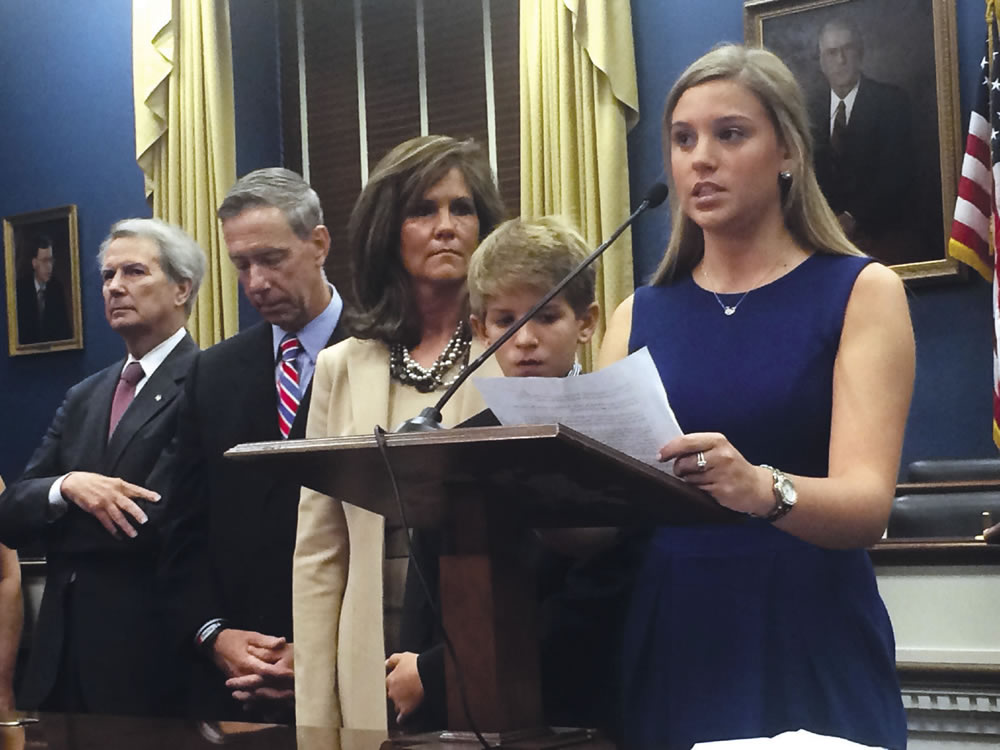 Any effort to build a better future for America’s youth—or for our nation as a whole—must begin with the same sense of vision and determination as is now being exhibited in China. To start down this new path, the first requirement is to recognize the “Half Century of Humiliation” that the American people have been living through since the murder of President John Kennedy in 1963.

Virtually every policy, every hope for a better future which Kennedy fought for, has been abandoned since his death. Instead, we have become a nation with no moral purpose, and one dominated by British and Wall Street interests who have dismantled and obliterated our once proud leadership in science, industry, and technology. They have raped our nation. We have become a people who fled in terror from the murders of the Kennedys and Martin Luther King—and the cover-up of those murders—into a haven of pleasure seeking, entertainment and money. Much like the Chinese at the time of the Opium Wars, we welcomed our own cultural and moral enslavement—not thinking about what America used to be. 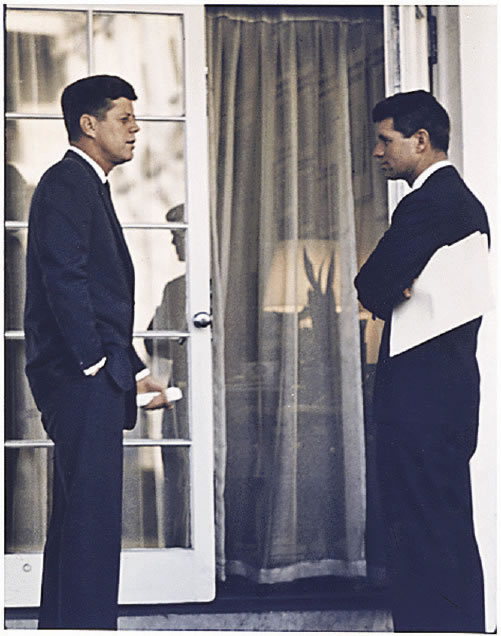 Now, however, we find ourselves at a turning-point. With the rejection of Hillary Clinton in the November 2016 U.S. Presidential Election, and in a world dominated by the stupendous economic progress of China’s Belt and Road Initiative—together with the strategic war avoidance of Putin’s Russia—we find ourselves at a moment when the world is irrevocably changing and great opportunity exists. It is precisely at such a moment that it becomes possible for the people of the United States to look back upon the last approximately 50 years, starting with the British-directed assassination of President Kennedy, and to begin to awaken themselves, as if from a deep slumber, to recognize that this is the moment to recover what has been seemingly lost—and to resolve never to return to such a state of depravity that we tolerate conditions wherein our own children are targets of mass killers.

When the British-run coup against President Trump has been ended, and individuals like “former” MI6 Agent Christopher Steele and Robert Mueller are behind bars, when our greatest philosopher-statesman Lyndon LaRouche has been fully exonerated, his Four Laws are the law of the land, and American children are becoming rocket scientists and classical artists, we will look back upon America’s “Half Century of Humiliation,” and resolve to care for the education, liberty, and happiness of our children and grandchildren in such a way as to ensure the ongoing progress of mankind as a whole, in the development of our galaxy and the universe beyond.