This review appears in the April 20, 2018 issue of Executive Intelligence Review.

[Print version of this review] 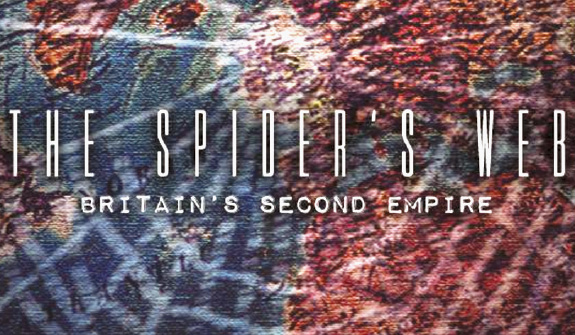 April 15—After two years of a British dossier driving an attempted coup against President Donald Trump, and as the British government of Theresa Mayhem is attempting to force the President into a potentially unsurvivable confrontation with Russia, the recently released documentary, The Spider’s Web, demonstrates the full destructive power of the British Empire—today.

This unusual film will prove those wrong who believe Britain long since ceased to be an empire and has become just a clever manipulator, or even a “puppy” of the great power of the United States. And likewise, those who think Britain’s offshore banking havens such as the Cayman Islands represent a manageable problem like Swiss banking secrecy, and are an obsession only of economic equality/tax justice crusaders.

What is proven here is rather the truth insisted on by Lyndon LaRouche and EIR for many years. Not only is London the central driver of geopolitical manipulations, coups, and wars against rival or rising powers. London is also the world’s dominant financial power and has held the whip hand in making speculation, securitization, and drug-and-terror financing the main activities of global banking since the late 1960s.

Drawing the World’s Wealth to London

The Spider’s Web is co-produced by Tax Justice Network founder John Christensen, and is based in part on a 2011 book, Treasure Islands, by expert on British offshore havens Nicholas Shaxson; an interview with Shaxson is one of its major elements. Christensen has the expertise of having “gone under cover” as advisor to the Queen’s government of the island of Jersey for a number of years.

The film is being screened in a “film tour” by Christensen in the UK and Germany in April-May-June, but has no viewings scheduled in the United States.

It lays bare the tremendous damage the City of London and its banks have done to the world economy—and the U.S. economy—since the 1960s. In its title, its creators are not referring to a secondary British empire, but to the re-establishment of the British Empire after its decisive military demise in the 1950s.

The workings of the UK’s dependent territories, the island financial havens Jersey, Guernsey, British Virgin Islands, Cayman Islands, Gibraltar, formerly Bahamas, etc. have been notorious for years. But the documentary’s broad overview successfully creates an entirely different understanding of them for the viewer. London’s havens, run directly by the Bank of England and City of London, have been drawing the assets of the world into the City of London’s banks for 50 years. This has made London again globally dominant financially, able to loot the developing countries and to drive the U.S. economy, among others, toward speculation over lending, “financialization,” highly risky “securitization,” and deregulation of Wall Street.

The film’s experts show that London has been able to drive deindustrialization of the American and European economies, particularly since London’s “Big Bang” financial deregulation of October 1986, which called the shots for trans-Atlantic bank deregulation.

Moreover, by establishing the “bolt holes”—the Bank of England’s own word for tax-evading island wealth-sinks—and the rules enabling financial corporations and multinationals to pay minimal taxes, and wealthy individuals none at all, London has driven wealth inequality to unprecedented levels, gorgeously rewarded non-productive investment of nations’ savings, and triggered the growth of populism in opposition.

In short, London has driven down growth, productivity, and productive lending and investment in economies throughout the world for half a century. This is the same half-century in which productivity growth and technological breakthroughs have slowed to a virtual stop in the United States economy—to the great puzzlement of economists; its active workforce has begun to shrink; and wars and drug addictions have taken over.

It is now—though neither Shaxson’s book nor the film take up this subject—being partially reversed by China’s extraordinary growth and outward productive investment during this century. London and Beijing represent opposite paradigms for the world economy.

The Spider’s Web presents a straightforward narrative of the creation of the “Second British Empire.”

Begin with Clement Atlee, British Prime Minister 1945-51: “Over and over we have seen that there is another power than that which has its seat at Westminster. The City of London, a convenient term for a collection of financial interests, is able to assert itself vs. the government of the country.”

The Bank of England (BoE) in 1966 declared dollar operations in London out of its jurisdiction; they were officially occurring “Elsewhere.” “London,” says Shaxson, “was a place where senior bankers did not have to worry about the consequences of their actions” (as Wall Street has become since the 1990s). Wall Street banks all moved their international operations to London, where they remain. The “euromarket,” centered in London, rose to $500 billion in size by 1980; to $4.8 trillion by 1988; and 90% of international loans worldwide were made through this market by 1997.

Starting by licensing the Bank of Credit and Commerce International, or BCCI, in 1972, the Bank of England harbored and protected banks funding terrorism and drugs—BCCI became the world’s 7th-largest bank within a decade of its founding, then went bankrupt. The BoE knew BCCI was financing drug cartels and terrorist groups, but tried to prevent its failure. When it failed and its crimes spilled out, then BOE Governor Robert Leigh-Pemberton said, “If we closed down a bank every time we found an incidence of fraud, we’d have rather fewer banks here than we do at the moment.”

The BoE recommended governors for what it called the “secrecy jurisdictions” (offshore islands and island groups) to the British government, which appointed them. London has complete control of these havens while claiming in every instance that it has none; again, they are “Elsewhere.” When the Bahamas, for example, actually left British control and became independent, financial firms all left there and went to the Cayman Islands. 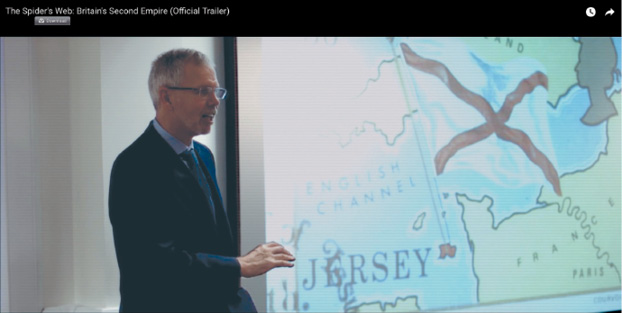 The London banks all set up operations in the offshore havens. London law firms and accounting firms threw many thousands of their most skilled personnel into designing ever-more-complicated “offshore secrecy structures.” These networks, of trusts owning corporations owning trusts, etc., allow ownership of assets to be completely concealed, while allowing them to earn high rates of return, and allowing this growing wealth back into the global financial system — through London banks. A Jersey Senator/whistleblower, who has been repeatedly imprisoned, states that in the City of London and offshore havens, “Most politicians are in business” — the business of designing and executing trust structures.

The purpose was to funnel the world’s wealth to the City of London. Beginning with Chase Manhattan about 1970, London has cut U.S.-based major banks in on the wealth flows, thereby contributing to American deindustrialization and bank deregulation (above all, the repeal of the Glass-Steagall Act).

But at present, 25% of the world’s financial activity, and 50% of financial derivatives betting, is conducted on British territory (the United States has 19% and 25%). Three-quarters of the world’s hedge funds are registered in the Caymans alone.

A stunning example of the accomplishment of the Second Empire is presented by Christensen in a chalkboard presentation: “As much as $50 trillion in assets in the world are owned by no one.” Whether casinos, investment funds or racehorses, their beneficial ownership is virtually impossible to establish. Thus they pay taxes only voluntarily if at all.

The Bank of England apparently could publish a registry of trusts and their owners, but does not allow it. (The film’s account of the doings of HMRC—Her Majesty’s Revenue Commission, the British “IRS”—has to be watched to be believed.)

The Cause Behind the Screen

Nothing is more valuable about this new film than its revelation of Britain’s Second Empire as the cause—unseen but by an exceptional few—of great economic changes for the worse in the past half-century.

Capital flight from developing countries is $1 trillion per year, and half goes into the London-centered banking system. Over the period 1970-2008, $944 billion in capital flight from sub-Saharan Africa alone went into UK offshore secrecy jurisdictions. Developing countries looted in this way, by the terribly powerful incentive for their elites which “offshore” represents, are robbed of investment, development, and de facto are huge creditors of City of London banks.

Productive investment in the industrialized countries of Europe and North America has been disincentivized at all levels, because it is regulated and taxed, while non-productive and securitized investment, particularly FIRE investment (“Financial Independence and Retiring Early”), has the offshore world at its disposal, unregulated and untaxed. These nations’ governments, too, are no match for London’s “Elsewhere” when it comes to the revenue with which they invest in technological progress and infrastructure.

The offshore havens are drivers of economic inequality in nations all over the world.

Many attacks are launched against “Russian mafia” and “Russian oligarchs” as evil financial forces; but since as long ago as the late 1950s, Russians with wealth have been but fish in the sea of London “offshore” finance, often drawn to live in London and sometimes entrapped there. British Prime Minister David Cameron’s father, for example, designed secret trusts for such as these Russians to invest in.

London as the cause behind the screen—for the replacement of bank separation by bank deregulation, the looting of the developing countries, disinvestment in production, creation of “the 1%,” terror financing—is exposed in The Spider’s Web. Britain’s Second Empire is what the new paradigm of the New Silk Road has emerged to replace. Reinstatement of Glass-Steagall alone would begin the Empire’s destruction.