This article appears in the May 11, 2018 issue of Executive Intelligence Review.

May 4—China’s capital, Beijing, an ancient city of nearly 22 million residents, suffers from many of the problems facing huge cities everywhere, including extreme air pollution and traffic congestion. Yet it is nothing like New York City, which is suffering a general breakdown crisis, with crumbling subways, many dysfunctional bridges, and roads and rails treacherous to life and limb.

But China is not waiting for Beijing to collapse before planning ahead for the next 100 to 1,000 years. Uniquely in the world today, China is addressing the problem with big—very big—measures, rather than piecemeal repairs and local reforms. China is building an entirely new metropolis south of Beijing, to be called Xiong’an, forming a triangle with Beijing and Beijing’s port city, Tianjin, approximately 120 km on a side.

What has long been called the “capital region” includes Beijing, Tianjin, and Hebei Province, which surrounds the two self-directed municipalities. Known as “Jing-Jin-Ji” (the abbreviation for Hebei is “Ji”), the capital region has been the subject of multiple studies and policy reforms to relieve the pressure on Beijing, including extensive high-speed and intercity rail development; a new international airport (Beijing Daxing International Airport, to open in 2019, straddling the southern border of Beijing and Hebei Province); the most heavily used subway system in the world (and the second longest after Shanghai); and multiple regulations on industrial and auto emissions. But President Xi Jinping had bigger ideas, in keeping with his visionary Belt and Road Initiative.

Xinhua/Luo Xiaoguang
In Beijing, a woman wears a mask to protect herself from the smog.

In April 2017, President Xi announced that the government would direct the creation of a new city south of Beijing in Hebei, to be called Xiong’an New Area, in the tradition of the Shenzhen Special Economic Zone (launched by Deng Xiaoping in 1980) in Guangzhou Province next to Hongkong, and the Pudong New Area in Shanghai (launched in 1993). 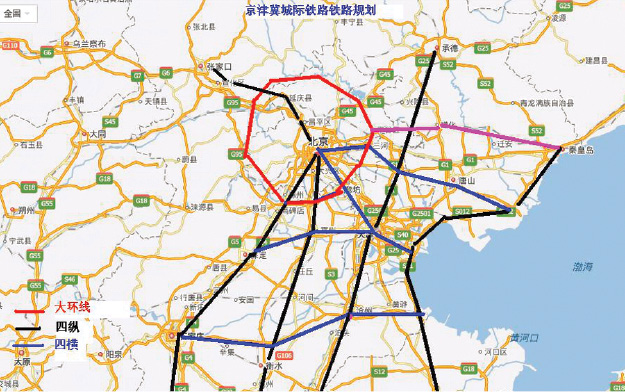 The concept is that the region, now made up of small towns, farmland, and wetlands, will begin its transformation with a 100 square kilometer center, eventually becoming a city of 2,000 square kilometers. Most “non-core” functions of the capital will be moved to Xiong’an, including certain government divisions, offices of state-owned industries, universities, and research and development institutions. An estimated one million government workers are expected to relocate in the near term. Many of the leading private Chinese companies (including Alibaba, Baidu, Tencent, and JD.com) have already set up major centers in Xiong’an.

The plan is to limit the total population in Xiong’an to five million, while capping the population of Beijing at 23 million. 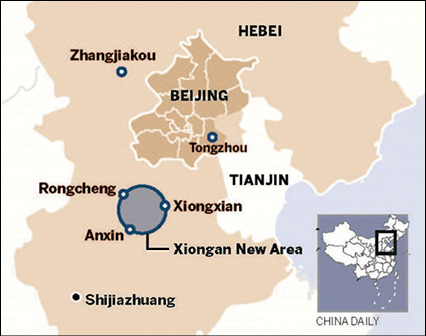 China Daily
A new metropolis south of Beijing, to be called Xiong’an New Area, will form a triangle with Beijing and Beijing’s port city, Tianjin.

Most important, the creation from scratch of this new metropolis will facilitate the economic integration of the tri-city region. An extensive network of high-speed rail and urban rail, some if it already in operation, will reduce the travel time between the three cities to between 30 minutes and one hour, and commuter time will be even less.

After a year of intense planning, the official blueprint for the Xiong’an New Area was adopted on April 20, 2018. Xinhua News reported that the announcement marks “a strategic decision with profound historic significance made by the Central Committee of the Communist Party of China (CPC) with Comrade Xi Jinping at the core.” Xiong’an will be a “new area of ‘national significance’ following the Shenzhen Special Economic Zone and Shanghai Pudong New Area,” according to the document, which calls it “a strategy that will have lasting importance for the millennium to come, and a significant national event.” The plan calls for Xiong’an to become a modern city by 2035, and by 2050 a “significant part of the world-class Beijing-Tianjin-Hebei city cluster, effectively performing Beijing’s non-capital functions and providing the Chinese solution to ‘big city malaise.’ ” 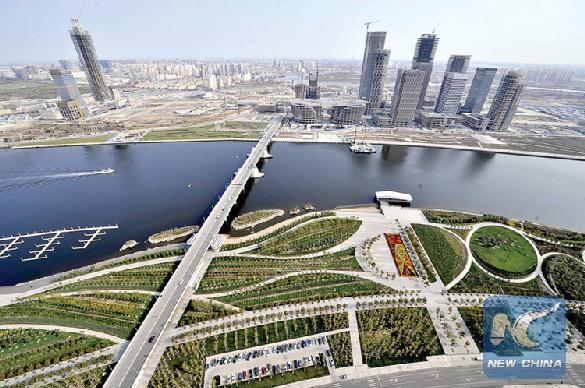 China Daily
A new metropolis south of Beijing, to be called Xiong’an New Area, will form a triangle with Beijing and Beijing’s port city, Tianjin.

From Polluted Wetlands to Green City

The history of the area is fascinating. In the last years of the Northern Sung Dynasty in the late 12th Century, the government was threatened with invaders from the nomadic Khitan tribes to the north. A decision was made to channel water into the region to create a “natural” defense zone—a “Great Water Wall”—stretching nearly 500 km, which was “not deep enough for boats to float on, and not shallow enough for people to walk through” (see Zhang Ling, https://thediplomat.com/2018/04/xiongan-new-area-1000-years-of-government-intervention/). While this plan eventually failed to prevent the Mongol invasions in the 13th Century, which conquered all of China, much of the region has remained a generally useless wetlands ever since, with low population density.

Baiyang Lake, the largest freshwater lake in northern China, and a major tourist attraction, sits in the center of the Xiong’an New Area. But, due to industrial waste and over-extraction of ground water, it is heavily polluted. A major aspect of the development plan is to clean up Baiyang Lake and restructure the wetlands. Many aging and heavily polluting industrial plants in the region have been shut down. Regulations to prevent land speculation—which skyrocketed following announcement of the development plan—have been implemented, with the intention that affordable housing must be available for the influx of the new workforce.

The plan includes digging out the mud in portions of the wetlands, piling the excavated mud in the northern part of Xiong’an, and creating hills and a slanted landscape, thus draining the wetlands into an enlarged Baiyang Lake. Xu Kuangdi, head of the national experts committee for the development of Jing-Jin-Ji, told the Caixin news service on June 8, 2017 that the capital city of Lin’an in the late 12th century Southern Sung Dynasty, known today as the beautiful city of Hangzhou on the West Lake (the site of the G-20 Summit in 2016), was constructed in just this way. 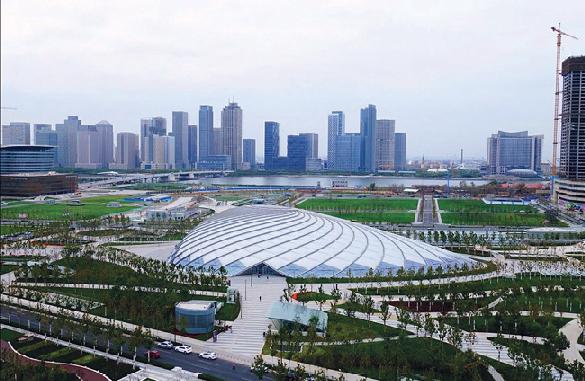 The port city Tianjin is also being modernized, including with its own “New City,” called Binhai New Area, established in 2009 (there are 19 “New Areas” in China altogether, indicating central government efforts to build modern centers for development across the country). In addition to its role as the marine gateway to northern China and a growing industrial base, Tianjin is also a major tourist center, due to its rich history. The Grand Canal, begun in the 6th Century to bring grain from the south to the Beijing area, passes through Tianjin. The Port of Tianjin was destroyed by the British in the Second Opium War in 1858-60, and again in 1900 the western powers attacked Tianjin to put down the Boxer Rebellion.

According to Yang Maorang, head of the Binhai New Area, over 2,500 projects have been moved from Beijing over the past four years with an investment of over $50 billion, including a new Science Park. The city is the home of the largest number of colleges and universities in China, as well as research centers.

The basic rail plan to interconnect the entire capital region was developed before the announcement of the Xiong’an New Area, but it will remain little changed. Twenty-four intercity rail lines, totalling nearly 3,500 km of track, will link all the major areas of the region by 2050. The new ring rail around Beijing will start at the new Daxing International Airport—about a third of the way between Beijing city center and Xiong’an. Four vertical and four horizontal rail lines will connect every major center in the region. The first high-speed rail connection from Beijing to Xiong’an New Area was established on July 6, 2017.

The official blueprint for the Xiong’an New Area, released April 20, concludes that Xiong’an will become “a model city in the history of human development.”