Italy’s New Finance Minister
Is a Friend of China 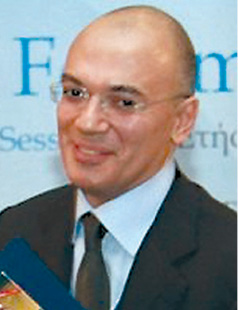 June 5—Cinitalia is the official Italian-language magazine of China Radio International (now part of China Media Group), and is the only magazine which links Italian and Chinese institutions. Global Broadcasting Times (GBT) is a media multinational, originally state-owned, but now a privately-held group operating in China and twelve other countries globally. On June 2, we met with Giovanni Cubeddu, Director of Cinitalia and Vice President for Development of GBT, for his comments on the view from Beijing of Italy’s new government. (The program of the new government coalition makes no mention of China.) Our conversation led to the figure of the new Economics (Finance) Minister, Giovanni Tria. 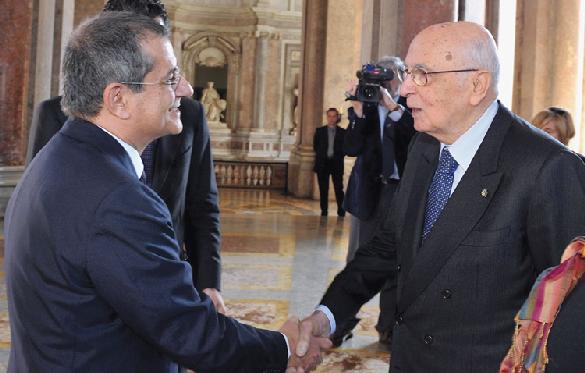 presidenti.quirinale.it
Giovanni Tria (left), takes the constitutional oath before State President Mattarella (right), with the other members of the new government led by Prime Minister Giuseppe Conte government, at the Quirinale Palace, June 1, 2018.

Tria is a figure who, with his capabilities and his balanced view, cannot fail to make a positive contribution to bilateral relations with China, Cubeddu said. Tria was in charge of relations with the People’s Republic of China, as Chairman of the Economics Department of Tor Vergata University. Tria has done an excellent job, developing the international reach of the university in cooperative projects with China at the national and provincial levels.

It is not unimportant that Italy finally has a minister who understands and speaks Chinese, not just as a language but as a system. Above all, Tria has experience with the intricacies of the ways in which one should approach and relate to the Chinese nomenklatura. In recent days, the media have reported on Tria’s sympathies for Maoism in his youth, which were no different from those of others of the ’68 generation; but the important point is that today, Tria definitely has a very clear view of the attitude which our country should have towards China—and at a high level of concreteness and creativity. He knows how necessary it is to work in a coordinated fashion across the board (we say “fare Sistema”), in order to enter the Chinese market. He will promote an internationalization policy in which Italian universities and firms, in a shared framework and with wiser government support, will be leaders in restoring the deserved position of the label “Made in Italy” in China. And this connection between academy and industry, let us not forget, will also be of great benefit to the model of the university system which Tria has advanced for Italy. 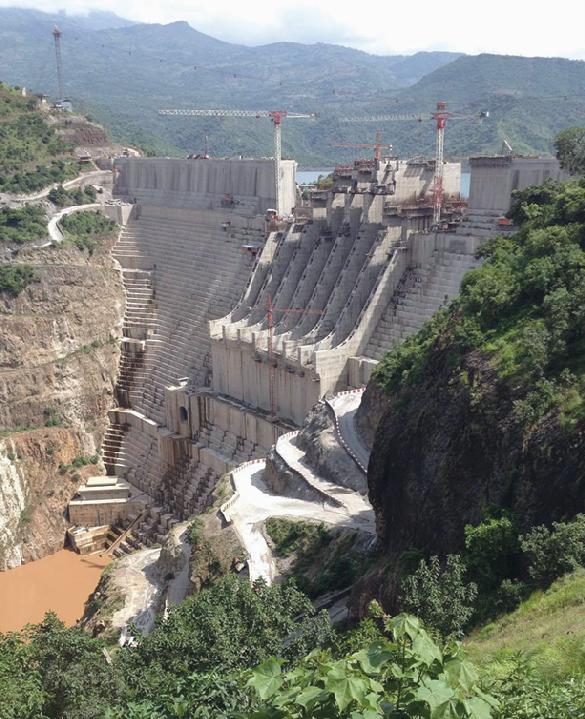 cc/Mimi Abebayehu
The Gibe III Dam on the Omo River in Ethiopia was built by Salini Costruttori of Italy. The Industrial and Commercial Bank of China financed the electrical and mechanical equipment for the project.

At Tor Vergata, Tria developed relations with institutions of Zhejiang Province in particular, developing what has been called the “Zhejiang model.” A recent example of that model of cooperation was the “Meeting with the Delegation of the Zhejiang Institute of Administration of China,” held on Nov. 10, 2017 in Rome, in the framework of the MoU signed by Tor Vergata University and that Institute. That meeting focused on two issues: “Cooperation and research activity,” and “The Silk Road: economic and trade cooperation between China and Italy.” Another example was the meeting with the Chinese delegation of the South China Agricultural University of Guangdong Province on May 10, 2017 in Rome, to sign a cultural-scientific agreement.

Cubeddu stressed the importance of such an agreement between the Tor Vergata mission and Zhejiang Province. In the first place, Zhejiang is the province of origin of most of the Chinese immigrants to Italy. It is also a major economic center—Alibaba, the world’s largest e-commerce platform, is based in Hangzhou, its capital city. Last but not least, it is the cradle of the Communist Party of China (CPC), not a minor aspect, especially in view of the coming celebration of the CPC’s centennial in 2021. President Xi Jinping himself spent key years of his political career in the CPC in this province, from 2002 to 2007.

As a member of the Italian government, it can be assumed that Tria will favor that the government find every possible advantage for Italy in China’s Belt and Road Initiative, with a “Chinese” level of concreteness and specificity. And Cubeddu is convinced that the new Economics Minister has the highest qualifications to do this. At the same time, Italy is represented in Beijing by Ambassador Ettore Francesco Sequi, an excellent diplomat who will know best how to develop a love for Italy in China, how to develop innovative joint ventures, and how to attract Chinese investors who want to become successful by investing in Italy.

Concluding the discussion, Cubeddu said the new Italian government’s program focuses attention on the southern shore of Italy, the Mediterranean and the Middle East. Let us, as Italians, resume our calling in this area, in which Beijing is more and more interested.