YOU GOTTA BE KIDDING!

June 16—Some people have some screws seriously loose over at the Nelson Mandela Foundation, since they have invited the anti-African former American President Barack Obama to deliver the 16th annual Nelson Mandela lecture on July 17, at the Ellis Park Arena in Johannesburg, in this the hundredth anniversary of the birth of our father. Around 4,000 people are expected to attend this event on the day before Nelson Mandela International Day.

And, as if Obama making this speech were not a sufficient affront, he and his Obama Foundation intend to hold a week-long conference—with workshops and training sessions—of young African “emerging leaders” in Johannesburg, as part of his ongoing recruitment to his cause of serving the neo-colonialists of the British Empire. No doubt he intends to spread chaos in our country and beyond, with the help of former U.S. Ambassador to South Africa Patrick Gaspard—now the president of George Soros’ Open Society Foundations—who Obama is bringing with him. 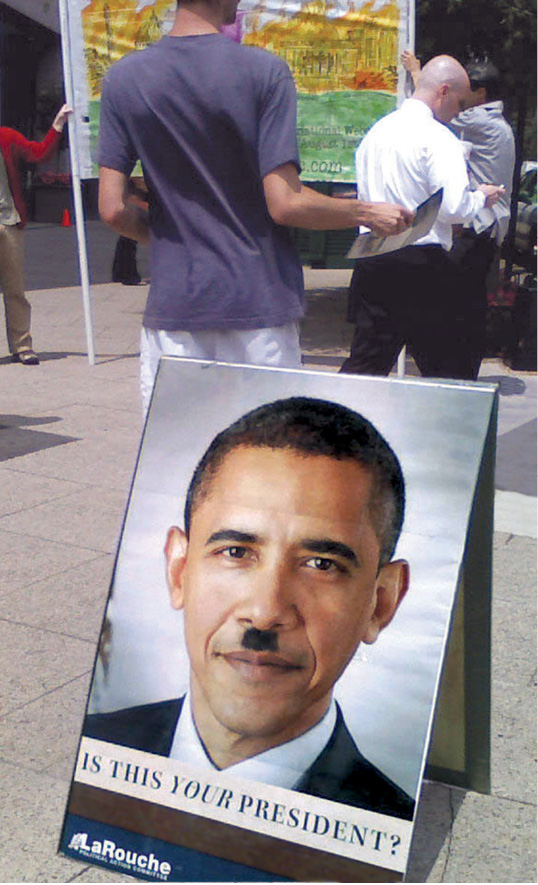 Perhaps some thought it appropriate for Obama to give this lecture, since he was the first black President of the United States. But he was no great leader, and certainly no great President. He was nothing more than a “lawn jockey” for his racist masters, who run the British empire. It was their evil interests he served then—and still does—not those of the American people, and especially not the black people, who saw their living conditions decline during his two terms in office. And certainly he did not serve the interests of Africans.

Nelson Mandela successfully brought our nation out of the backwardness and evil of the apartheid system that had actually been inspired by the British Empire, by seeking and securing an alliance with an erstwhile enemy, the Afrikaner and State President F.W. de Klerk. That “impossible” alliance avoided the race war “destiny” desired—and organized for—by the British neo-colonial elite and their assets in our country, and instead provided us the opportunity, as yet not fully realized, to develop not only into Africa’s most powerful economy, but also a leader for progress on the world stage.

Obama succeeded in dividing his nation, deepening the racial divide, while extending the policies of regime change and war that had been the hallmark of the prior George W. Bush Presidency. The fake media treats Obama as if he were walking in the tradition of Martin Luther King, Jr., when in fact he is nothing more than an arrogant whore for the City of London and its Wall Street satrapy. He came here in 2013 to arrogantly lecture us that we must not aspire to be a fully developed economy and nation, lest we threaten and destroy nature. He was really spouting the kind of crap typically emitted from the mouths of the British Royals—such as His Royal Virus, Prince Philip, and his Dumbo-like son Charles—about Africans learning to know and enjoy their underdevelopment. 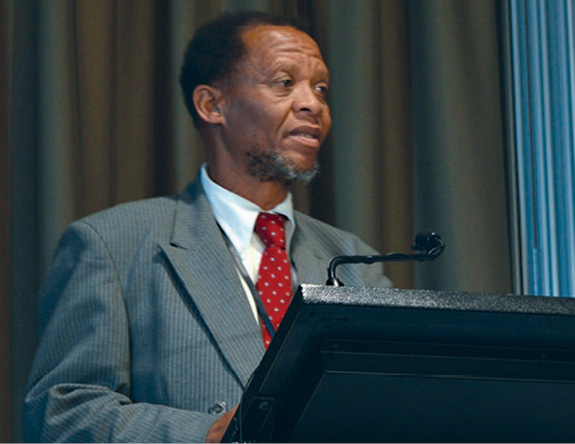 Ramasimong Phillip Tsokolibane, speaking on “Developing Africa through the BRICS” at a World Land-Bridge conference in Australia, 2015.

While he was here, I helped to build a demonstration that included hundreds of students, trade unionists, Communists, Muslims, and others to suitably greet Mr. Obama on June 29, 2013 at the University of Johannesburg’s Soweto Campus, where he delivered a speech and collected an honorary degree. Members of LaRouche South Africa, the South African branch of the LaRouche movement, at that demonstration, prominently displayed the famous mustachioed Obama poster that accurately depicts him as Adolf Hitler, with which the LaRouche movement had tormented him in the United States.

Nothing has changed about Obama and his essence since that time—except that we have had the happy news that he is out of office, and his chosen successor, Secretary of State Hillary Clinton, was driven from office by the American people. It was a rebellion against the politics of Obama and his female clone Hillary that swept Donald Trump into the White House in the November 2016 election.

So, who would invite this murderous clown, the British “lawn jockey” Obama, to celebrate the life of Nelson Mandela? Only those, whose intention is to defile the memory of Mandela, would give this pro-British, fake American Obama the podium. That’s who. It is still not too late to disinvite Obama, and that is what I recommend be done. Perhaps we might invite either China’s President Xi or Russia’s President Putin to deliver the speech instead. This might not be as far-fetched as it might seem to the uninformed; both will be coming to South Africa only a few days after the Mandela lecture, to participate in the BRICS summit, for which our nation is this year’s host.

That summit and our involvement in the BRICS embody the true heritage and tradition of our father.

Does anyone have the guts to do what is right? Honor the memory of Nelson Mandela—disinvite Obama!