The Urgent Need for a New Paradigm in International Relations

A Peace Order Based on the Development of Nations

10:00 – Conference Keynote: The Coincidence of Opposites—The World of TomorrowHelga Zepp-LaRouche, Chairwoman of the Schiller Institute

How to Overcome Geopolitics and theDanger of a New World War

• The True Interest of the United States

• The U.S. Refusal of a Multipolar World Makes the Transition Very Painful

• The President Trump Europeans Do Not Know

How the Belt and Road Initiative Is Changing Africa:The Only Human Solution to the Refugee Crisis

• A Role for Europe in the Belt and Road Initiative

Wang Hao, Embassy of the People’s Republic of China to the Federal Republic of Germany, 1st Secretary for Economy and Trade

• After the Transaqua Breakthrough, Nigeria Comes to the Fore

H.E. Yusuf Maitama Tuggar, Ambassador of the Federal Republic of Nigeria to Germany

• The Impact of Transaqua on the Future Development of Africa

• What Pan-Africanism on the Silk Road?Amzat Boukari-Yabara, African Historian, General Secretary of the Pan-African League—UMOJA

• Operation Felix: Yemen’s Reconstruction and Connection to the Belt and Road

Greetings to the Conference from Prof. Michele Geraci, newly appointed Undersecretary of State in the Ministry for Economic Development, Italy

• KEYNOTE: Europe’s Future Needs to Be Inclusive, with the New Silk Roads and the World Land-Bridge

• The Re-establishment of International Law

• Has European Integration Gone Too Far?

Marco Zanni, Member of the European Parliament from Italy

Economic and Political Potentials ofthe One Belt One Road

• The New Paradigm from the View of the BalkansProf. Ivo Christov, Member of Bulgarian Parliament

• The Options for Integration of the Eurasian Customs and Economic Union and China’s OBOR InitiativeFolker Hellmeyer, Economist, Germany

• On the New Silk Road—Achievements and Prospects of Economic Cooperation between Serbia and ChinaDusko Dimitrijevic, Ph.D., Professorial Fellow, Institute of International Politics and Economics, Serbia

• The Eurasia Canal and the New Silk RoadProfessor Nuraly Bekturganov, Vice President of Academy of Natural Sciences of Kazakhstan

Below: The classical concert on the evening of June 30.
View full size 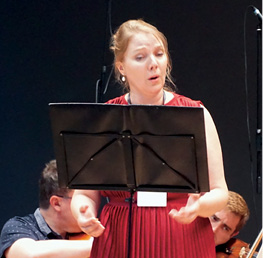 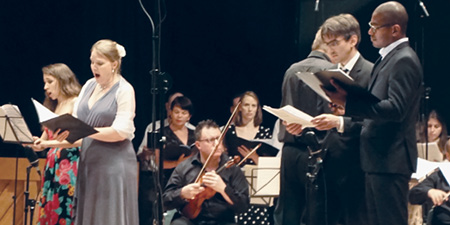 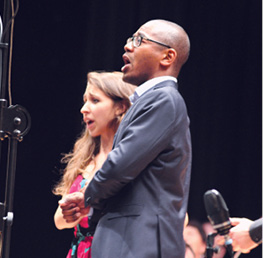