This article appears in the August 10, 2018 issue of Executive Intelligence Review.

Rogers Vows to Eliminate Poverty in U.S.A. by 2030

Aug. 3—Kesha Rogers, an Independent candidate for Congress in Texas’s 9th CD, has vowed to lead a drive to eliminate poverty in the United States by 2030 if she is elected to Congress. In a statement issued by her campaign last week, she said that “by re-establishing our own economic sovereignty over Wall Street, we can use the Constitutional mechanisms to fund our own recovery through a Hamiltonian credit system, and eliminate poverty in the United States by 2030. If we fully unleashed the power of our unique Constitutional system, and collaborated with China and Russia in the Belt and Road Initiative with the determination” that Martin Luther King so strongly stood for, we could end poverty in the United States and for everyone on Earth by 2050. 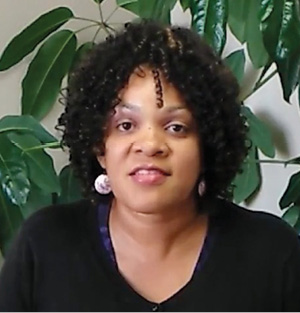 We reached Rogers between campaign events and were able to briefly discuss her ambitious approach, which is certainly a breath of fresh air in today’s jaded political environment, in which most candidates have hardened their hearts to human suffering whether it be in America’s inner cities, in our largely deindustrialized industrial Mid-West, or regions still not repaired from Hurricanes Katrina, Sandy and Harvey, or in war-torn and drug-infested regions of the world from Mexico to Yemen to Afghanistan, to name just a few of the heart-wrenching crisis spots in the world. Rogers looks to a uniquely American approach, one that she sees echoed in China’s Belt and Road Initiative.

She doesn’t mince words: “America’s great industrial productivity and the U.S. economy have been in an ongoing collapse, and continue to be dominated by the geopolitical, anti-growth policies of Wall Street and London’s monetary empire. Now, the poorest areas of our nation, once blooming in great industrial, manufacturing and agricultural development, have been driven into the scrap heap. The United States suffers from extreme rates of poverty, suicide, drug abuse, a decline in basic economic infrastructure, and a lack of savings and funding for the future.”

Rogers sees China moving in a different direction, an approach that she sees as harking back to America’s Presidents Franklin Delano Roosevelt and John Kennedy. She points to what she calls China’s “economic miracle for poverty alleviation, lifting hundreds of millions out of poverty with targeted projects and strategies that address the unique problems of each town. This hasn’t just worked in China, but all across the world, most notably in Africa.”

She heralds America’s anti-colonial heritage that she sees as critical to ending poverty not only in the United States but in the world as a whole. Again she goes to the strategic approach of China that is becoming more and more the realization of the best of the American tradition. The China-Africa collaboration is a paradigm we can, and must, learn from, according to Rogers. Her just released campaign statement underscores “the rapid development of the physical economy” now underway in Africa accomplished by “building rail development corridors, and modernizing ports.” That Chinese win-win policy she says, “is now undoing the deliberate policies of colonialism, wars, and economic ruin, of the British Empire.”

China is using the Hamiltonian credit system, referring to the unique anti-monetarist credit policies of America’s first Treasury Secretary, Alexander Hamilton. “China has begun financing and directing the building of all kinds of projects across the continent of Africa, linking nations economically. This includes connecting highways, railroads, and waterways across the entire continent, replenishing Lake Chad, building new dams, power plants, and farms with advanced crop science, and building basic infrastructure like hospitals, schools, and markets.

“Contrary to allegations of land-grabbing African natural resources, the activity of Chinese firms is focused on production to meet the growing demand in Africa itself,” not the rip-everything-out colonial style looting that merely grabs raw materials from Africa. This Chinese approach, which most readers of EIR are quite familiar with, is the direct opposite of the British, French, Belgian and other colonial looting of Africa, be it in the so-called colonial era or the more modern era under Queen Elizabeth II’s consort Prince Philip’s World Wildlife Fund.

Rogers told EIR that she believes it is extremely important for the American people to look at what China is really doing in Africa and not be bamboozled by the stories from the fake media and their xenophobic talking heads on television, radio and the Internet. China, by its domestic poverty alleviation measures and its projects in Africa, provides a “model for the United States in alleviating poverty” in what she calls our “deliberately created ghettos.” What many African nations are doing now in cooperation with China and the BRICS nations, Rogers advocates, “must be adopted in the United States to transform our neglected communities ruined by criminal negligence” into prosperity for all people, not for the few alone.

One Size Does Not Fit All

The key, she stressed to this reporter, is breaking out of the colonial looting mindset, whether it be Enron style corporate looting, financial speculation, or the endless wars we have suffered through under Bush-Cheney and Obama. She said that one of the biggest concerns of her campaign is the issue of poverty, which is rampant among African-Americans and other minority communities in her district. She wants to get people to see that there are solutions. The Chinese approach of building new infrastructure, energy production and manufacturing all over the planet is uniquely people-centered. She finds this to be a critical element, saying: “Real poverty alleviation means figuring out the unique requirements of an area, and unique skills of its population, and responding to these needs specifically, rather than a one size fits all approach, similar to what President Franklin Roosevelt did with the Tennessee Valley Authority.”

Rogers, a long time student of the LaRouche-Riemann method of economic forecasting, reminded this reporter that people are our most valuable resource. “Consider a few of the cities of the United States which are currently desperately impoverished, including right here in Texas. Aren’t nearly all of them on rivers or coastlines, near formerly highly productive manufacturing centers? If the United States were to join with China in the Belt and Road Initiative, aren’t these cities the precise locations which would have to be brought back to life, with modern deep water ports, container docks, and high-speed rail? Think about the positive impact that this would have on the African-American population of the United States, for example, which still has double and triple the death rates of the non-African-American or Hispanic population.”

Rogers is very happy about the sea change she sees happening in the world. She has boldly told her constituents, “The mutually profitable relationship between China and countries in Africa is the same type of win-win relationship we can expect if the United States accepts China’s offer to participate in the Belt and Road Initiative.”

The candidate sees great hope in President Trump’s peace initiatives, saying, he “has dedicated himself to restoring and expanding the decayed U.S. infrastructure, and increasing positive relations with Russia and China as well as other leading nations around the world.” She emphasized that Trump’s “commitment to abolishing the imperial policies of the British Empire and ushering in a new paradigm of economic progress is one that has been the continued mission for the last 40-plus years of American Statesman Lyndon LaRouche, along with his wife Helga.”

Rogers knows she can’t do it alone. As she stated at the outset of her discussion with this author, she intends to lead a drive to eliminate poverty. Her statement hits the point quite concisely saying, “We need leaders in U.S. Congress who will fight to bring the United States on board the new paradigm transforming the planet. That means putting an end to the ruinous systems of IMF, Wall Street and City of London monetary control, and implementing the needed American System credit solutions that have been the driver of our nation’s economic growth, exemplified under Presidents like Lincoln, Franklin Roosevelt, and John F. Kennedy. She concluded her discussion with EIR saying, “We are being left behind. What are we waiting for? We have to step outside of U.S. internal affairs, and see where the solutions to poverty are already in play.”