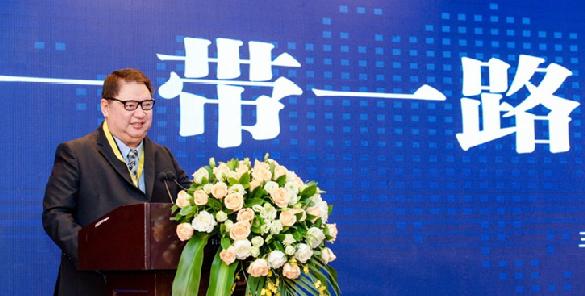 Butch Valdes, founder of the Philippines LaRouche Society, presented the following keynote speech on Sept. 6 in Beijing, at the China-Philippines Education Forum, hosted by the Economic Observer, a weekly newspaper based in Beijing and Shandong Province. The event was attended by education ministers, students, and businessmen. This is an edited transcript.

Greetings! I am honored to have been invited to this forum, organized specifically to foster dialogue between our two nations on the Belt and Road Initiative. I would like to thank the organizers for inviting us to be a part of this significant discussion on the future of mankind.

Today, mankind once again faces a crossroads. One path leads to perpetual war, famine, and disease, while the other leads to cooperation, development, and potentially the greatest cultural renaissance we have known as a species. One path leads to fascism, empire and slavery; the other leads to nation-states and sovereignty of all peoples. One path believes man is created to oppress another, the other believes all men are created equally, capable of noble acts, expressed through universal principles.

Two Views on the Nature of Man

The situation is not new. Throughout history, many philosophers have discussed the nature and purpose of mankind, his relationship with nature, the universe, and to his fellow man.

On one hand, philosophers like Aristotle, Kant, Voltaire, and Nietzsche believed man is merely a higher animal, incapable of noble ideas, and therefore relegated to mere sense-perception, and base instinct.

These thinkers believed that material benefit should be the highest goal of man, and regarded the pursuit of knowledge as a useless endeavor. One of the more contemporary such thinkers, Samuel Huntington, asserted that mankind shall forever be in a state of war, a Clash of Civilizations, because each culture will never find common ground with the other, and conflict is therefore inevitable. Because of this natural state of man, they regard Empire as the highest form of government. If one looks at the 20th Century, it would seem this view of mankind was being played out, through war, famine, and disease. This, they insist, is the natural, ugly order of the universe.

However, there is also an opposite view of the nature of man, one that believes that we were created for a higher purpose, capable of discovering the secrets of the universe, while sharing the discoveries and inventions with each other—that mankind need not oppress each other to advance, but, through Creative Reason, can cooperate for the benefit of everyone.

Whenever mankind has chosen to take this beautiful view of the universe, a scientific, cultural, and economic renaissance soon followed. This group of philosophers includes Plato, Socrates, Gottfried Leibniz, Nicolas of Cusa, and Friedrich Schiller. And, yes, it also includes Confucius and Mencius.

Although living in separate continents, and centuries apart, these great thinkers were as close as could possibly be in their philosophies and intentions for mankind. For Confucius, as with Schiller, the most important was teaching Love of Mankind (ren), which Confucius valued higher than life itself. As Confucius says, “All deeds of man must be embodied with it, otherwise they are worthless.”

There are many examples of this commonality of ideas found throughout world history. U.S. Founding Father Benjamin Franklin is said to have studied Confucius and was inspired to organize a Republic based on the same kind of principles.

Our own national hero, Dr. José Rizal, had a deep love for the works of the German poet of freedom Friedrich Schiller, which inspired him to write novels illustrating his love for freedom and virtue. Rizal was also an ideological collaborator of Dr. Sun Yat-Sen—both exchanging ideas and aspirations about Nationhood and development of their peoples.

It is as if there were a bridge of souls linking these great ideas, these great cultures of mankind. These ideas would usher in the most productive eras in human history, as they will today. In the context of mankind’s current scientific and technological capabilities, the human race is in the perfect position to make giant leaps once again. 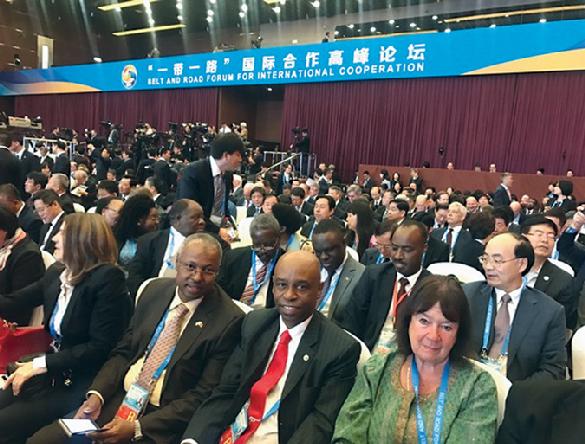 Schiller Institute
Conference participants at the opening session of the Belt and Road Forum for International Cooperation in Beijing, China, May 14, 2017. Helga Zepp-LaRouche is at lower right.

My decades-long involvement with economist Lyndon LaRouche and his wife Helga, have afforded me insight into what they used to call the New Silk Road. Mrs. LaRouche’s decades-long involvement in China, organizing for precisely this program (she is known as the Silk Road Lady), has finally borne fruit, and it brings me great joy to see it progressing within my lifetime. Since the early 1980s, the LaRouche organization has been striving to create a philosophical bridge linking all nations and cultures, uniting mankind through great ideas.

Today, there is no greater time for those ideas to come together. Helga LaRouche pointed out that the Confucian tradition is experiencing a great renaissance in China right now, led by President Xi Jinping, who has made it a point that Confucian teaching must be taught on all levels of society. China’s direct investments in countries along the Belt and Road have already begun this Renaissance.

African nations, which had been suffering for centuries under the yoke of colonial rule, now dare to dream of industrial development; in South America, much needed jobs are being created, steering those nations away from the drug trade. Even in the United States, China has kept an open-door policy for Americans to enter into mutually beneficial relationships under the umbrella of the Belt and Road; the benefits are clear and measurable.

Because of today’s technology, we have listened and learned how China was able to build a new nation out of isolation, how the leadership of China has engaged the Chinese people to participate in the new endeavor, and how China’s culture and rich history have been opened to the world.

Throughout its history, the Philippines has been at the center of an exchange of great cultures of both Europe and Asia, West and East. We have long been friends with all nations, through trade and commerce, and culture.

The Philippines and China have had a long and fruitful history of trade and cooperation. Our earliest artifacts reveal the presence of pots and other objects that originated in China, brought to the islands all across the Philippines and Southeast Asia. Since the 1950s, Christian Chinese schools have been operating in the Philippines, recognizing the rich historical bond of both countries. Our most respected businessmen have strong roots in different provinces in China, and some of them have already established businesses there. 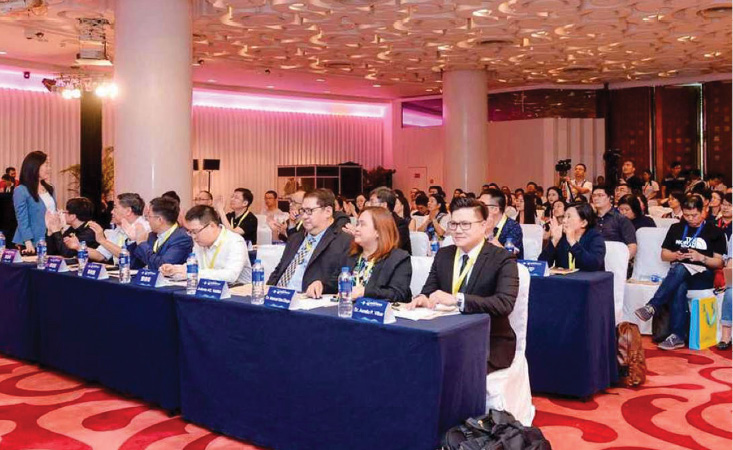 Build a Bridge of Souls to Unite All Mankind

It is time to write yet another chapter in the long story of friendship and cooperation, this time under the Belt and Road Initiative, for the benefit and development of mankind.

President Xi Jinping has presented the world a new paradigm for international relations, where all benefit rather than stay subservient; of dialogue not confrontation; of real friendship, not mere alliance. Unlike the forces that seek to destroy humanity through war, famine, and disease, we should seek to uplift all humanity through great projects which lead to greater development. Indeed, as President Xi articulated: Cooperation is a higher principle than competition.

Like all the universal historical figures before him, President Xi’s efforts at uniting the world through the Belt and Road, come at a very crucial juncture in human civilization, as those who want to retain hegemony over other nations resort to all means necessary—even nuclear war—to sustain their world order.

But as earlier in history, mankind shall overcome this, and enter into a new World Renaissance, such as history has never seen. The Belt and Road Initiative may be seen as history’s offering to mankind, to help rebuild nations, foster new friendships among peoples, and give hope for the future. Let us continue to build that historical Bridge of Souls to unite mankind.

Let us continue to live inspired by the greatest of all possible world cultures and create a permanent Dialogue of Civilizations. Let us be the great people that history has determined us to be today, and for the sake of future generations, work together for a new world renaissance for mankind!