Nov. 11—The article, which follows, by Joel DeJean, an electrical engineer with experience in the defense industry and a long-time associate of Lyndon LaRouche, provides an important brief summary of three new approaches for the development of compact fusion reactors. When considered against the background of the current and future state of the world economy, the emerging potential for a new set of economic relationships among nations replacing “globalism” (a euphemism for the British Empire), and the current state of government and private initiatives to develop fusion, DeJean’s article implies the obvious: it is long past time for an international cooperative effort, among governments and private companies, to launch a full-scale crash program to bring operating fusion power production on line in the immediate future.

That harnessing controlled fusion power would revolutionize the world economy is well accepted. That it is a necessity, is nevertheless poorly understood. Many in policy-making circles, economists, scientists and the public at large, believe that, though harnessing fusion would be nice, a combination of existing power technologies (primarily fossil fuels and nuclear fission) is sufficient for global economic growth for the foreseeable future. We disregard here the specious arguments about low energy-density technologies such as wind and solar.

While, perhaps, from the standpoint merely of energy production requirements, that might be true, yet this view misses the fundamental point. Certainly, a vast expansion of fossil-fuel and nuclear technologies (especially the respectively newer innovations in these areas) is necessary, and may be adequate for the time being. Such an expansion of existing technologies, in the short-term, can maintain the existing state of the economy, as well as support the vast expansion represented by China’s One Belt One Road program, or the efforts underway and proposed for rapid industrialization of the underdeveloped parts of Asia, Africa and the Americas.

But, ultimately fusion power will be required, and it must be harnessed for reasons fundamental to the nature of man.

Lyndon LaRouche has long emphasized the importance of fusion in this regard, placing it at the pinnacle of his operative “Four Laws to Save the USA.” As DeJean notes in the introduction to his article, nuclear fusion is a fundamental physical process prevalent in the universe.

As DeJean indicates, until as recently as 66 years ago, mankind only could harness the derivative effects of cosmic fusion power. With the detonation of a hydrogen bomb, mankind began the process of bringing this fundamental physical principle under conscious human control. Many peaceful uses of this semi-controlled explosive fusion power have been proposed. The late Dr. Edward Teller’s “Operation Plowshare,” for example, proposed the use of hydrogen bomb explosions for large-scale excavation projects, such as the still-unbuilt Kra Canal in Thailand, and the use of underground hydrogen bomb explosions to run electrical generators. Fully controlled fusion power would open a myriad of new potentials for the economic development of mankind.

More important, however, is the effect that the pursuit of this effort, and its eventual success, will have on the creative power of mankind itself. Understanding the fundamental physics involved in bringing about a fully controlled fusion reaction is, perhaps, the greatest scientific challenge mankind has ever faced. It requires a complete reconceptualizing of our current understanding of the fundamental principles of the physical universe, would replace the existing hodge-podge of physical theories that have been built up over the last 100 years or so, and usher in a new level of understanding of man and nature. Elaborating this challenge is beyond the scope of this introduction, but it touches upon the fundamental questions of science raised, in particular, by Max Planck, Albert Einstein, V.I. Vernadsky and, most important, Lyndon LaRouche. 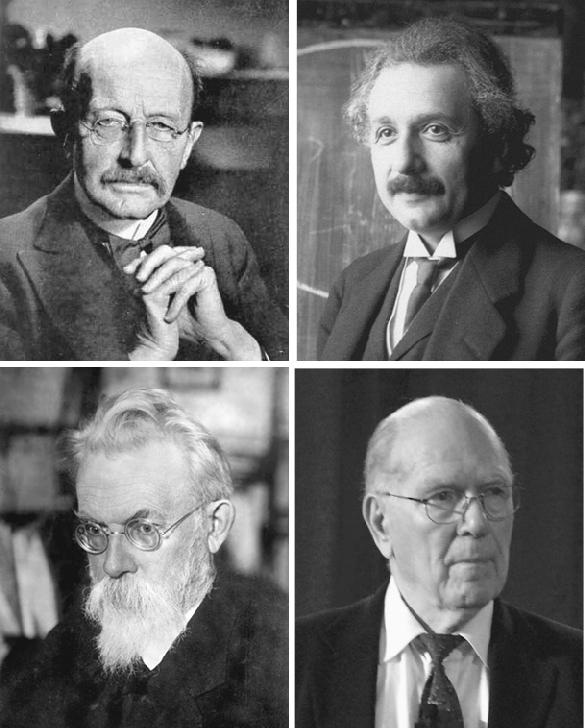 The story can be summarized, albeit all too briefly, as follows:

By the beginning of the twentieth century, mankind’s scientific understanding of the universe had reached a turning point. As Planck put it, the apparent divisions of physical processes corresponding to sense perception, had been revealed to be merely artifacts. Light, heat, matter, energy, particle, wave, chemical, and nuclear, were all beginning to be understood as different manifestations of physical transformations. The object of science turned to gaining more conscious control over these transformations—hence, the development, for example, of capabilities such as greater control over fission and fusion, and lasers.

Unfortunately, this breakthrough in scientific understanding coincided with a disastrous downturn in human affairs, as exhibited by the monstrous death and destruction that characterized the 20th century. As a result, or perhaps, in a certain sense, a cause, the scientific theories that arose in response, such as quantum mechanics, reflected the pessimism of the time. Hence, the progress in technological application of these scientific principles occurred in spite of the prevailing scientific theory.

V.I. Vernadsky’s research showed that the division between abiotic, biotic and noëtic processes had to be reconceptualized from the standpoint of the interaction and transformation among these three, seemingly independent domains. The development of these processes on the Earth indicated an increasing dominance of living processes over the abiotic, and noëtic over the other two.

LaRouche, in his science of physical economy, recognized that a higher, fourth domain, of human interaction, acting among and across generations, to increase the creative power of man over himself and nature, was a higher, active, governing principle in the universe itself. As mankind extended its conscious control over these processes on the Earth, and beyond, it increased the creative power of the individual, as well as of mankind as a whole. 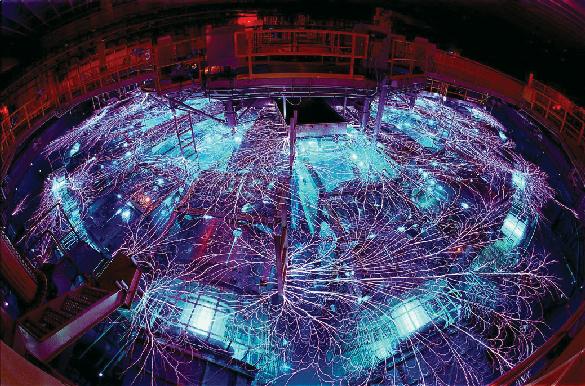 An effort to harness fully-controlled fusion, combined with an international effort to extend human economic activity from the Earth to the Moon and beyond, uniquely provides the basis to facilitate this development of mankind. As mankind cooperates in these efforts, we will gain greater power to master, and understand, our own creative powers in and over the universe. A new understanding of physics will emerge.

A fundamental breakthrough on this level, though inevitable, may not be necessary for the harnessing of a fully controlled fusion reactor, but without a crash program for the development of controlled fusion, it won’t come about at all. Thus, it is incumbent on mankind to marshal all its available intellectual and material resources to embark on this quest with the intensity and passion of great undertakings such as the 1960s project of the U.S.A. to put a man on the Moon. Yet the effort to harness controlled fusion is much bigger. Only an international effort is appropriate for the task. It must first start as a key focal point of the four-power agreement among the U.S.A., Russia, China and India, proposed by LaRouche, and then incorporate the scientific resources of all nations. The funding constraints that have characterized fusion research must be broken, and a full commitment made.

The effort is central to forging the new relations among nations, whose potential is now upon us. But, even more important, it is essential to developing a new characteristic of man. As LaRouche stated in his fourth law, it means, “The essential distinction of man from all lower forms of life, hence, in practice, is that it presents the means for the perfection of the specifically affirmative aims and needs of human individual and social life.”