This article appears in the November 23, 2018 issue of Executive Intelligence Review.

FROM THE CONCERT PROGRAM

The Name of Freedom Is Beethoven 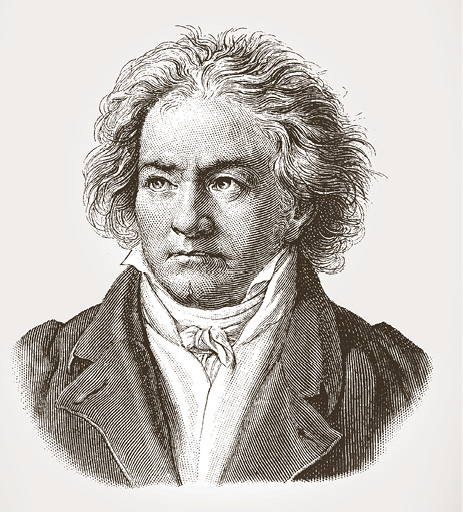 What you are, you are by accident of birth; what I am, I am by myself. There are and will be a thousand princes; there is only one Beethoven.

Speaking on her weekly webcast on November 8, Schiller Institute founder Helga Zepp-LaRouche proposed an optimistic, emerging possible course of action for contemporary world affairs, “of . . . where must mankind be 100 years from now”:

This could be a period where, if things go the right way, we will have a breakthrough in thermonuclear fusion, we will be able to use it commercially, and that way we will have energy security and raw materials security, because you can, through the fusion torch method, take all waste, separate it into isotopes, and create new raw materials. And by that time, we will already have the first step in the direction of villages on the Moon, international cooperation in space, and just humanity growing up and becoming an adult species, based on mankind’s nature as a creative species. [See EIR, Nov. 16, 2018, p. 31.]

We stand upon the threshold of not merely a new era for humanity. We are, as of the early twenty-first century, no longer earth-bound; we are “free to leave” the planet. Yet, in a larger sense, we are not merely free to leave—we are not free unless we leave. We are governed by what scientist Krafft Ehricke termed an “extra-terrestrial imperative” to do so. We now have knowledge, thanks to the successive Hubble Ultra Deep Field, Extreme Deep Field, and subsequent observations of the past decade, that beyond our own galaxy more than 200 billion-plus galaxies exist in the known universe. And in our own Milky Way galaxy, there are over 100 billion solar systems.

What mankind now chooses to do, for better or for worse, changes the universe itself.

Contrary to those that assert that mankind is a scourge upon the Earth, “just another species” whose time has come and gone, the actual mission for which the human race was created, is only now come within our physical capacity to explore. Schiller’s “An die Freude” (To Joy), famously set by Beethoven, tells us:

Take this kiss throughout the world!

Must reside a loving father.

Our joy, is to discover the meaning of human life, and the meaning of life for the universe as a whole. “To this account, every advance in physics and related knowledge, must impel us to re-examine the creative process’ role in the creative features of classical fine art, as at the same time we occupy our attention with the most profound and simplest of the crucial facts of physics qua physics,” said Lyndon LaRouche in his 1989 essay, “Beethoven as a Physical Scientist.”

Today’s program presents the audience with two of Beethoven’s works, the Mass in C Major, op. 86 composed in 1807, and the Fantasy in C Minor for Piano, Orchestra and Chorus, op. 80, the “Choral Fantasy,” composed in 1808. It was first performed in December of 1808, together with the premieres of Symphony No. 5, Symphony No. 6, the Piano Concerto No. 4 in G Major, and the “Gloria” and “Sanctus” sections of the Mass in C Major on today’s program. Beethoven, it should be noted, improvised the entire piano fantasy section on that occasion.

Both the Choral Fantasy and the Mass in C are examples of the “musical masters in dialogue” practice which had come into existence with the work of J.S. Bach. Bach, Haydn, Mozart and Beethoven, and later Schubert, Schumann, Brahms and Chopin, most notably, advanced music through a dialogue that spanned 150 years. This is especially audible in the “C Minor Series,” beginning with Bach’s A Musical Offering, after which all of the above mentioned composers wrote works commenting on Bach’s treatment of the so-called “royal theme” of that work. In the case of the Mass in C, the commission for this work came from the same Esterhazy family that had employed Beethoven’s one-time teacher and Mozart’s friend, Franz Joseph Haydn, for many years, during which Haydn was in the habit of composing a Mass per year. “May I just say that I will hand over the Mass to you with great trepidation, as Your Serene Highness is accustomed to having the inimitable masterworks of the great Haydn performed.” Beethoven intensely studied Hadyn’s work, as is evidenced in his sketch books. Beethoven premiered portions of the Mass in a concert on December 22, 1808, 210 years ago.

There are several notable, and clearly audible parallels between the choral theme of Choral Fantasy and the Beethoven Ninth Symphony, often referred to as “the Choral Symphony.” (Beethoven was the first major composer to include voices in a symphonic context.) Authorship of the words for the Choral Fantasy is disputed; poet Christopher Kuffner and Fidelio final librettist Georg Friedrich Treitschke are both cited. The sentiment of those words, however, echoes that of Schiller’s “To Joy”:

Great ideas, having penetrated our heart,

Once a mind has vaulted upward,

A spirit-chorus always echoes him in song.

So, then, you beautiful souls, receive

Gladly the gifts of beautiful Art!

Only when Love and Power are wed,

“Thinking like Beethoven” means to accept the idea that the task of human creativity is to never demean or subordinate itself to actions or behavior that is not always in the service of the elevation of mankind to its true place in the universe—the contemplation of and celebration of the universal harmony. The name of Freedom is Beethoven, is Schiller, is Joy. It is in the pursuit of that Happiness that we seek to re-create for you these thoughts of Beethoven today.