This article appears in the December 7, 2018 issue of Executive Intelligence Review.

America Is an Idea, Not a Place 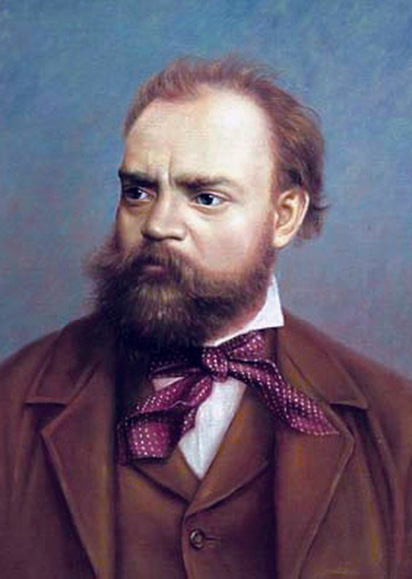 On December 18, 2018, at Carnegie Hall in New York City, The Foundation for the Revival of Classical Culture will present a concert conceived within the theme, “Antonín Dvořák—‘America is an Idea, Not a Place’.” This concert will celebrate the 125th anniversary of the premiere of original works of Dvořák, including his Symphony No. 9, From the New World, which took place on December 16, 1893 in New York. What follows is an edited version of the program notes, written by Dennis Speed, for the upcoming December 12 concert, presented here with the permission of the Foundation for the Revival of Classical Culture.

For the tones in the voice of the shadow were not the tones of any one being, but of a multitude of beings, and, varying in their cadences from syllable to syllable fell duskly upon our ears in the well-remembered and familiar accents of many thousand departed friends.

The triumphs of our land in music ... lie in the future ... If we were all made of unmixed English blood, we might have long to wait for them ... Let us hope that our guest tonight [Dvořák] ... may consent to transplantation and may help add the new world of music to the continent which Columbus found.”

What is America? Is it a set of states? A territory bounded with borders? A union of people that mutually agree to associate, and to abide by a body of law, a constitution, devised “for the greatest good of the greatest number?” Many, many nations have these things. None of them, therefore, define what America is, as distinct from any place else.

But if America, as the title of tonight’s concert states, “is an idea, not a place,” what is the idea?

We hold these truths to be self-evident, that all men are created equal, that they are endowed by their Creator with certain unalienable Rights, that among these are Life, Liberty and the pursuit of Happiness.— That to secure these rights, Governments are instituted among Men, deriving their just powers from the consent of the governed,— That whenever any Form of Government becomes destructive of these ends, it is the Right of the People to alter or to abolish it, and to institute new Government, laying its foundation on such principles and organizing its powers in such form, as to them shall seem most likely to effect their Safety and Happiness.

Why did Lincoln recite passages from the plays of Shakespeare to his war-cabinet? Why is his Gettysburg Address perhaps America’s greatest poem? Lincoln, “dirt poor,” almost entirely self-taught, was profoundly committed to capturing the music of truth and communicating it in the most direct way possible. Lincoln sought to restore the “classical culture” of America’s Declaration of Independence through his defense of the Unit-Idea of the United States. It was, for him, a musical concept.

The mystic chords of memory . . . will yet swell the chorus of the Union, when again touched, as surely they will be, by the better angels of our nature.

According to the Declaration of Independence, America is not a form of self-government—it is a method of self-government. Whenever the form (as for example seen in the racially discriminatory Supreme Court legislation of 1896-1954) becomes destructive of the ends for which the form was ostensibly created, it must be consciously rejected and abolished. That is how self-government improves, and that is how musical composition improves.

That idea of American self-government is identical, in principle, to Classical music’s motivic thorough-compositional method. That is the idea that an underlying unity of action governs the motion of the multiple movements of a symphony, sonata, or string quartet. Motivic thorough-composition was first pioneered by Johann Sebastian Bach in pieces such as his cello suites, and much further developed in pieces such as in his A Musical Offering. With Franz Joseph Haydn’s invention of the string quartet, it was made completely conscious as a compositional principle in his six string quartets, Op. 33, composed in 1781. 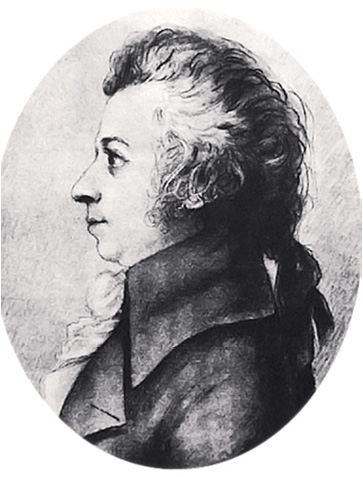 Wolfgang Amadeus Mozart, who arrived in Vienna that same year, was first introduced to the compositions of Bach through the Vienna salon of Baron von Swieten. Mozart responded—both to Bach’s Well-Tempered Clavier and A Musical Offering, and to Haydn’s Motivführung method of writing string quartets, in which all the several movements are bound together by a unit idea of the whole—by composing his Six Quartets Dedicated to Haydn over the period from December 1782 to January 1785. Haydn and Mozart, both violinists, played Mozart’s quartets together. Mozart’s discovery re-situated all of Bach’s immense contribution to music within a new compositional method, which would in turn be advanced to its highest level of perfection in Beethoven’s symphonies, particularly the Fifth and Ninth. 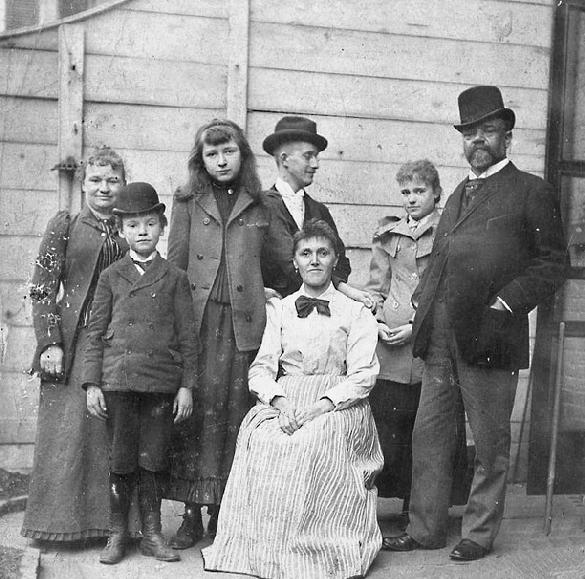 Antonín Dvořák with his family and friends, in New York in 1893. Dvořák is on the right, his wife Anna on the left. Josef Jan Kovařík, his secretary, is seen in the middle in profile.

Antonín Dvořák’s American journey involved nothing less than the application of the idea of motivic thorough-composition to improving the method of American self-government in the arts, by means of what Friedrich Schiller called “aesthetic education.” National schools of composition such as Mozart’s work in the German language with his Die Zauberflöte (The Magic Flute) and Die Entführung aus dem Serail (The Abduction from the Seraglio), Beethoven’s Fidelio, and the work of both Brahms and Dvořák with German folk songs and with Hungarian and Czech themes, were a means to the improvement of the capacity of national populations to think, freeing them from the cognitive slavery of everyday life. This same mission was now to be initiated in the United States. 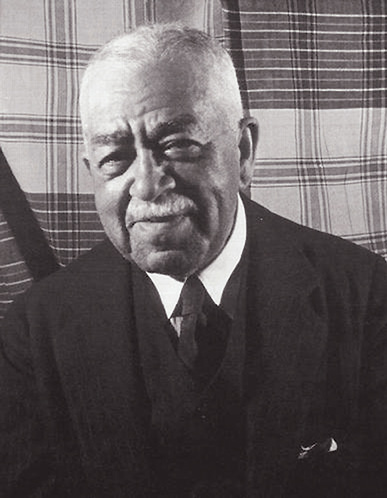 Dvořák, coming to America for the first time in 1892 to head the National Conservatory of Music, recognized that in the prosody of the Spirituals, the potential for the development of the richness of their “musical line,” by means of polyphony—not simply their literal themes—would supply the basis for the advancement of music in America. Supplied with the Classical breakthrough in composition which Dvořák called the Durchführung, identical to the Motivführung principle of Haydn through Brahms, the Spirituals would become the seed-crystal for the new school of composition. Dvořák’s student, copyist and musical collaborator, the African-American singer and composer Harry Burleigh, said:

Dvořák used to get tired during the day and I would sing to him after supper. I have been hungry and in my time, I had known how hard it was to overcome discrimination and I knew what a great man Dvořák was in music. . . . I gave him what I knew of Negro songs—no one called them Spirituals—and he wrote some of my tunes (my people’s music) into the New World Symphony which was performed for the first time by the New York Philharmonic on December 15, 1893. I never forgot that first public performance. I suppose it was the first time in the history of music that a Negro’s song had been a major theme in a great symphonic work.

That first public performance was 125 years ago.

Burleigh’s grandfather, Hamilton Waters, was released from slavery in 1832. He was punished with 70 lashes for learning how to read. Waters became a conductor on the Underground Railroad, as did Burleigh’s mother Elizabeth, a college graduate and Classical scholar who spoke French and taught Greek and Latin (and also aided runaway slaves). His grandfather and mother taught Burleigh the Spirituals. Burleigh’s singing-sessions with Dvořák were an oral history of America. The successful fight for freedom that had been concluded less than 30 years before Dvořák’s arrival was embedded in the very tones and timbre of Harry Burleigh’s voice.

Dvořák’s visit to America, and his productivity here, embodies what is great and noble in the character of this country. Tonight’s concert, recognizing the momentous importance of that day, 125 years ago, when Dvořák sat in a box in Carnegie Hall and heard Burleigh’s unique voice sing an American song, points to the secret as to how our nation, forgetful of its own spirit, might regain its capacity for self-government by simply choosing to sing those Spirituals, “as great as any theme from Beethoven,” with Antonín Dvořák once again.