This article appears in the March 15, 2019 issue of Executive Intelligence Review. 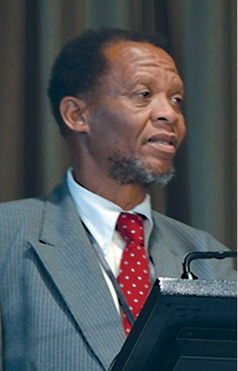 LaRouche South Africa, led by Ramasimong Tsokolibane, met to honor the memory of Lyndon LaRouche on Sunday, March 3, in Evaton township, near Vereeniging.

We had thirteen people in attendance. Moses Thulo chaired the proceedings. In his remarks, he elaborated on how the connection with the LaRouche movement began in the early 1990s. Allen Douglas came to South Africa to do research on the activities of Tiny Rowland. He met with Philemon Sekoatle and our movement was born. Sekoatle went on to meet Lyndon LaRouche in prison.

Jonas Radebe emphasized the teachings of Lyn and how he has been able to attract people to listen to him on radio, whenever he is on Theta fm, a local community radio station.

Jones Raseobi talked about the importance of Helga in the life of Lyn. Lyn got strength from Helga as a partner in fighting the British empire. She was “The wind beneath my wings” in Lyn’s life. 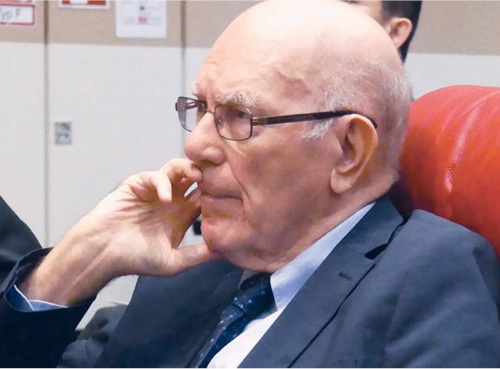 Dennis Speed of the Manhattan Project in New York, USA, via pre-recorded video, spoke to us for 40 minutes on the life and work of LaRouche. He emphasized LaRouche’s economic concepts for the liberation of people around the planet—including that people, using their skills and mental powers, are the basis of wealth, not money; and that credit can be issued on the strength of those mental powers, for projects that benefit the common good.

LaRouche, he said, also emphasized our ability to make new, creative discoveries. We have this ability because the power embedded in the universe is based on the same principles that we find in the human mind. Speed referred especially to LaRouche’s article, “The Principle of ‘Power’” (EIR, December 23, 2005). However, the slave of the British empire must first become aware of his mental freedom, in order to exercise his creativity. He made that point clear by reading a quotation from the black American leader and former slave, Frederick Douglass, a contemporary and friend of Abraham Lincoln.

Speed covered much, much more about America, Africa, and the world than can be summarized here.

The program concluded after two-and-a-half hours.