This article appears in the April 26, 2019 issue of Executive Intelligence Review.

Belt and Road Initiative:A Winning Idea of Space and Time 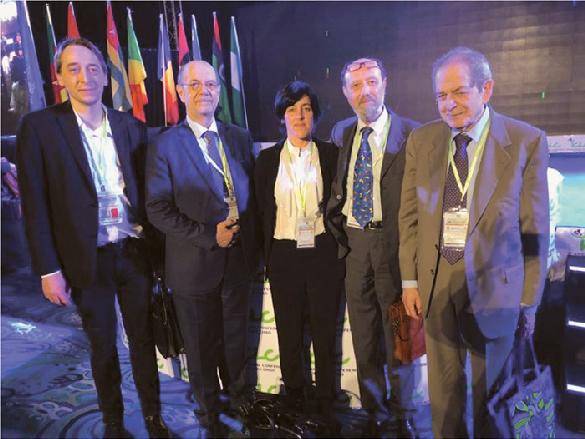 April 21—One of the best descriptions of China’s Belt and Road Initiative (BRI) was provided by a former Italian government official, Ercole Incalza, in his blog, Stanze di Ercole. Incalza knows what he is talking about. For many years he was an infrastructure director for the Italian government and is considered one of the two founding fathers of the Italian High-Speed Railway (TAV). He was also a pioneer in promoting within the European Union (EU) what became the T-TEN (Trans-European Network).

On March 22, the day Xi Jinping arrived in Italy, Incalza wrote an article describing the BRI as a project that “shifts the dimensions of space and time.”

is reinventing “the use of the world” and it is doing so by completely rethinking the consolidated culture, now characterized by “blocs” centered on the United States, the European Union, Russia, the Middle East, Africa, Latin America, and so on. . . .

The new and shocking element is the changed approach to two dimensions, those of time and space. And the first question that is raised spontaneously by those who today are witness to these evolutions is related to how can we get to the economic area of Europe and Africa, to maximize and optimize the logic of trade and, in the case of the African continent, create conditions for the birth of production, trade, and logistic processes—how to make the Mediterranean a single logistics hub.

It might sound strange, but having proposed and already implemented a series of financing and action plans, having already signed a series of Memorandums of Understanding (MOUs) with several countries that are interested in the project, China is, in effect, at a point of no return, a strategic line that certainly disrupts the privileged positions, which have for years divided the world into reinforced territorial spheres, unwilling to challenge the power and relevance of those two dimensions, again: space and time. The distance now between the Chinese and the European economic theatres is 18 days by land routes and 40 days by sea route. This represents the first big revolution accomplished by China and it has been accomplished not by drawing a vague future but by building a measurable project-proposal.

What China is going to implement in the next 15-20 years will be the biggest cycle of infrastructural investments in a century: 900 projects, a trillion in investments, $780 billion generated by trade among the countries involved, 200,000 jobs. The BRI involves 65 countries in which 62% of the world population (4.5 billion people) lives and produces 30% of the global GDP.

Incalza makes a reference to the analogy with the Marshall Plan that rebuilt Europe after the war. However, at that time, the United States had no strategic alternatives to reconstruction of the economy of its former enemies. This is different:

Not China. For the first time, China is attempting a plan that, as I said before, fully shifts the dimensions of time and space. The BRI is designed, and is working, in a widespread framework that exposes once more our provincialism—which is a losing proposition, dominated by our fears of abandoning the typical old schemes of short-term planning and short-sighted vision.

Incalza concludes in this polemical mode, addressing himself to the Trans-Atlantic critics of the Italian decision to sign the MOU with China.