Decarbonization of Germany’s Transportation Sector Will Be Astronomically Costly 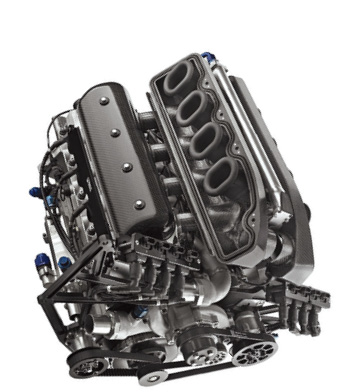 June 18—The German government has foolishly set a goal of achieving 100% decarbonization of the entire transport sector by 2050. What that will mean, and what it will cost for the transportation sector, was studied by the Research Association for Combustion Engines (FVV) and prominently presented at the International Internal Engine Conference in Baden-Baden, Germany on February 26-27. The study was carried out with the collaboration of partners from the automotive, chemical, mineral oil and supplier industries, as well an energy provider, and presents the overview that the government should have provided to the public before rushing headlong into what it calls the “great transformation.”

The study, “Defossilizing the Transportation Sector, Options and Requirements for Germany,” first observes that even under the most optimistic development perspectives in combustion engines, the goal of 100% decarbonization can only be reached if no fossil fuels whatsoever are used.

Therefore, the study considers a complete zero-carbon conversion exclusively on the basis of renewable energy sources, even though such an approach is considered unrealistic for various reasons. It compares the conversion costs in terms of fuel production, expansion of relevant infrastructure, and vehicle costs, for the three alternative options to fossil fuels:

1. Direct use of electricity from batteries

2. Generation of hydrogen via electrolysis

The third is somewhat less expensive, depending on the synthetic fuel used:

This FVV study is useful in that it puts into perspective the folly of striving for 100% decarbonization and the claims associated with it. However, if the European Union and the German government decide nonetheless to ram such prohibitive scenarios through, the drastic drop in energy consumption could not be enforced without dictatorial measures.

One need only read the proposals from the think tank Agora Verkehrswende, which acts as an advisor to the German government, to realize that what is being promoted is in fact an eco-dictatorship in the name of allegedly “saving the planet.”

Representatives of real economic and industrial interests in Germany would be well advised to expose the danger forcefully, and stop it before it’s too late.