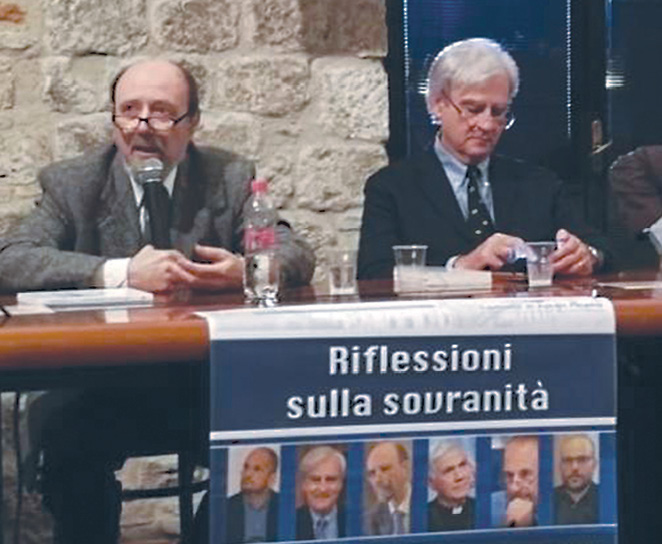 June 17—An Italian move to assert financial sovereignty is driving European Union supranational institutions and some European chancellorships berserk. It concerns a proposed means of payment, called “mini-BOT,” which is formally neither currency nor government debt, but could become a sovereign currency in case of an acute confrontation between Italy and the EU on economic policy.

On May 28, the Italian Chamber of Deputies approved a bipartisan, non-binding motion recommending the government introduce a means of payment called mini-BOT as a way to pay debt in arrears to vendors and taxpayers, amounting to up to 53 billion Euros. Although the name mini-BOT means literally “mini-Treasury bonds” (Buono Ordinario del Tesoro), the proposed mini-BOT is not a government debt note, but a bill that can be used to pay taxes. In other words, it is a swap between government debt to vendors and taxpayers’ debt to the government. Thus, mini-BOTs are not a parallel currency—not yet.

However, the inventors of the mini-BOTs hope that they can be used on a voluntary basis among third parties (who can pay their taxes with it) as well, thus increasing liquidity in the real economy. And, in an extreme case, from being a non-legal tender bill, the mini-BOT could become legal currency in case of an emergency.

Such an emergency is closer than one might think.

The Italian government has made clear that it is sticking to a non-austerity budget for 2020. In the past, such a policy course has cost Greece a surrender to a brutal fiscal therapy enforced by a caretaker committee, called the “Troika” and composed of the EU Commission, the European Central Bank (ECB), and the IMF. Greece had no choice but to surrender, because the ECB suddenly cut emergency liquidity to Greek banks in 2015. As a member of the Eurozone, the Greek central bank could not provide the required liquidity, because the power of currency emission lies exclusively with the ECB.

It is being rumored that if the ECB attempts the same blackmail against Italy, the Italian government might use the mini-BOT to replace ECB liquidity for Italian banks.

How probable is this scenario? It is too early to attempt a forecast, as many pieces in the puzzle must come together yet, and many actors in the play will change. In the first place, a new EU Commission shall be elected by the newly elected European Parliament, and negotiations for candidates from EU member countries are going on. Also, a new European Parliament chairman and a new ECB chairman must be elected. Such a choice must traditionally reflect a delicate balance among major EU member governments. So, it could be a new game in October between the EU Commission and Italy.

Austerity and Risk of Financial Crisis

We are now in a stage in which the outgoing EU Commission has announced a hard line against Italy, demanding a violation procedure against the country for having excessive debt and deficit. However, the Italians are taking it easy. The Italian government is paying formal lip service by promising collaboration. But, “We do not argue with people busy filling their boxes” [being fired—ed.], said Antonio Maria Rinaldi, an economist considered to be among the fathers of the mini-BOT idea together with House budget committee head Claudio Borghi. Rinaldi was referring to commissioners Moscovici and Dombrovskis, both on their way out. 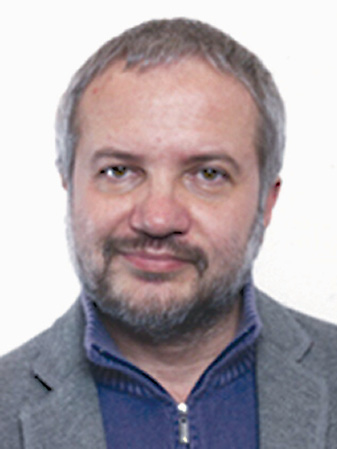 cc/Fabio Visconti
Claudio Borghi, Chairman of the Budget Committee of Italy’s Chamber of Deputies, and one of the intellectual authors of the mini-BOT.

Rinaldi, who has recently been elected to the European Parliament for the Lega—scoring the highest vote after Lega head Salvini—explained in an interview with journalist and blogger Luca Telese June 11 that, “Italy needs to start to grow again, not to go on with austerity. The amount of [government] debt is not relevant: What is relevant is its ratio to GDP. And we have to increase GDP. To do that, we need investments, and therefore expenditures.”

Italy won’t leave the Euro unless it is “forced to do it by an implosion of the system,” Rinaldi said. In that case, one must have a Plan B. The architects of the Euro system “have put a ship on the sea without lifeboats,” Rinaldi added, and “new storms could break out. . . . When the subprime bubble exploded globally, we had 4.8 trillions [euros] of junk assets. Today we have double that, 9.6 trillions. This is a real indication of the failure of EU policies.”

Rinaldi’s friend and former teacher, Paolo Savona, addressed the same financial risk in his first speech as head of the Stock Exchange Commission (Consob) June 11, a job to which he was recently appointed after a short experience as minister for EU Affairs in Italy’s Conte government: “Despite the [2008 financial—ed.] crisis, the amount of open derivative contracts on the global markets is still high, and the problem of exactly estimating their market value has not been solved, casting a shadow on balance sheet figures.” Government debt is not a problem, Savona stressed, if the economy grows; he pointed to the example of Japan, with ratio of debt to GDP above 200%. Savona called for an investment shock of at least 20 billion Euros in order to restart the Italian economy from a decades-long depression.

That depression has been caused by the fact that Italy has been forced to abide by EU rules for “indebted” countries, constantly reducing its expenditures while other EU members increased theirs. Such “pro-cyclical” rules must be changed, insisted Senate Finance and Treasury Committee head Alberto Bagnai, who is rumored to become Savona’s successor as Minister for EU Relations.

In an article published in the Financial Times June 6, Bagnai called for “a radical change of course” in EU economic policy, and in particular, to abolish the disastrous rules of the Stability and Growth Pact (SGP). Growth and employment, and not price stability, should be the target of economic policy, argues Bagnai, who called for a “European New Deal.”

The positions are apparently irreconcilable. If it comes to a confrontation between Italy refusing budget cuts and the EU institutions insisting on their austerity recipes, the confrontation could escalate to a point where the ECB threatens a replay of the Greek blackmail. At that point, Italy might pull out their asset. You can call it mini-BOT, or you can call it Lira—it will be a parallel currency, and a sovereign one. At that point, a totally new scenario will unfold.