Apollo 11 Anniversary Celebrated in Action by India, China and Russia with the USA 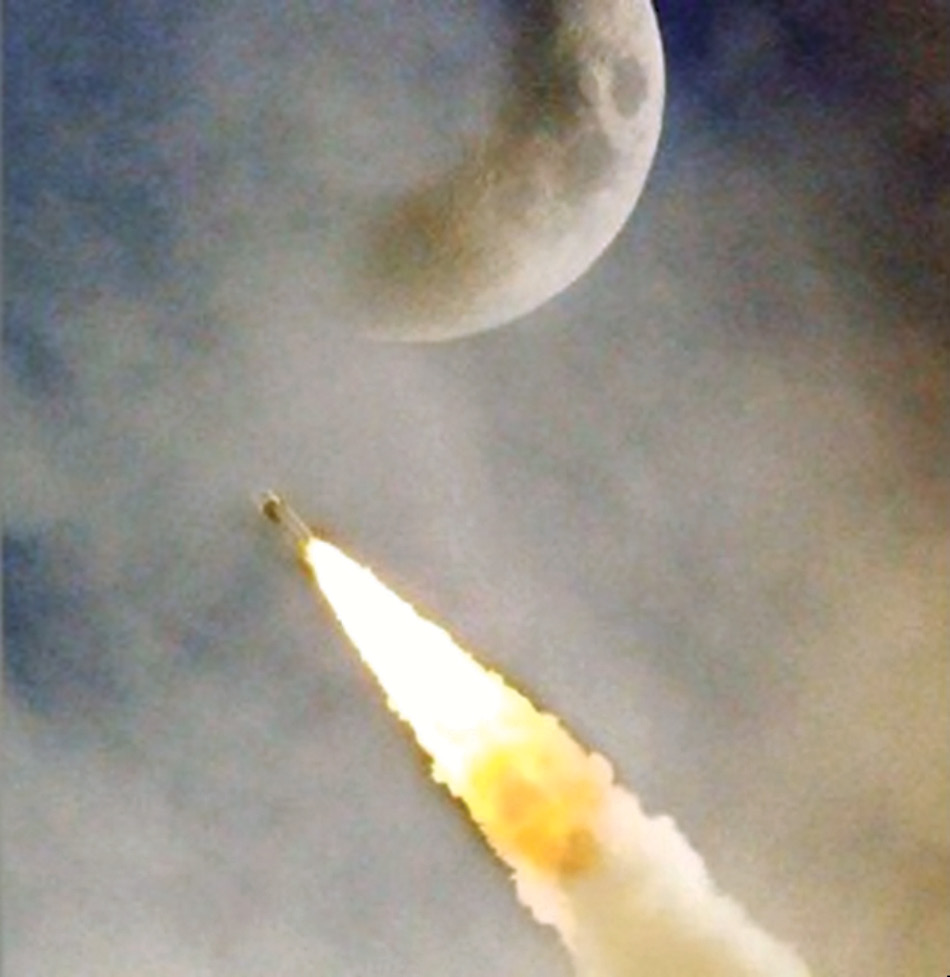 ISRO
Artist’s conception of the launch of India’s Chandrayaan-2 to the Moon.

July 15—The Schiller Institute, founded by Helga Zepp-LaRouche, is holding major conferences in New York and Munich, Germany to celebrate the 50th anniversary of mankind’s first steps on the Moon, and to provide a powerful impetus to that science-driver spirit into the next 50 years and beyond. The New York conference can be followed live on Saturday, July 20 from 1 to 5 p.m., and the Munich conference, which took place on July 13, is reported in this issue of EIR.

China, India, and Russia are effectively adding to that chorus—China and India directly, in and around the Moon, and Russia in the direction of nuclear fusion power, which is essential for any manned travel to Mars and for mankind’s development and happiness. All four powers are planning missions to Mars in 2021.

On July 9, Russian President Vladimir Putin became the first head of state, to challenge the world community to embrace the absolutely required development of fusion energy. Fusion energy is the power source for what he called, “better living conditions and opportunities for unleashing human potential” into the future for all of humanity. Fusion energy is key to that hopeful future, which he said will only be achieved through international cooperation.

He presented those words in his opening speech at the Global Manufacturing and Industrialization Summit (GMIS) in Yekaterinburg, Russia to 2,500 government officials, business leaders, scientists and NGO representatives gathered for a three-day summit, organized by the U.A.E. Ministry of Energy and Industry, the United Nations Industrial Development Organization, Russia’s Ministry of Industry and Trade, and the Roscongress Foundation.

President Putin, speaking for the second greatest nuclear power on the planet, added:

I believe that in order to secure cleaner air, water and food, which also means a better quality of life and longevity for billions of people on our planet, we must offer up radically new technologies . . . nature-like technologies that reproduce natural processes and systems according to the laws of nature. It may seem strange at first, but fusion energy, which in fact is similar to how heat and light are produced in our star, in the Sun, is an example of such nature-like technologies.

Potentially we can harness a colossal, inexhaustible and safe source of energy. However, we will only succeed in fusion energy and in solving other fundamental tasks if we establish broad international cooperation and interaction between government and business, and join the efforts of researchers representing different scientific schools and areas. If technological development becomes truly global, it will not be split up or reined in by attempts to monopolize progress, limit access to education and put up new obstacles to the free exchange of knowledge and ideas. . . .

ASIPP
Technicians in Hefei, China, nearing completion of the poloidal field coils for insertion into the International Thermonuclear Experimental Reactor (ITER) in France.

The International Thermonuclear Experimental Reactor (ITER) serves as a prime example of open scientific, technological cooperation. Scientists are now planning to use it to launch the process of controlled thermonuclear fusion. Our country is actively participating in this project, and is now prepared to suggest that they use Russia’s scientific infrastructure for joint research, joint scientific investigation, for the international scientific teams that are working in the sphere of nature-like and other breakthrough technologies, including unique mega-science installations. Scientists will be able to literally see nature’s creation processes.

The Russian president had harsh words for those who reject profound scientific creativity and innovation. He attacked the “total rejection of nuclear or hydrocarbon energy” to promote the kind of “showy, but not effective solutions” that create problems, saying,

It comes down to appeals to give up progress, which will make it possible at best to perpetuate the situation and create local well being for a select few. At the same time, millions of people will have to settle for what they have today or, it would be more appropriate to say, what they don’t have today: access to clean water, food, education and other basics of civilization.

These “road to nowhere” approaches “only lead to new conflicts,” such as the migration crisis in Europe, and the U.S. as well, for that matter, he said, adding that people can retreat to living in caves if they want,

but it is impossible and pointless to try and stop human progress. The question is, which base can this progress realistically be built upon to achieve the millennium development goals set by the United Nations?

India’s second robotic mission to the Moon, Chandrayaan-2, this time to the Moon’s South Pole, was scheduled for today, July 15. That mission was postponed one hour before liftoff for technical reasons. But there is every reason for optimism, given India’s success with the Chandrayaan-1, which orbited the Moon in 2008.

For Chandrayaan-2, Indian scientists have chosen a South Pole landing site, between two craters called Manzinus C and Simpelius N. This will be the first in situ exploration of a lunar pole by any country. The mission will expand mankind’s knowledge of the water ice at the South Pole discovered by the first Indian lunar mission. Chandrayaan-2, consisting of an obiter, a lander, and a rover, will go into Earth orbit, and then to the Moon. After 27 days in lunar orbit, the Vikram lander will be sent to the Moon’s surface. Four hours later, Pragyan (“wisdom” in Sanskrit), the rover, will leave the lander to begin its work.

The Chandrayaan-2 mission’s studies of lunar topography, mineralogy, elemental abundance, the lunar exosphere, and signatures of hydroxyl and water ice will contribute to scientific progress for all of humankind.

China’s Chang’e-4 Yutu-2 (Jade Rabbit-2) rover is on the far side of the Moon—that face of the Moon previously never explored, but only seen from a lunar orbiter—and recently sent back to Earth a new series of stunning photographs.

China has announced it has finished construction of its first Mars rover, scheduled for launch in July or August this year. RT reported, “Its mission is to hunt for signs of life, and also explore if Mars can be terraformed to make it habitable for humans.” If all goes well, it could be sending data to Earth as soon as 2021.