This article appears in the August 16, 2019 issue of Executive Intelligence Review.

Bolivia Sets Its Sights on Fusion Energy and Eliminating Poverty!

by Dennis Small and Cynthia Rush 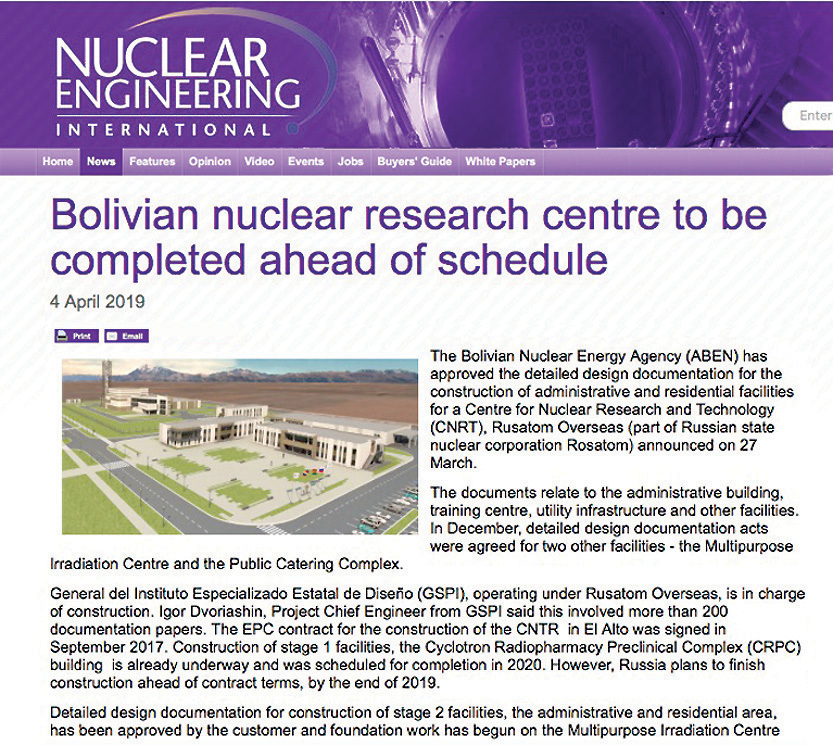 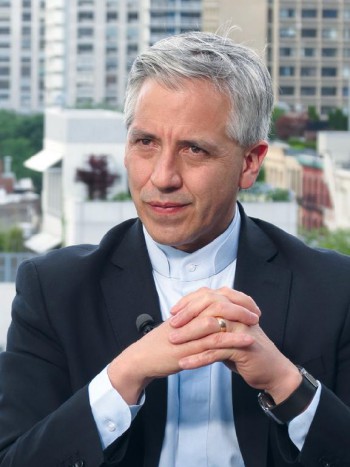 Aug. 5—Speaking on July 13 in the Bolivian city of El Alto, Vice President Alvaro García Linera proclaimed that the Nuclear Technology Research and Development Center being built in that city by Russia’s atomic energy agency, Rosatom, “represents the future of the country. . . . We may be poor, but we’re very intelligent.” With the new center, whose completion is scheduled for 2021, García Linera emphasized that “we are forging Bolivia’s development for the 21st, the 22nd and 23rd centuries. Never again will we be last; we’re going to be first!”

The Vice President went on to outline the many benefits the new center will offer in areas of healthcare, industry, science and technology, in addition to training professionals for research into various aspects of nuclear energy. As reported by the Bolivian Information Agency (ABI) July 13, García Linera also emphasized the importance of research into fusion energy:

There will also be a group of scientists who will study the atom, its composition; we’ve already asked Russia and France. We want to be co-participants in the study of electric energy from nuclear fusion, so that 20 or 30 years from now, we’ll be rubbing shoulders with the Russians, the Argentines, the French. . . . This is the peaceful use of nuclear energy for agriculture, for the body, for energy. 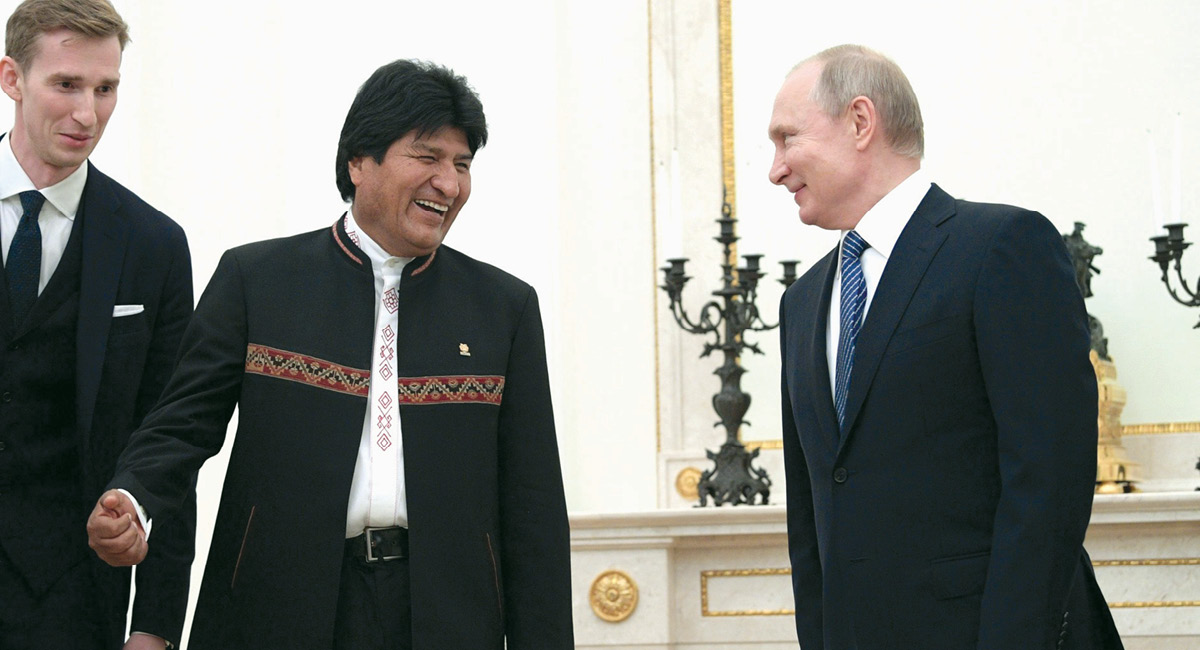 kremlin.ru
Evo Morales, President of Bolivia, being welcomed to the Kremlin in Moscow by Vladimir Putin, President of Russia, on July 2, 2019.

This strikingly optimistic and future-defined orientation has characterized the government of President Evo Morales, who has been in office since January 2006, and under his leadership Bolivia is being transformed from South America’s historically poorest country to one of the region’s fastest growing, working closely with China’s Belt and Road Initiative and with Russia on numerous high-technology and infrastructure projects.

Morales in fact met with Russian President Vladimir Putin in Moscow on July 11, during which Putin pointed to the “unique” quality of the nuclear center being built, as it is located at 4,150 meters above sea level (13,615 feet), exclaiming:

The center will dedicate its efforts to research in the peaceful use of nuclear energy; its applications will cover various sectors of industry, geology, medicine and agriculture. There hasn’t yet been a similar experience in world practice.

Morales has invited Putin to attend the center’s official inauguration in 2021, although a section of the center is expected to open in October of this year.

Evgeny Pakermanov, president of Rusatom Overseas (a Rosatom subsidiary), elaborated in July 3 remarks to Sputnik that the new Bolivian nuclear center can potentially transform that country into a regional center of scientific excellence. For Bolivia, Pakermanov said, the new center will open the “door for reaching another level of scientific capabilities and the possibility of carrying out scientific activities at a regional level.” The center will have a 200 kW research reactor, and several laboratories for research in a variety of fields “with regional implications,” Pakermanov told Sputnik. It will also have a food irradiation capability, which will “make possible the development of exports and increase agricultural yields,” Pakermanov explained, noting that it will also make possible an expertise in nuclear medicine for treatment of cancer.

Pakermanov added that Rosatom has built more than 120 such centers, twenty of them abroad. Zambia has recently signed a contract for one, and talks are taking place with Serbia, Rwanda, Vietnam and other countries, according to the Rosatom executive. 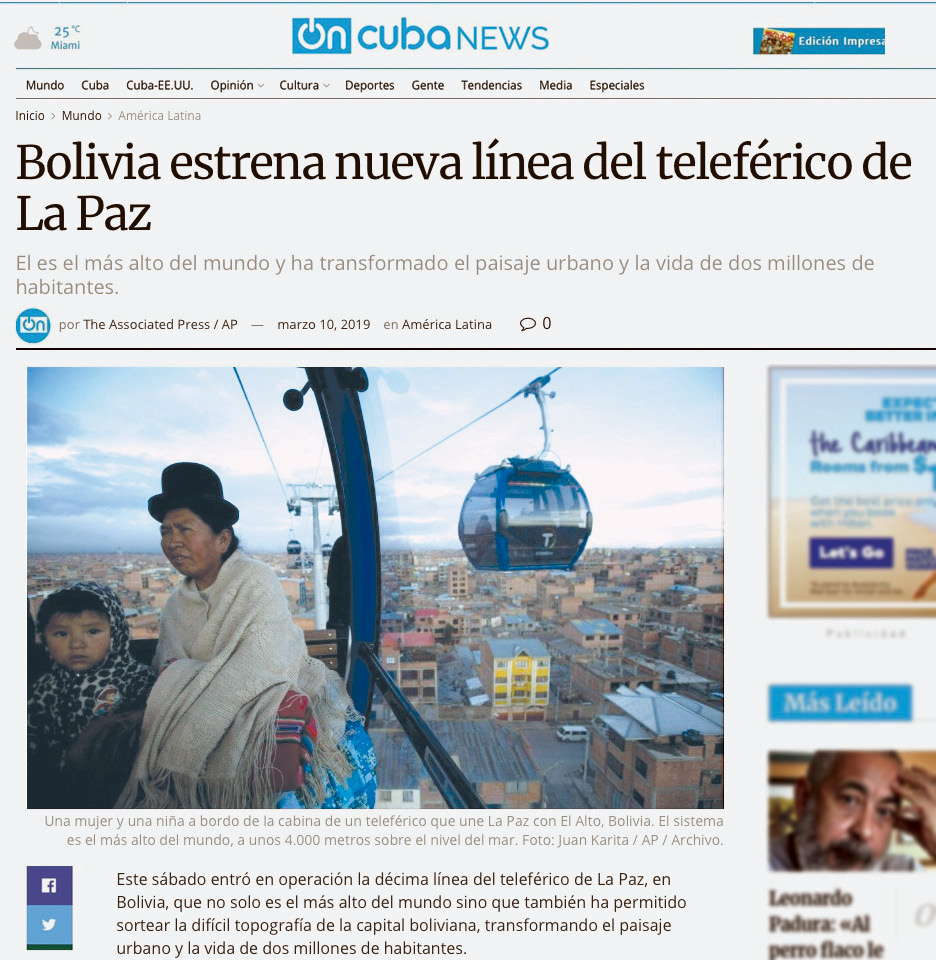 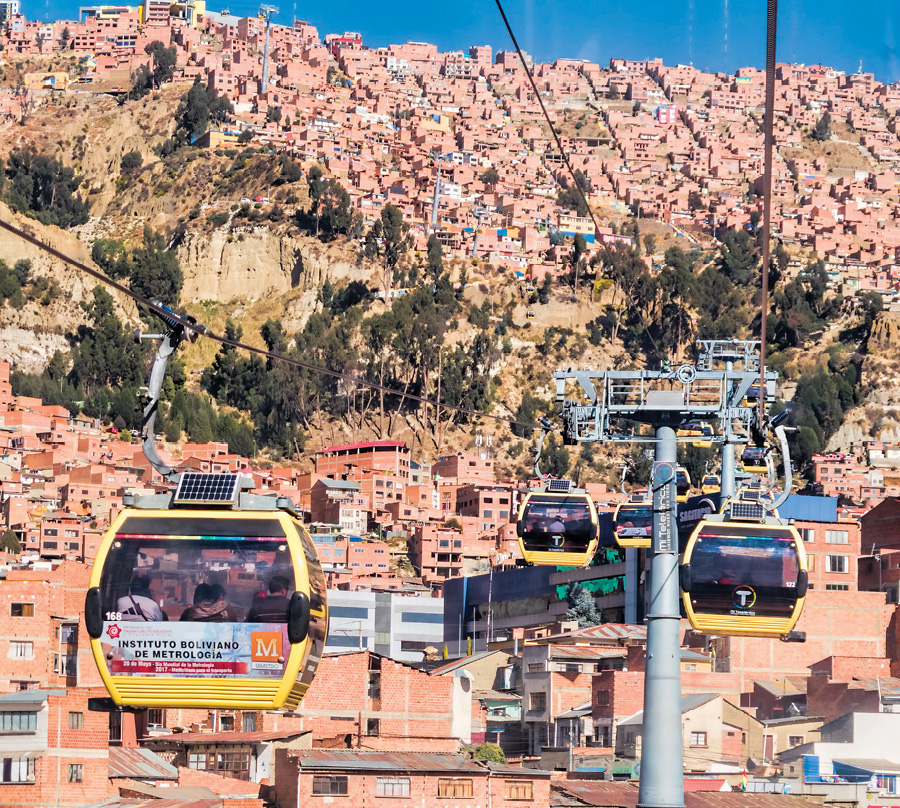 Bolivia is raising eyebrows in South America and around the world, because it is determined to leapfrog from being South America’s most impoverished nation for decades, into an advanced technology future. Nothing sums this outlook up better than a short 60-second video released by the Bolivian government on the day that Morales met with Putin, which concluded proudly: “A people with a thousand years of history, with advanced technology is invincible,” in a proud reference to Bolivia’s ancient civilization. The video announced that,

we nationalized, we industrialized, we’ve grown as never before in history, and now is the moment for a great technological leap with the nuclear research center.

It quotes a Bolivian doctor specializing in nuclear medicine, who said, “We need state-of-the-art technology to save lives.” Then a young Bolivian enthusiastically states that the country’s new center is “a great opportunity for young people, for professionals, but above all, it’s a great opportunity for Bolivia.” A coffee exporter notes that if the export of food is important to obtain foreign exchange to develop the country, “with nuclear technology, we’ll do it better and more safely.” 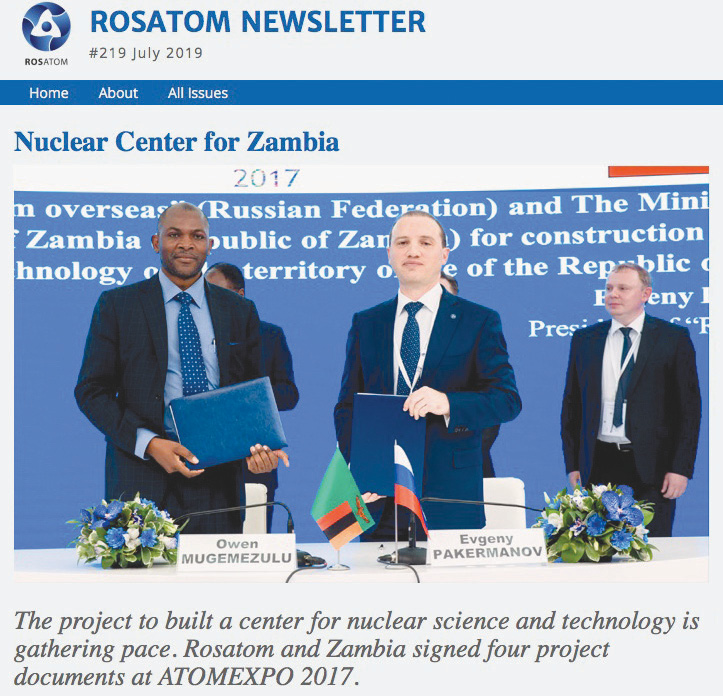 As the video noted, Bolivia’s current upward trajectory began four months after Evo Morales assumed the Presidency, with the May 2006 re-nationalization of Bolivia’s vital oil and natural gas enterprises and reserves, which had been sold off to international interests for a song during the wave of London-led privatizations that swept Ibero-America and other regions during the 1990s. National ownership, control and use of these vital resources for industrialization—and not for looting by foreign financial interests—was the first sine qua non of escaping poverty and backwardness.

Lyndon LaRouche recognized this from the moment the re-nationalization was announced, and fully supported the measure. He stated at that time:

Privatization has been cancelled. The castration of Bolivia has been ended, and this has some very significant implications for the entire continent. No one should have been surprised at what Evo Morales did with the de-privatization. He said from the start of his [presidential] campaign that he would do this. We are seeing a policy phase-shift.

Over the following 13 years of Morales’s governments, that phase-shift has expressed itself in Bolivia in major progress in reducing poverty and moving along the path towards industrialization and, more recently, major scientific and technological progress.

“If China can do it, why not we?” is a question increasingly heard among the leaders of developing nations on all continents. They are studying and talking about China’s sobering achievement of lifting nearly 800 million human beings—over a tenth of the human race!—out of poverty in some 40 years.

In the case of Bolivia, China is both a model and a partner in Bolivia’s battle to defeat poverty. A key case-in-point is what can be called the “Mutún Model.” This refers to the agreements that were reached in 2017 between China and Bolivia to develop Bolivia’s enormous iron ore (and manganese) deposits at Mutún, in the southeast corner of the country. Emphatically included in the accords is downstream processing of the iron ore, including establishing the country’s first steel-producing plant. Bolivia’s dream has always been to use its significant natural resources to leverage its own advanced industrial development, but for decades, controlling international financial interests have refused to permit that. Now, with China’s participation, it will occur. 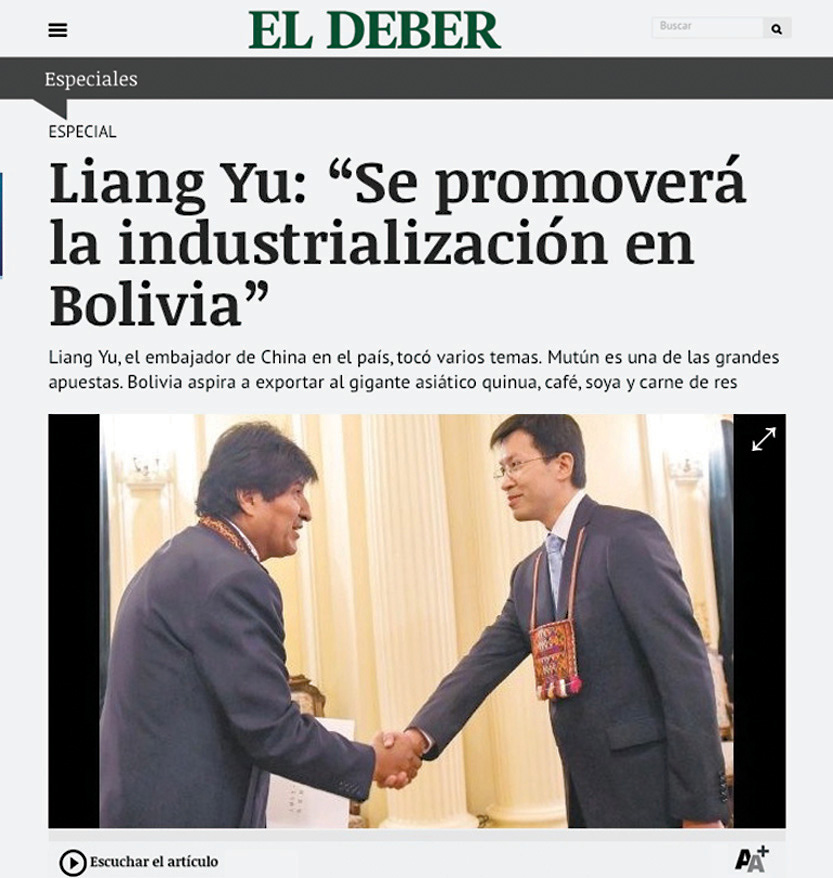 China’s Ambassador to Bolivia, Liang Yu, was emphatic in an October 2, 2017 interview with the Bolivian daily El Deber, that China intends to “energetically” help Bolivia, in any way Bolivia wishes, to develop into a prosperous, industrial nation at the center of a prosperous and developing South America:

Expanding cooperation in such areas as productive capacity, mining and energy, infrastructure, the development of highways, airports, railroads and hydroelectric plants, and collaboration and exchanges in such areas as aerospace, telecommunications, science and technology, and protection of the environment, will drive the development of Bolivian industrialization; the value-added of Bolivian products will increase, and its capacity for autonomous development will advance.

Ambassador Liang cited in particular, the contract signed for China’s Sinosteel Equipment and Engineering Co. to build a steel complex near Mutún. Sinosteel’s contract is to build an iron ore concentration plant, a pelletizing plant, a direct reduction plant, and a steelworks with a continuous caster and a rolling mill, such that Bolivia can become largely self-sufficient in sponge iron, structural steel and “long products” (bars, rods, beams and rails).

Ambassador Liang rightly called the Mutún steel complex “a gigantic step for the industrialization of Bolivia.” Eventually, Bolivia will become a steel exporter, after the second phase of the project is completed, including construction of the necessary logistical capabilities for export (roads, bridges, railways, and port infrastructure).

President Morales, speaking to Sputnik on July 4, one week prior to his state visit to Russia, stated: 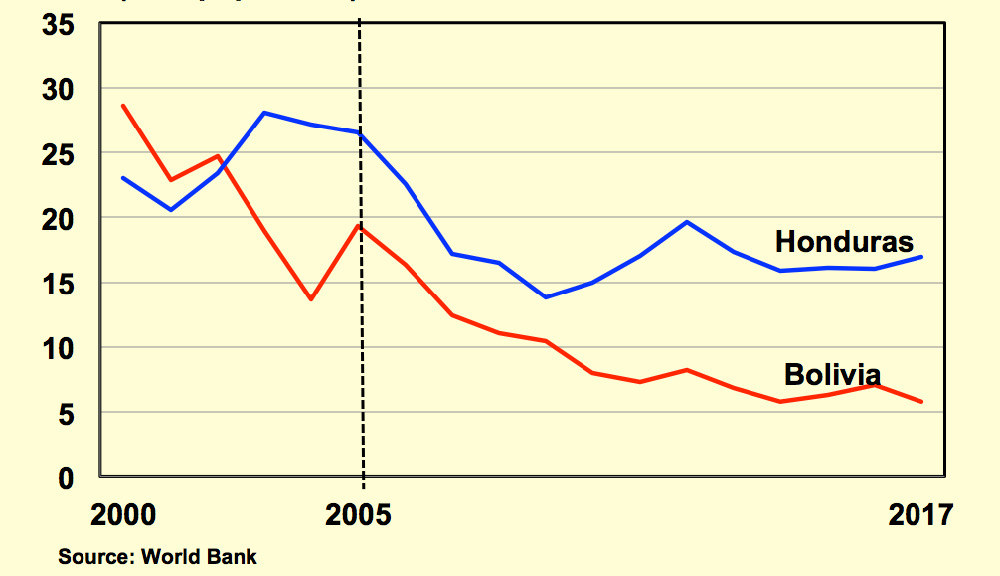 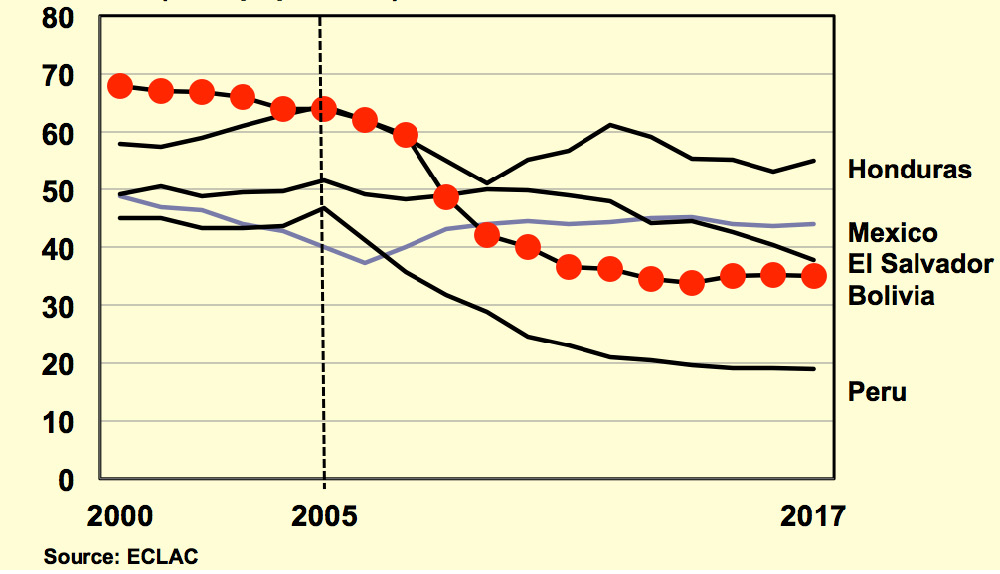 By a different measure of poverty—the World Bank standard of an average income of less than $1.90 per person, per day, being considered “extreme poverty”—Bolivia’s extreme poverty rate fell from about 25% in 1999, to 6% in 2017. During that same period Honduras started out with about the same poverty rate, 26%, which then dropped to 16%, nearly triple that of Bolivia (see Figure 1, covering the years 2000 to 2017). Still another measure of poverty, provided by the UN Economic Commission on Latin America and the Caribbean (ECLAC), shows a reduction in poverty in Bolivia that far outpaced Honduras, Mexico, El Salvador and other nations, and is only matched by Peru (see Figure 2).

Morales elaborated on the mission of his Presidency: “My challenge, fundamentally, since I come from the poorest families, is to keep reducing poverty. I would not like for there to be children like in the 1960s and 1970s. That’s my great hope.”

Asked what makes him most proud, Morales said:

First, having left the past behind. Having buried the colonial state. . . . Having stopped being that beggar State, a pauper people. Now we have a dignified and sovereign people. . . . Above all I’m proud of our economic growth. Of my 13 years in office, in six we have been first in economic growth in South America, according to data from international organizations. Never before had Bolivia been first in anything. If it was first in South America, it was only in poverty and in matters of corruption.

Happiness for me is to live well. And my enormous satisfaction is having converted more than two million Bolivians into middle class people. That is the result of my administration. That encourages us a lot to continue with social programs for the good of humanity. . . . Bolivia, in some 15 to 20 years, is going to be an economic power. I would like our country . . . to share the little we have for the good of humanity.

How was this achieved?

Vice President Alvaro García Linera was asked exactly that question by a reporter for CNN Mexico during a late July visit to that country. He answered:

It has been done by fusing financial capital with productive capital, by requiring the private banking sector to channel 60% of its money to productive investment and construction. Likewise, it was decided that 50% of the private bank sector’s earnings would go to the State. Since this money is returned to society and that invigorates the economy, that then returns to the banks. . . . What the banks lost with one hand, at the end they recover with the other. 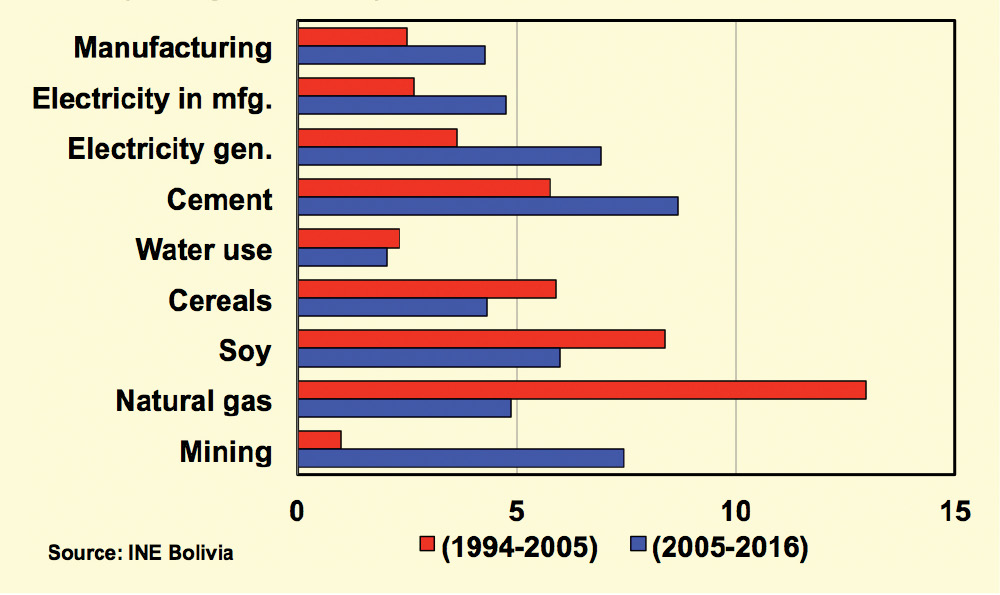 Such physical indices give a much more scientific reading of the country’s real economy than the standard GDP figures, which show an even more dramatic shift, growing at an average annual rate of 5.3% from 1994 to 2005, and by 12.2% from 2005 to 2016.

During a June 24 ceremony honoring ten recipients of scholarships who are leaving to study nuclear technology in Russia, President Morales and Vice President García Linera offered an optimistic view of the future awaiting the country through the development of nuclear technology and related fields.

With the mastery that these young people acquire in Russia—another group is studying nuclear medicine in Argentina—Bolivians, Morales tweeted, “are advancing together toward our liberation and technological sovereignty.” García Linera added that these young scientists—a “scientific elite” in training—will be responsible for “the control and direction of the totality of industries and centers of advanced research that Bolivia is building to guarantee Bolivia’s economic future for the next thirty years,” the Bolivian Information Agency reported.

García Linera also said that he foresees a future in which Bolivia would sign agreements with Russia, the U.S., France and others who are “advancing in the production of ecological energy through nuclear fusion.”