Liliana Gorini, Chairwoman of MoviSol, LaRouche’s movement in Italy, issued the following statement on September 4, titled “A Government Imposed by the EU to Prevent Elections and Impose a Harsh Austerity Budget on Italy.” 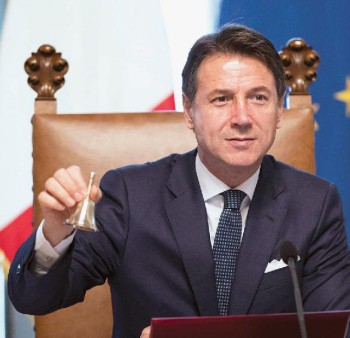 The European Union (EU) has succeeded, under Italy’s Prime Minister Giuseppe Conte, in imposing a new government on Italy, supported by the Democratic Party (PD), the Five Star Party (M5S) and the left party Liberi e Uguali, in order to prevent elections and ensure a “blood and tears” austerity regime, which Italian voters had clearly voted against in the European elections in May. For the fourth time in six years, the Democratic Party has entered the government without being elected! Many wonder how this crisis erupted, and how Lega Party head, and former Vice Premier Matteo Salvini made it possible. 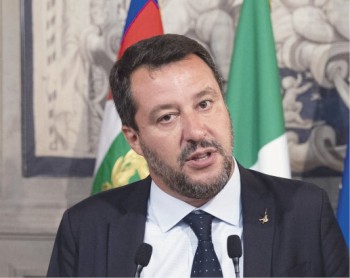 In reality, the government crisis was decided in May, before Matteo Salvini formally initiated it on August 8 with the Five Star Party and the Democratic Party vote in the European Parliament in favor of the new European Commission President-elect Ursula von der Leyen, which created an alternative majority in that body, and was consolidated when von der Leyen and Conte met in Rome on Aug. 2. Not accidentally, this coalition against nature was labeled in Italy the “Ursula majority,” and the government program agreed to between the PD and M5S—in particular the so-called “Green New Deal”—is a copy of the program announced by von der Leyen right after her election. Speculators and billionaires such as George Soros are pushing this program in a futile attempt to save the collapsing financial system by creating yet another speculative bubble—after the derivatives one—of the so-called “climate bonds.”

The 26 points of the new “red-yellow” (PD-M5S) coalition are a reflection of this speculative bubble on behalf of “climate.” It’s no coincidence that Point 9 of the 10 points which former M5S Deputy Prime Minister Luigi Di Maio had said were “indispensable” after his meeting with President of the Republic Sergio Mattarella at the Quirinale Palace on August 28, referring to banking separation (Glass-Steagall), has mysteriously disappeared from the program agreed upon with the PD only seven days later, to be replaced with vague statements of “safeguarding savings.”

The PD has always been the party of banks and speculators, and up until a few weeks ago that’s how the Five Star Party referred to it. Ever since former PD Prime Minister Matteo Renzi and Germany’s Prime Minister Angela Merkel met in Florence in January 2015, Renzi and his men on the Finance Committee have systematically sabotaged all the many motions for Glass-Steagall which have been introduced in the Italian Parliament.

Let’s not forget that banking separation, together with national banking, were both in the coalition government contract between the Lega Party and the Five Star Party—which government the EU has now destroyed—and that under that Lega-M5S coalition government, Italy was the first G7 country to join the Belt and Road Initiative last March 23 by signing a Memorandum of Understanding with China, a decision that drove the European Union to distraction, as the EU has always opposed cooperation with China on infrastructure projects in Europe and Africa.

These three points—banking separation, national banking, and the New Silk Road—have been advocated with determination by the LaRouche movement and MoviSol over the last ten years, as Schiller Institute President Helga Zepp-LaRouche emphasized at the “Italy on the New Silk Road” conference co-sponsored by MoviSol and the Lombardy Region in Milan last March 13, two weeks before the signing of the MOU between Italy and China. That conference was also addressed by Michele Geraci, Undersecretary of State in the Ministry of Economic Development and the main architect of the policy of cooperation between Italy and China.

The fact that the new Conte government was created in order to take orders from Brussels, is also demonstrated by the new list of ministers. 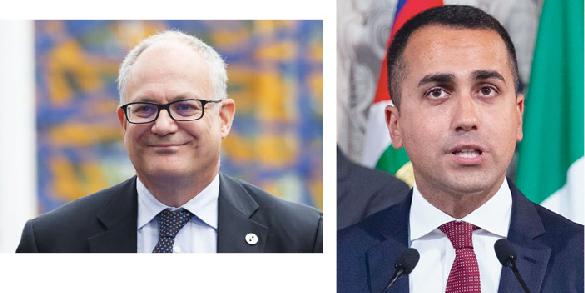 Roberto Gualtieri (PD) is now Economics Minister. Christine Lagarde, the new European Central Bank President has openly praised Gaultieri as “an excellent choice,” and he has always been very much appreciated by the EU bureaucracy. As Lega Party Member of the European Parliament (MEP) Marco Zanni stated on September 4 that Gualtieri is among the authors of the fiscal compact and bail-in, which implies compulsory seizure of funds from bank accounts in order to save speculators.

Luigi Di Maio (M5S), now Foreign Minister, will have to learn the correct name of Chinese President Xi Jinping (whom he called “Ping” during a visit to China), since China will continue to play a key role in the world economy, no matter what Brussels thinks.

The only good news is that Danilo Toninelli (M5S), who had opposed the Turin-Lyon high-speed rail tunnel and all major infrastructure projects, will no longer be Infrastructure Minister.

Too Bad to Last

A government born only out of the desire to prevent elections, in full knowledge that the PD and M5S would lose badly were elections ever to take place, will not last very long, particularly because of the contradictions between the two main parties making up that coalition. The Lega has already announced it will be a tough opposition. It still controls two main committees—the Budget Committee in the Chamber of Deputies and the Finance Committee in the Senate—so it can block government action or at least make things difficult for the PD-M5S coalition.

One last consideration regarding the exuberance of the “markets” after the announcement of the deal between the PD and the M5S: If governments are made for the EU and “the markets,” instead of by and for the citizenry of a country, what’s the point of having ministers, upon assuming office, swear “to be faithful to the Republic and to loyally observe its Constitution” at the Quirinale Palace? It would be more honest to form such governments directly in Brussels and have the ministers swear on an over-the-counter derivative contract or a climate bond.