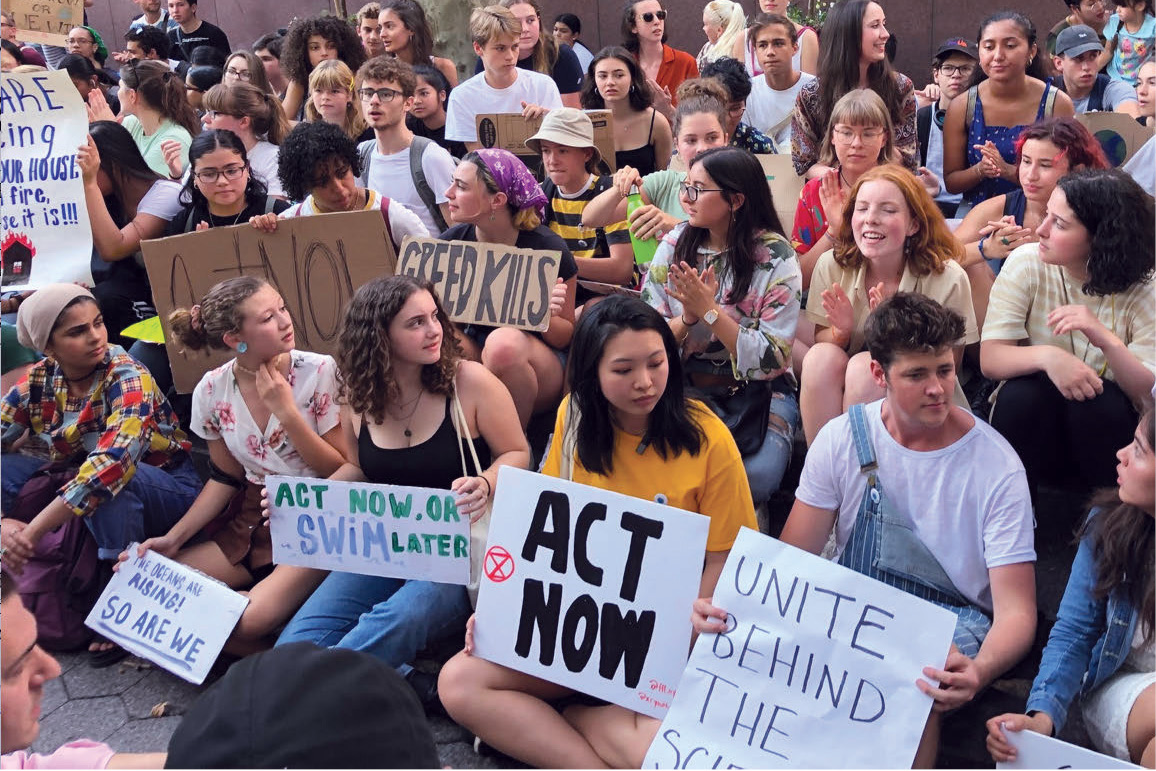 Sept. 22—EIR has released a Special Report titled, “‘CO2 Reduction’ Is a Mass Murder Policy: Designed by Wall Street and the City of London.” The dossier, which includes Helga Zepp-LaRouche’s “International Call to Youth: The Age of Reason Is in the Stars!” is intended for mass publication and circulation to provide full exposure of the “green finance” mobilization of a virtual new Children’s Crusade in the service of drastic reduction of human population.

This report is being circulated by Executive Intelligence Review on the occasion of the 74th session of the UN General Assembly, which will be preceded by a Climate Summit convened by the Secretary General. This summit is supposedly being held to “address the climate emergency” and claims that this will “require an unprecedented effort from all sectors of society.”

This unprecedented effort, in order to reduce emissions of CO2, would be not only costly, but deadly as well. The denial of efficient, affordable energy to a world in need would necessarily lead to the loss of millions of lives and the impoverishment of many millions more.

Read this report to learn the dark story of the modern environmentalist movement. Come to understand why the world’s greatest financial powers are eagerly supporting climate hysteria. Encounter data refuting the supposed certainty of a world cataclysm facing us in a dozen years, and gain a fuller appreciation of the complexity of the Earth’s climate, in the context of the mechanisms of the solar system and beyond.

Most crucially, grasp the immense potential of the present moment.

We stand at the dawn of a new paradigm of relations among nations and peoples, in which win-win cooperation can replace—forever—the conflict that has characterized the succession of empires plaguing mankind, with the British Empire as its current incarnation.

By ending the imperial idea that growth and development should be prevented to maintain a static hierarchy of power (and a beastly image of mankind!), we can unleash the economic, scientific, and cultural growth that should characterize us as members of the most beautiful species on the planet—as human beings.

This unique potential is expressed in the opening article of this report, a press release written by Schiller Institute Founder Helga Zepp-LaRouche for use during international days of action held by the LaRouche movement and its friends everywhere—in Latin America, in Europe, in Africa, in Asia, and in the United States.

The youth of the world must be rallied to see that climate-change madness is completely contrary to the true identity of man as a spacefaring species, which can, with space technology, solve any problem and overcome any limits.