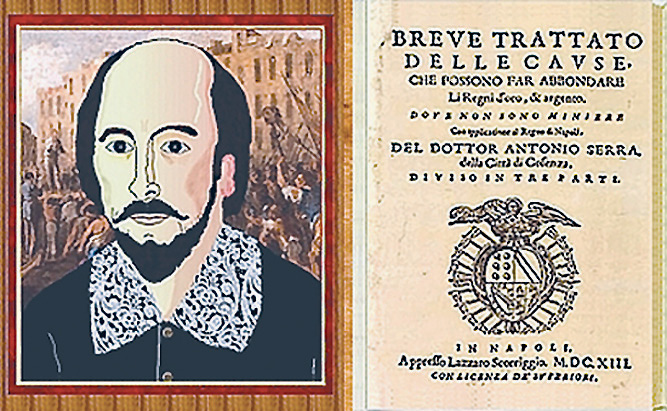 Italian economist and Schiller Institute adviser Antonino (“Nino”) Galloni spoke at the 2019 Euro-Asia Economic Forum in Xi’an, China on Sept. 12. His presentation, on Italy’s interest in cooperating with the Belt and Road Initiative, follows.

1. Africa in general, and countries with a high rate of demographic growth but low GDP growth, will be able to achieve a higher domestic economic growth [by] improving their domestic industries, substituting imports, upgrading infrastructure, and building efficient connections with Europe and the rest of the world. Those countries should export less raw materials and semi-finished products by creating productive capacity to fulfill their domestic demand and decrease exports produced by low-wage labor.

The first economist who spoke of this was the Italian Antonio Serra, a friend of the famous philosopher Tommaso Campanella at the end of the 16th century. Serra demonstrated to the Spanish Viceroy, that State wealth was not achieved by collecting gold or silver through taxes or selling raw materials, but by improving the industriousness of citizens, mainly by education. For his theory he was imprisoned without trial and died in jail. Less than two centuries after, the Bourbons picked up his theories and the Kingdom of the Two Sicilies [the unified kingdoms of Naples and Sicily] became the richest and most powerful nation in the Mediterranean: Exports of raw materials were banned and domestic industries improved.

African and other countries requiring more development, have to abandon every form of colonialism and must improve their internal industries, substitute domestic manufactures for imports, and upgrade infrastructure to build efficient connections with Europe and the rest of the World. Sub-Saharan areas need more water, a goal that can be achieved with adequate technologies and initiatives like the Transaqua project.[fn_1] 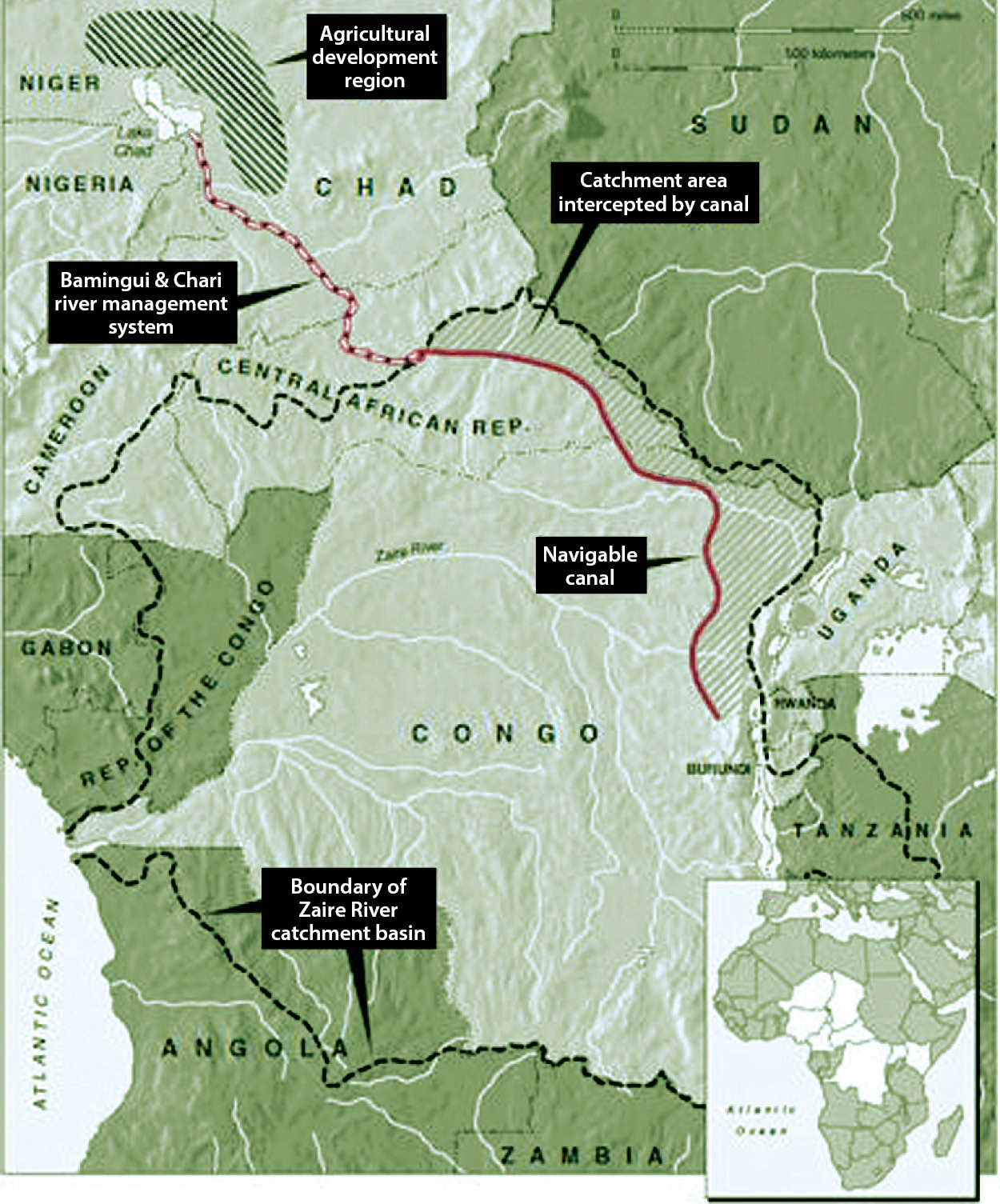 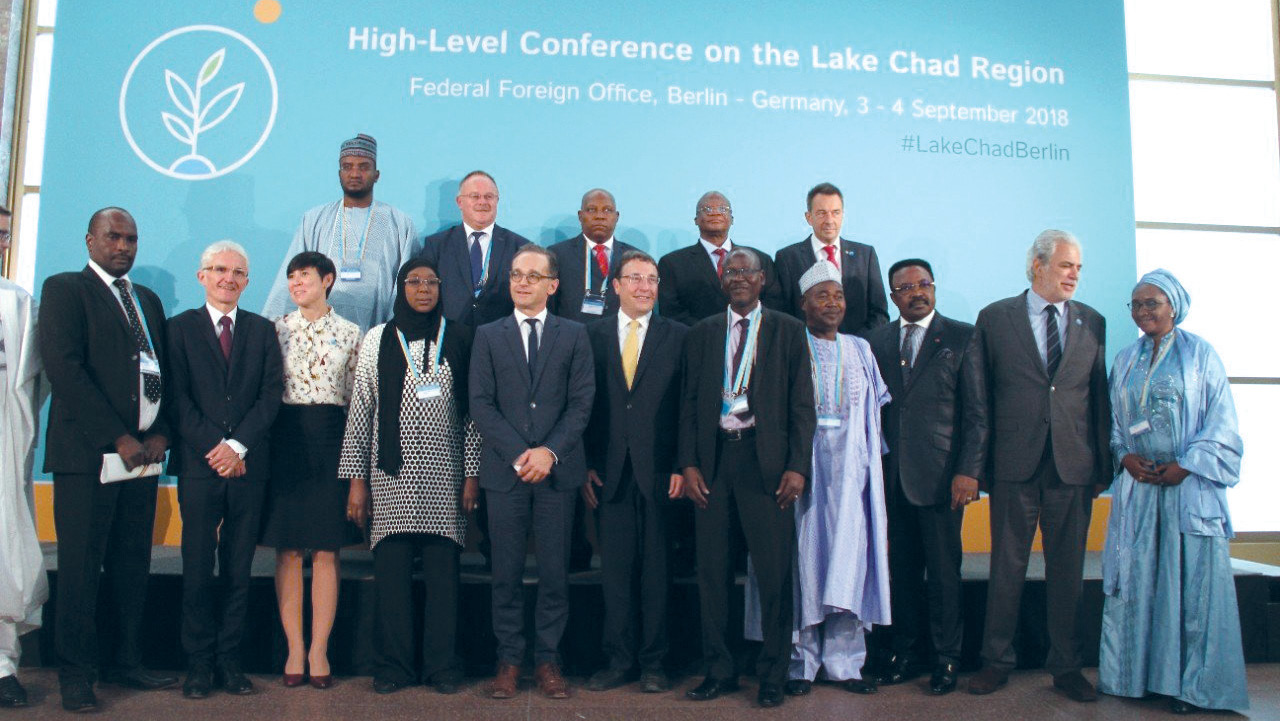 UNDP/Lamine Bal
Participants at a Conference in Berlin on peacebuilding and economic development in the Lake Chad Region, in September 2018.

2. Countries with older industrialization must develop immaterial productions without neglecting the importance of manufactures and energy, but understanding that less people can produce all the goods we need. Energy flux must be intensified, because containing it—in the false perspective of helping the environment—is a mistake, as Lyndon LaRouche taught us: Old technologies—inadequate to modern development—are among the causes of pollution. It is technological progress that allows the reduction of polluting agents per unit of production, not the contrary.

Most industrialized countries have gone through the post-industrial stage (with the growth of service sectors) and are now in the “post-capitalistic stage,” i.e., ever less employment in industries and services with increased need of caring activities (for people, the environment, maintenance of existing goods) where costs are higher than revenues.

3. Recently industrialized countries, like China, have correctly chosen to increase their domestic demand instead of their exports. More investments, especially in infrastructure, and the increase of wages and employment, are compatible with the increase of profits, but not with the increase of the rate of profit (as percentage of investment) which is the typical outlook of stock markets and financial investors. So, it is probable that a downward speculation begins to hit after the upward speculation. China has inaugurated the post-industrial stage that countries such as Italy have gone through during the period 1980-2010; but China’s development will be faster. . . . I think that it will complete the stage in around five years from now.

We have good reasons to think that emerging countries will intensify their thrust towards new international agreements such as Bretton Woods, even if not the same as those established 75 years ago.

[fn_1]. The Transaqua project is an idea developed by a team led by Marcello Vichi of the Italian engineering firm Bonifica, to replenish Lake Chad by collecting water in a navigable waterway running north to the lake from north-east tributaries of the Congo River in the Democratic Republic of the Congo and the Central African Republic. This infrastructure project would also lead to hydroelectric power production and irrigation. The construction of this great project would provide productive jobs for millions of Africans, and lay the basis for further development of the region. At the International Lake Chad Conference, held in Abuja, Nigeria, Feb. 25-28, 2018, the Transaqua proposal was adopted by Nigeria, Niger, Chad, Cameroon, and the Central African Republic. During the Abuja conference, the Italian government responded by announcing an initial grant for a feasibility study. [back to text for fn_1]