The Best Way to Fusion Power:Go Back to the Moon 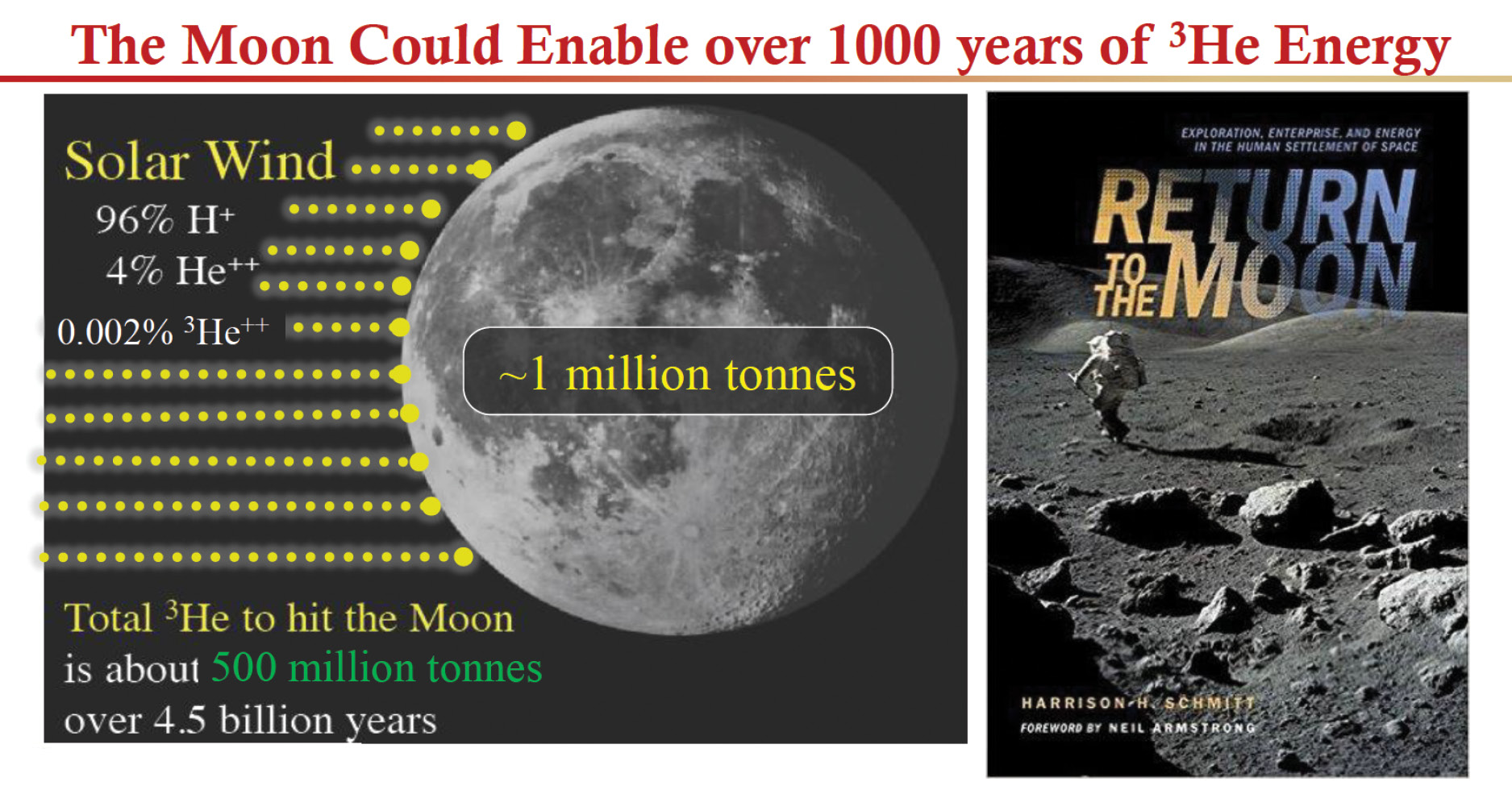 Dr. Aaron Olson of the Fusion Technology Institute and the University of Wisconsin briefed the conference on the ways helium-3—the ideal fuel for fusion power reactions, but not found on the Earth—could be mined on the Moon’s surface, where it exists in large quantities. One important key to opening up this pathway to fusion power was an observation and intuition formed by physicist and astronaut Dr. Harrison Schmitt while on the Moon with Apollo 17.

“You get nuclear power, without any radioactive waste. That’s incredible,” Dr. Olson said. “Many of you in the audience may be wondering, where does this helium-3 originate? It’s actually created in the Sun. At all times the Sun is fusing hydrogen with hydrogen as part of its core. But it’s also fusing other things all the time. That’s how we get a lot of our heavier isotopes and heavier elements. They’re actually created inside stars. So, helium-3 . . . is actually created inside of a star. And what happens is, it’s emitted from the Sun in something called the solar wind.

“The solar wind is a flux of charged particles that’s emitting from the Sun at all times. Because it’s charged, any body in the Solar System that has a magnetic field around it, deflects this charged flux of particles. On Earth we have a very powerful magnetic field that protects us from a number of the things that are being emitted, not only from our Sun, but from a lot of other sources across the Solar System and our galaxy. . . . Fortunately for us, we have a very healthy atmosphere. . . . But the Moon has neither a magnetic field nor a substantial atmosphere.

“Because of that, over the lifetime—4.5 billion years, 5 billion years roughly—the time the Moon has existed, it has had a tremendous amount of helium-3 that’s been bombarded onto its surface. A fraction of that still remains today and is retained in the first 3-5 meters depth on the lunar surface. And because of the Soviet missions in the 1960s and ’70s, and the Apollo missions in the ’60s and ’70s, we got proof of this. In fact, 360 kilograms of the material from the Apollo missions was brought back to Earth. And samples . . . were heated up, and gave out not only helium-3, but a number of other volatile gases that came off that soil.

“One great place to get a lot of background on all of this—not only the solar wind part of it, but also the Apollo samples, the Luna-16, Luna-20 and Luna-24 missions as well, that brought back samples that had helium-3—would be the book, Return to the Moon, by Apollo astronaut Dr. Harrison Schmitt.”