The Revolt of the Netherlands Against the Threat of Eco-Fascism

by Karel Vereycken, founder of the Agora Erasmus website 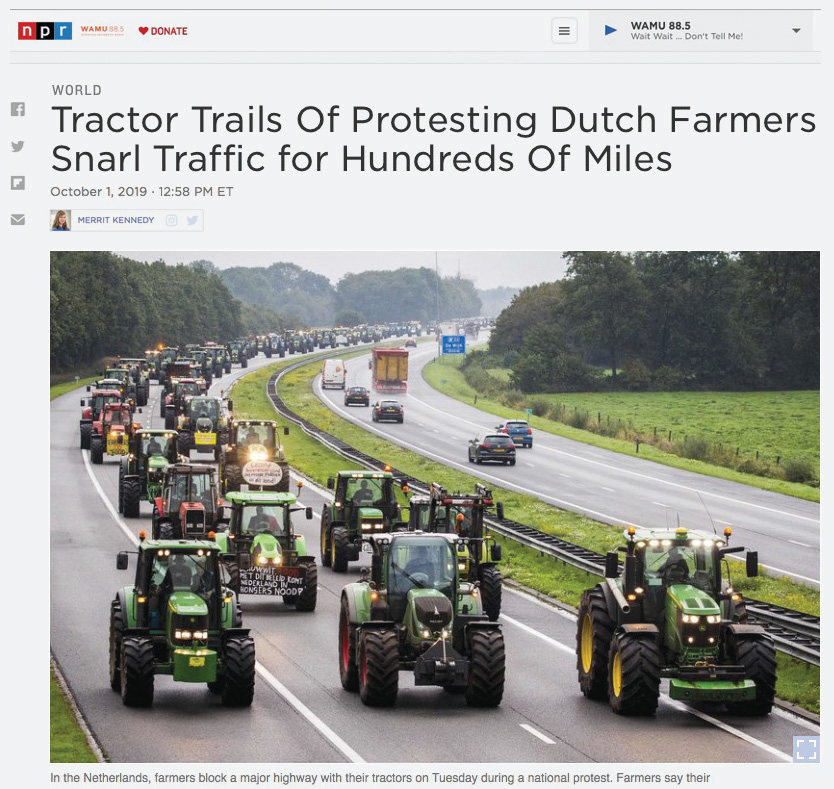 Oct. 4—Thousands of Dutch farmers demonstrated Oct. 1 against threats to modern agriculture in the name of protection against “climate change.” They took to the highways and rolled their tractors into Holland’s capital, The Hague, for a giant rally, causing over 700 miles of traffic jams.

Dutch agriculture was built on the postwar model of “intensive” highly mechanized agriculture (using high-quality seeds, fertilizer, irrigation and machinery) and has always been synonymous with high productivity per capita and per hectare. Today, “Farmers and growers are sick of being painted as a ‘problem’ that needs a ‘solution’,” said Dirk Bruins of the agricultural industry group LTO (Land en Tuinbouw Organisatie, Agricultural and Horticultural Association).

The government has not yet taken any specific action that would hurt farming, but the mere fact that some politicians are advocating the insane idea of dramatically reducing livestock herds, led to an explosion of public anger. 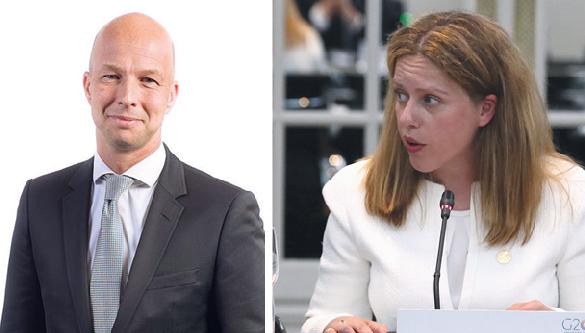 Tjeerd de Groot, a Member of Parliament of the ruling D66 party, floated the idea of cutting in half the number of livestock allowed, while offering farmers financial compensation. This idea was strongly rejected by Dutch Agriculture Minister Carola Schouten, who was deployed to the demonstration in order to cool down the situation as much as possible.

Not surprisingly, the criminal, Malthusian idea of cutting livestock herds in half has popped up just when the financial oligarchy is promoting radical green activists who want to turn agriculture and industry into “climate crimes,” to further the British-led global drive of “greening world finance.”

Before becoming a Member of the Lower House in 2017, De Groot began his career as a high-level civil servant in the Ministry of Agriculture, and then became the head of a major milk production cartel. His background and connections are the reasons farmers see his statement as a trial balloon that could become real were public opinion to go with it.

In the Netherlands, the idea of crippling agriculture was raised in answer to the ruling of a top Dutch court, which found in May that “Dutch rules for granting building and farming permits breach EU law on protecting nature from nitrogen [-containing] emissions such as ammonia and nitrous oxide.” As a result of the ruling, thousands of construction projects for housing and highways were halted overnight.

De Groot said: “Politics has to decide. Young people want a house but cannot find one. The building industry will grind to a halt because of the court ruling about nitrogen [N2O]. The construction of roads and public transportation systems are also threatened. And the damage of nitrogen [N2O] to nature is far too large.”

With Aristotelian sophistry, De Groot did the math: “Of all Dutch emissions of nitrogen [N2O], 70% come from agriculture, mostly from intensive cattle-raising. That is enormous. At the same time, cattle-raising contributes only 1% of our GDP, which is out of proportion.” De Groot wants the government to force farmers to choose: Either they stop raising cattle, or they convert to a “circular economy,” only feeding the animals on foodstuffs humans don’t eat, thereby lowering the “pressure” on the planet—and stop using fertilizer! Of course, such a conversion, away from intensive farming, would automatically decrease the number of livestock.

To sell this eco-fascism to the public, the government is claiming that such a regression from modern agriculture will “free up space” (Lebensraum) for new housing! Knowing that Dutch public opinion backs the farmers, Dutch television is spreading the idea that unless livestock herds are reduced, domestic animals might be the next target. So far, the partners of the D66 party inside the government coalition (VVD, ChristenUnie and CDA), are very reluctant to back its proposal. When the Dutch Council for the Environment and Infrastructure made a similar proposal last year, in order “to reach the targets of the COP21 Paris accords,” all three government coalition partners reacted negatively. 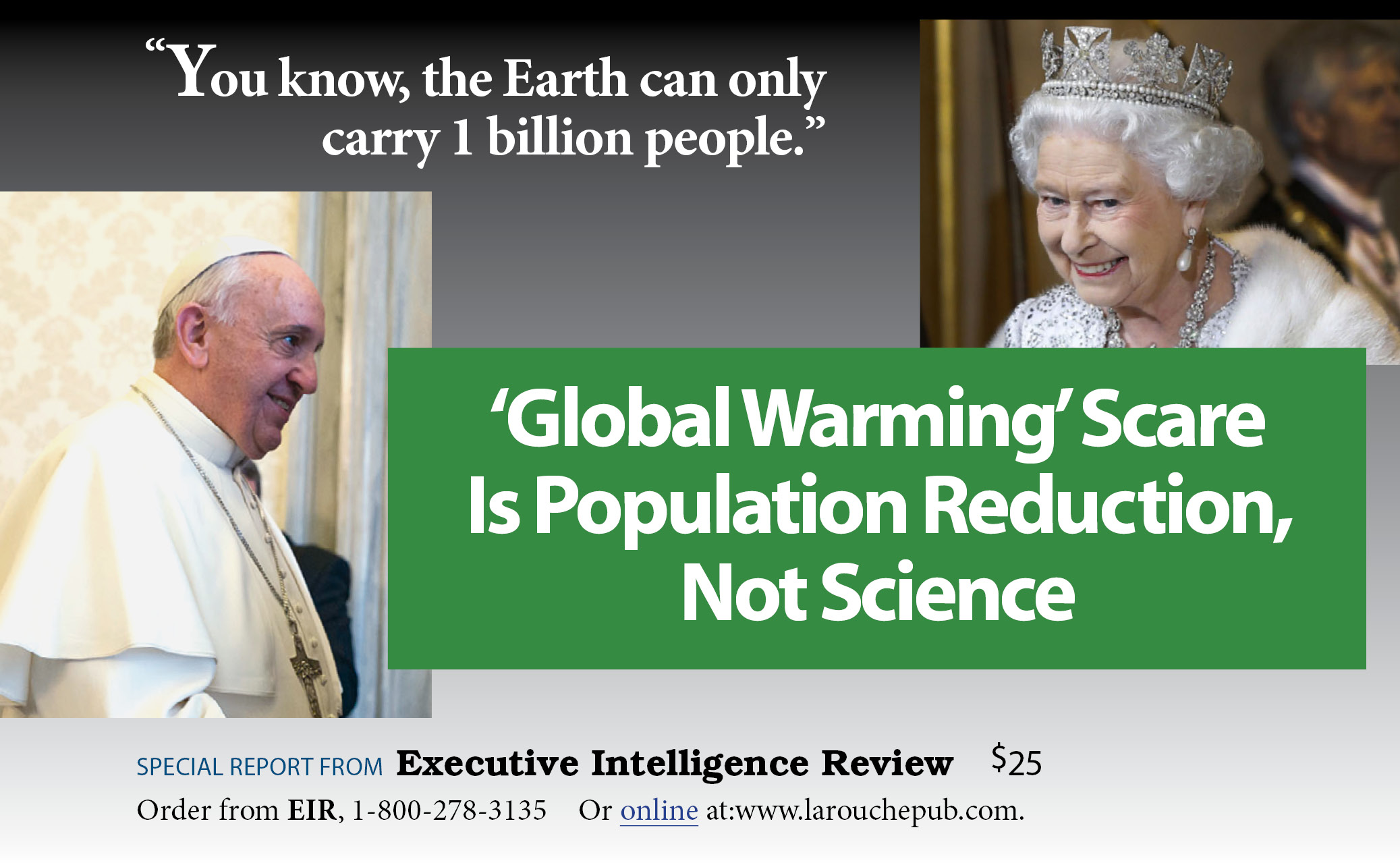