OPEN LETTER TO THE PRESIDENT OF MEXICO

This is an edited translation of the open letter sent by the LaRouche Citizens’ Movement of Mexico, MOCILA, to Mexican President Andrés Manuel López Obrador on October 25, 2019.

Nov. 1—It is often the case in history, that forces representing evil policies are blinded by their own hubris and think they can impose their will on entire nations by brute force and terror tactics. But their very arrogance exposes their own Achilles’ heel, and can lead to their destruction at the hands of their intended victims, if the latter counterattack vigorously on the exposed weak flank.

Last week’s show of force by Dope, Inc., the international drug cartel run out of the City of London and Wall Street banks, around the Ovidio Guzmán case, presents just such an opportunity.

In the same spirit in which we issued our “Open Letter to AMLO,” back in September 2018 before you took office, the LaRouche movement today—based on the established authority of the late Lyndon LaRouche in these matters—urges you to adopt four concrete measures that will take Dope, Inc.’s tactical victory in the Ovidio Guzmán case, and transform it into Dope Inc.’s strategic defeat. 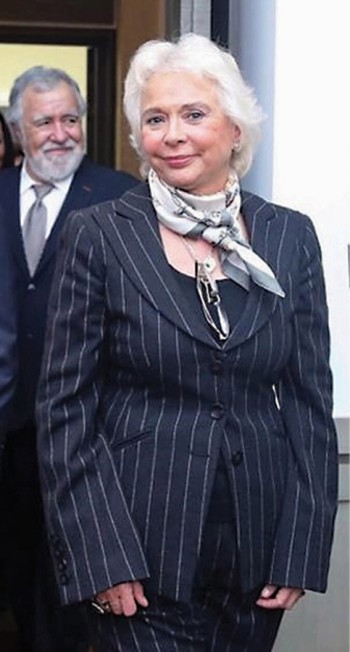 Immediately fire your government minister, Olga Sánchez Cordero, who is a leading proponent of Dope, Inc.’s policy of drug legalization, and a Trojan Horse inside your government.

Aggressively pursue the policy you have already initiated, of cooperation with the Trump administration to freeze or hermetically seal the U.S.-Mexico border to both arms flows south, and drug flows north, by using advanced technologies including laser detection, MRI, X-rays and more. This is a key component of LaRouche’s long-standing anti-drug plan, which is presented in depth in the article, “The LaRouche Plan to ‘Hermetically Seal’ the Border Against Drug-Traffic,” in EIR, Vol. 46, No. 12, March 29, 2019.

Propose further triangular cooperation among Mexico, China, and United States, to bring major infrastructure and other development projects to Mexico and Central America, in the context of the Belt and Road Initiative (BRI) that now includes 157 nations worldwide. Only by providing such opportunities for productive employment for the region’s youth, can young people be freed from enslavement to the drug trade and its terrorist gangs—or the other horrible alternative, the desperate need to migrate to the United States to ensure simple survival for themselves and their families.

Such a global paradigm shift toward the BRI would also entail the bankruptcy re-organization of the entire trans-Atlantic financial system, which is the driving force of the international drug trade, and is, now, heading towards an inevitable blowout of its $1.5 quadrillion speculative bubble that will make the 2008 crisis look like a picnic in comparison.

A copy of this open letter has been sent to U.S. President Donald Trump.