In Defense of African Sovereignty 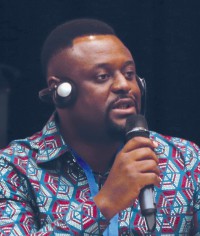 Mr. Henda Diogène Senny is the President of the Pan-African League movement UMOJA, based in France. We present here a report on his presentation on Nov. 16, 2019 at the Schiller Institute Conference, “The Future of Humanity as a Creative Species in the Universe,” in Bad Soden, Germany.

Mr. Senny began his speech by referring to the recent commemoration of the 30th anniversary of the fall of the Berlin Wall, and what the implications of this event are for the world situation today.

This indeed “historic” event, said Mr. Senny, did not live up to the expectations of most of the so-called political experts of those days. And in particular, not to the pronouncements of the core neoliberal establishment, epitomized by Francis Fukuyama, who predicted that this event signaled “the end of history,” i.e., the “ideological and definite victory of democracy and liberalism over all other political ideologies.”

The Cancer of Geopolitics

“Today we must recognize that the fall of the Berlin Wall did not bring to an end the cancer which gangrenes all the modern states today, i.e., geopolitics,” Senny said. Even though the building of the Berlin Wall was the result of the geopolitics which led to the Cold War, today, 30 years after its fall, all the “ancient geopolitics” have been recycled. “The world has never been so strife with conflict.”

“For us Africans, the end of the Cold War led to new historic ruses,” he said. “In the decade of the ’90s, our salvation was supposed to come from ‘free and transparent elections,’ without ever posing the right questions relative to sovereignty. Elections without sovereignty [were] always contested . . . [and] chaos and war were never far, with all the social destruction that they entail.”

Whatever the political conflict, “the political actors, once in power, all applied the latest neoliberal, end-of-history recipes cherished by Fukuyama: the Washington consensus, the only program accepted by the IMF and the World Bank.” This meant the rapid elimination of all state regulations or others; the rapid and total liberalization of all markets of goods, capital, and services; and the establishing of a totally deregulated world market—to the detriment of all public investments in infrastructure, education, and development.

“Despite this difficult situation, Africa has justified ambitions in the domain of space technologies, which could solve some of the problems of telephone, television, radio, Internet, GPS connections, and scientific research. The scientific mastery of space is a real democratic stake because it can reduce costs of distribution and of access to some fundamental rights for the large number of people,” Senny said.

“Some African countries are playing a leading role in this direction. Without being exhaustive, these include Angola, Nigeria, Ghana, South Africa, and Kenya. Because of the extremely high cost, each African country is turning toward the U.S., France, Russia, India, or China to be able to have a satellite. And it is in these areas that a United States of Africa, the ideal for which we fight, finds its full dimension. Not only would it deal with the difficulties of costs and rationalization of the usage of satellites per country, but it would solve the increasing potential tension between neighbors as soon as one country has a satellite.”

In his conclusion, Diogène Senny proposed to replace the “end of history” concept with the true concept of the living historical identity of man, “the privilege of each man to be conscious of living in history. This calls for the solidarity which unites the past, present, and future, and motivates the desire to seek for a freedom to produce a future through a creative act.”

“Today, 30 years after the fall of the Berlin Wall, the real issue is one of sovereignty, the loss of which has demoralized African youth, who today have turned toward the historical figures of African patriotism such as Barthélemy Boganda in the Central African Republic, Tom Mboya of Kenya, Félix-Roland Moumié and Ruben Um Nyobè of Cameroon, Murtala Mohammed of Nigeria, Thomas Sankara of Burkina Faso, Steve Biko of South Africa—all fervent African patriots, young and dynamic, who died victims of imperialism.”

Senny called for a new renaissance of Africa, inspired not by machines or robots or wrong conceptions of man, but based on the infinite messages communicated by the ancient Egyptian monuments, on the mysteries of agriculture, which represent more deeply the analogy of “human destiny and the productive sowing of the land.” 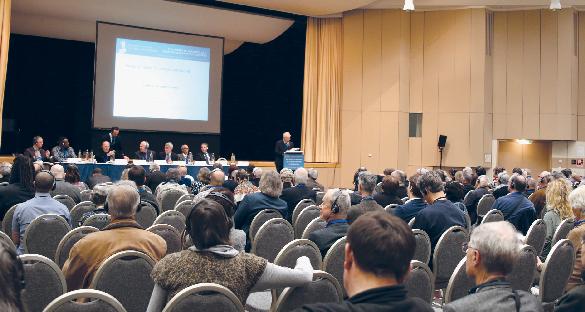 EIRNS/Johanna Clarc
Audience members were moved by two days of presentations on “The Future of Humanity as a Creative Species on the Universe,” at the Schiller Institute’s conference in Bad Soden, Germany on January 16-17, 2019.