Study Lebanon for an Insight into the World Mass-Strike Wave 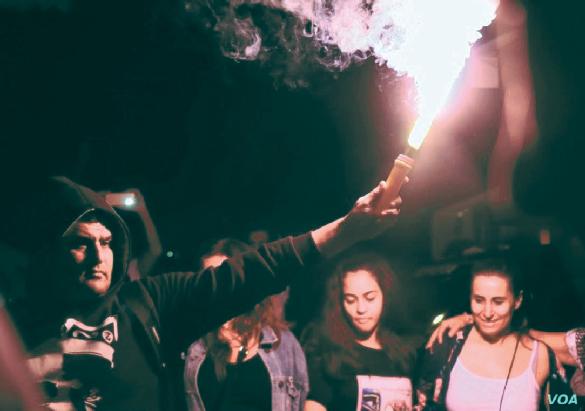 Nov. 14—In the middle of the unrest and economic and social crisis that has emerged in Lebanon, the question has emerged as to whether Lebanon will continue its suicidal path within the Trans-Atlantic system or break loose and join the new paradigm of the Belt and Road Initiative (BRI) and China.

In a televised speech on November 11, Sayyed Hasan Nasrallah, the leader of Hezbollah, discussed the crisis in Lebanon. Part of his speech dealt with the economic and financial crisis in the country. Besides describing the usual corruption problems, he stated that Lebanon must produce again, and build its agriculture and industries and not continue as merely a service economy. Then he emphasized that China was willing to help build massive infrastructure projects in the country, but that China’s offer had been rejected. Nasrallah did not specify who rejected the Chinese offer. But he called on the government to send a delegation to China and ask their companies to come back. He also did not specify which infrastructure project or projects China was willing to build and finance.

It is general knowledge in Lebanon that it was the pro-Anglo-French-Saudi-American government of Prime Minister Saad Al-Hariri that rejected the Chinese offer, in spite of all the Silk Road and China-Lebanon conferences hosted by Lebanon in the past three years.

Yesterday, Nov. 13, a short news item on Hezbollah’s website, Al-Manar, titled “How Can Lebanon Benefit from China’s Economic Offers?” and prominently including a photo of a Chinese high-speed train, reported the following:

Around one year ago, a number of Chinese firms offered Lebanon investment projects in various economic domains, raising the question of the extent of the Lebanese ability to benefit from the offer to improve its socio-economic situation.

Hezbollah Secretary General Sayyed Hasan Nasrallah stressed during his latest speech that Lebanon has to benefit from the Chinese offers in order to cope with its economic crisis, highlighting the U.S. pressures on the country to reject China’s initiative.

The Lebanese government has not tackled the issue seriously since the Chinese firms visited Lebanon, which indicates that Beirut will not react positively with Beijing’s offer.

In this regard, China offered to install a railroad system that would link all the Lebanese cities and ports, power plants, and solar energy plants. China also offered to help with river maintenance, build a commercial seaport, help develop many other economic projects, and make Lebanon its financial center in the region.

Whenever the Lebanese government bravely decides to ignore the U.S. ban on any cooperation with China, Lebanon will witness a prosperous economic rebirth. 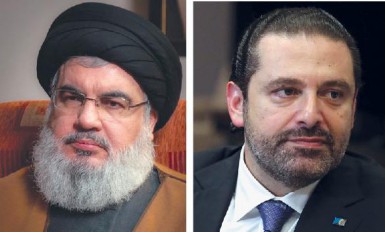 Al-Manar’s reference to “around one year ago” might be to the Belt and Road Conference held in Tripoli in northern Lebanon on March 2, 2019. In that conference (according to Xinhua), the Chinese Ambassador to Lebanon, Wang Kejian, said “Chinese companies have visited northern Lebanon and they are ready to take part in infrastructure projects including the expansion of Tripoli Port and Qlayaat Airport in addition to the construction of railways, roads and bridges.” In the same conference, Toufic Dabbousi, President of the Chamber of Commerce, Industry and Agriculture of Tripoli and North Lebanon, emphasized the need to expand the Tripoli Port and Qlayaat Airport in a bid to take part in projects along the BRI.

’This is How Politics Goes’

On Nov. 11, Tayyar.org, the website of President Michel Aoun’s political party, published a very short notice citing former Minister of Environment, Wia’am Wahhab, as having said in an interview with OTV Lebanon:

The Chinese Ambassador visited me in my home and promised to solve Lebanon’s electricity crisis in only six months, and that with a zero-interest loan from China. I told one of our three presidents [President of the Republic, Michel Aoun; the president of the Parliament Nabih Berri; or Prime Minister Saad Al-Hariri—ed.] but he said, the Americans would not allow this.

This is how politics in Lebanon goes, according to a Lebanese source whom EIR talked to today, “because almost everyone is involved in some corrupt acts which everyone else knows about.”

In any case, shortage of electricity is one of the main reasons for the current uprising in the country. This source claimed that Aoun and Nasrallah are of the same mind, and both want the people’s voice to be heard on the streets, and the truth to come out about corruption, but without stirring up a new civil war.

This same source also stated that EIR’s analysis that U.S. President Donald Trump wants to roll back many years of endless wars and establish a new regime in the region—similar to what President Putin has proposed—is correct. The source said that Nasrallah confirmed this in his speech when he said, “There will be good news in the region and great things will emerge,” and emphasized that Nasrallah’s reference to opening the border to Syria and Iraq for trade is a reference to the Belt and Road strategy.

It is obvious that it was Hariri’s government—which has resigned due to pressure from the people—that rejected the Chinese offer, and instead went along with the deal struck with the World Bank and the European Bank for Reconstruction and Development (EBRD) at the Paris CEDERE conference in April 2018. The agreement, as reported by Reuters new service, stipulated that Lebanon would receive credits to build infrastructure, especially power plants, in return for reforms!

After more than a year, however, no financing for power plants or infrastructure has arrived, and instead new taxes and higher electricity and fuel fees have been imposed. The straw that broke the camel’s back of the World Bank package was a tax on WhatsApp messages and calls in October. [Not a joke!—ed.] The explosion of protests forced the government to abandon this decision, and then it was forced to resign. President Aoun accepted the resignation of Prime Minister Al-Hariri and has not been in a hurry to nominate a replacement.

The Lebanese economy is totally controlled by the private banks. Almost the only source of income for Lebanon, especially since the war waged on Syria began in 2011, is the transfers of money by Lebanese immigrants abroad. Tourism has been dwindling, especially since Saudi Arabia and other Gulf states boycotted Lebanon to punish the Lebanese President and Hezbollah for supporting the Damascus government. The banks take very high fees on the transfers and keep most of the money deposited in their accounts. The banks then loan the money to the government (buying government bonds for high and higher yields) because the government is desperate to finance its budget. In this way, Lebanon has become some sort of a “cargo cult,” waiting for gifts from the gods.

Therefore, Nasrallah’s call for “production” in the industrial and agricultural sectors, and making sure that China comes back and builds the necessary infrastructure, is responding to the demands of the desperate Lebanese people. The Lebanese source emphasized that while foreign forces want to turn the justified and angry protests in Lebanon into a new “color revolution” to throw out the baby with the corrupt bathwater, President Aoun and Nasrallah want to use this opportunity to carry out a complete clean-up operation in—conjunction with the regional clean-up operation being conducted by Presidents Vladimir Putin and Donald Trump—and have a new deck of cards. China, while not making much noise, is waiting on the sidelines to help launch the reconstruction of Syria, with Lebanon being a key element in connecting Syria to the Mediterranean on the “Maritime Silk Road,” and to Iraq, Iran and Central Asia on the Economic Belt of the New Silk Road.

The Lebanese source, who requested several copies of the Arabic translation of the EIR report, The New Silk Road Becomes the World Land-Bridge: A Shared Future for Humanity, Vol. II, to send to selected Lebanese leaders, stated that, “While Lebanese politics and statements by political leaders are very Byzantine and cryptic, making transparent what is happening in this region requires the insights of the EIR and the LaRouche people.”