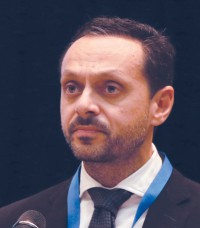 Claudio Giudici is Chairman of the Uritaxi (National Taxi Trade Union) in Florence, Italy. We present here his edited remarks as prepared for presentation on Nov. 17, 2019 at the Schiller Institute Conference, “The Future of Humanity as a Creative Species in the Universe,” in Bad Soden, Germany. Subheads have been added.

I would have liked to give this speech in memory of Lyndon LaRouche in English, but given the people I represent in Italy and the already atypical concepts, I believe that my action can be more effective if I speak in my mother tongue.

I met Lyndon LaRouche during the financial crisis of 2000, before his famous forecast of January 2001, when he hypothesized that we should expect a “new Reichstag fire” in the United States, under the leadership of the neo-cons. So, when the Twin Towers were knocked down the following September 11th, those who, like me, knew that warning, were ready to understand the process that started from that moment.

From that day, in fact, a process of radical colonization of the Middle East and a process here, here in the West, of a radical brainwashing in the name of a constant terrorism alert, started. Thus, the season of preventive wars, of humanitarian wars began, with the paradoxical contrast of ever less humanity in the management of those same states that wanted humanitarianism to become a mission, but for others! In fact, in the meantime, these very people dismantled the welfare state and labor rights and proceeded quickly, with free-market recipes, towards that “controlled disintegration of the economy” advocated by the Council on Foreign Relations.

In 2003 in Milan, I had the opportunity to meet LaRouche personally. In the same weekend I was invited to a lunch with Romano Prodi [then President of the European Commission], but I preferred to personally attend, live, a meeting with this revolutionary man. And speaking of revolution, LaRouche, like all real revolutionaries, was radical in ideas, but moderate in methods, and most important, creative thanks to his understanding of classical culture.

Let us look at creativity in action. We recently saw an example of LaRouche’s method, by a young activist at a district meeting of U.S. Congresswoman Alexandria Ocasio-Cortez. That young activist, by resorting to the art of acting and the use of paradox, would have made Rabelais proud—bringing out the madness inherent in anti-human Malthusian decarbonization policy, which shrilly claims that mankind is an enemy of the planet, rejecting our highest expressions in the traditions, philosophies, and millennia-old teachings that now guide the world that, in its entirety, is on the road to progress for all of mankind. Man, as the highest stage of the evolutionary and anti-entropic process of Creation. 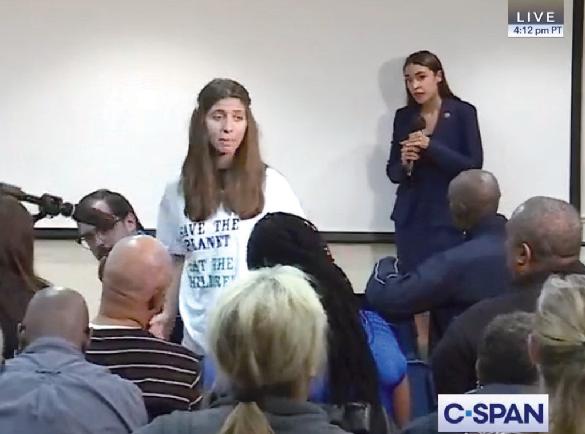 At a town hall meeting of Congresswoman Alexandra Ocasio-Cortez in Queens, New York, on October 3, 2019, LaRouche PAC activist made the “modest proposal” that in order to reduce CO2 emissions, we need to start eating babies. AOC didn’t want to rule that out. The event went viral.

I have studied and learned much from the principles of LaRouche’s philosophy. He is the greatest in our century to continue the enrichment and development of the Judeo-Christian tradition and the Platonic tradition, through Humanism to Kepler, Leibniz, the American System of political economy, and the works of Franklin Roosevelt.

As he was a politician and economist, one might think that talking about LaRouche means talking about these two branches of the human sciences, but one would fall into the error of our time to consider man in utilitarian terms, as a specialist in merely some sector knows only enough for that sector! Maybe that’s why technocratic governments have failed so miserably.

LaRouche was instead a universal thinker and for those like me who come from Florence, it is easy to think, to explain what he was, by looking to men like Leon Battista Alberti, Leonardo da Vinci, or Lorenzo the Magnificent, all brilliant exponents of that Florentine Renaissance, which LaRouche often quoted. This was primary. His philosophical, political, and economic vision required an eternal mission for humanity: to invest in the capacity for cognitive-creative reason of every man, in order to guarantee the “integral development of every man, of the whole man” (borrowing an effective formula from Pope Benedict XVI).

And it is on this that I would like to dwell: the integral development of man as opposed to sustainable development.

As Plato teaches, man is a collaborator of God in the development of Creation. The notion of sustainable development is that man is almost an accident of nature—not its most advanced product that brings the biosphere to the noblest level of noösphere!—but an element to contain, keep at bay as can be done with an over-excited dog. And it is this latter view in fact that underlies the basic vision that permeates the new doctrine from the manipulation of an innocent girl like Greta Thunberg, and finds its supposed noble formula in the notion of “new humanism”—as assumed in Italy by Prime Minister Conte and by Pope Francis. That expression was forged by the 20th century French writer Edgar Morin, but it is nothing more than the Sarpian game of giving man some development, a bit of science and technology, while insisting, do not overdo it!

And that is where LaRouche, whose exoneration is demanded by his political movement and the Schiller Institute, can potentially break the games that the elites are preparing.

Study the Long Cycles of History

There is a cultural and scientific pessimism that dominates the current cultural model, and if we look at the short cycle of history (say the last 50 years) especially in the West, there is nothing to be happy about; but if we look at the long cycle, then, we must be optimistic and consider how much the human species has grown in terms of civilization, morality, and economic, democratic and social potential. 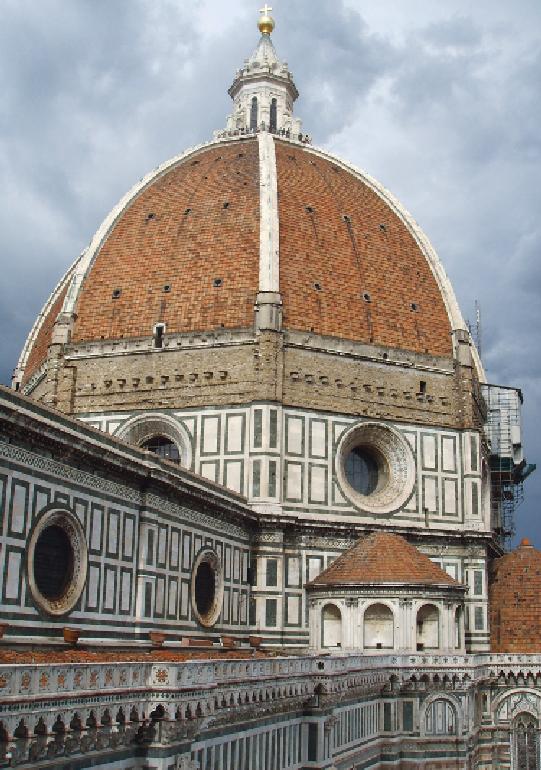 If we want to get out of this short history cycle, we have to tap into the great periods that brought us out of the dark ages. We have to look at the Florentine Renaissance, that upon its rediscovery of Platonism, found its cornerstone, and in the post World War II period found its moral impetus in Christianity. Both these periods were periods of reconstruction. And how did they rebuild?

Starting right from the premise that LaRouche placed as a pillar of his political and economic vision: the imago viva Dei, that is, an anthropocentrism connected to those universal physical principles that are the expression of a pre-existing principle of Truth, of a God. And so, Man is not the enemy of our time, the serial polluter as today’s dominant cultural complex describes us, but, rather, its solution, if we operate in respect of those laws, of Truth.

And since these are not just nice words, then we need to invest in Man, in every man, in the whole man. This is why it is essential that we move from the financial paradigm of money to the new paradigm of the physical economy as a measure of economic capacity. In this new light, what matters will not be the debts of the states, but how efficient are the education system and the health system, the infrastructural system and the productive system.

This was the vision of great humanists like Thomas More, of Leibniz himself, who advocated a society of arts and science. And to find that way again, LaRouche also told us how to do it in political economy: to move from monetary systems to credit systems that will pay for themselves, thanks to the constant technological-scientific progress of the physical economy.