LaRouche and the Unity of Art and Science 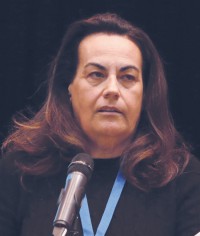 Ms. Banaudi is an operatic soprano and teacher. We present here her edited remarks as prepared for presentation on Nov. 17, 2019 at the Schiller Institute conference, “The Future of Humanity as a Creative Species in the Universe,” in Bad Soden, Germany. Subheads have been added.

Thank you for this precious time, during which I will try to give an idea of the importance of Lyndon’s action for the good and the progress of humanity.

In 1737 in Leipzig, Lorenz Christoph Mizler, who was a student of J.S. Bach’s, created a semi-secret society of the musical sciences. In order to be admitted, one had to present one’s own musical composition of a mathematical nature, and a portrait of oneself. Mizler’s aim was to show the connection between music and mathematics. The motto of the society was in fact, “Music is the Sound of Mathematics,” a bit like saying that the word is the sound of poetry or that mathematics is the language of physics and science.

The aim of the society was to take music back to its Pythagorean origin, which is why it also attracted the participation of Georg Friedrich Handel. J.S. Bach officially entered the society in 1747; his Art of Fugue and his Goldberg Variations are brilliant expressions of music made according to the principles of geometric and arithmetic symmetry, as were compositions by Mozart, Beethoven, Schubert, up to Stravinsky.

These symmetries are similar to those of the golden ratio, whose highest expression is the canon. Another type of canon is that of Vitruvius, brilliantly illustrated by Leonardo da Vinci in his drawing, the “Vitruvian Man,” a condensate of mathematical and harmonic knowledge of the human body.

Leonardo also studied the phyllotaxis that proceeds according to the principles of the golden proportion expressed by the irrational number 0.618. . ., which was always considered as a representation of the universal law of Harmony. The ratio of the golden section or golden proportion is expressed in the golden spiral that shapes our cochlea, which then sends spiral signals to our brain and our mind by obeying a natural structure and shaping it in turn, causing us to unconsciously recognize the golden language, the beautiful proportion, when we encounter it in Art. The same applies to sight, because similarly, the cones that collect the light signals are also a golden spiral.

A close relative of the golden section is the Fibonacci series that orders sequences in plant and human life. For example, all proteins have five sides created according to the golden ratio; even the helix of DNA is in golden ratio, expressed with Fibonacci numbers. Some spectacular galaxies are clearly in the form of a golden spiral. The exit from a planetary orbit is calculated as a golden spiral, and so is the progression of the collapse of the stars, as well as the harmonic ratios of the Pythagorean scale.

If we listened to music in the golden proportion, this would be in harmony with biology and with harmonic perception. Lyndon LaRouche studied this geometric proportion in his fundamental Manual on the Rudiments of Tuning and Registration.

Through the Human Voice

He did so through the human voice which, in addition to being the basic instrument for music, was defined by him as a truly golden living process. We know that to sing well means to have an educated ear. When you study singing, you educate the voice and the ear together, just as we educate the mind to proportion and harmonic beauty. A beautiful voice is the expression of a beautiful ear, just as a beautiful composition is the result of a beautiful mind, and when we listen to it, we are actually connected to the beautiful mind that created it.

LaRouche and the Schiller Institute have clearly postulated how much the voice and the mind—through the ear which is naturally based on the golden ratio—are one whole. So even music, if it really wants to be an expression of the Muses and Apollonian Beauty, should be structured with golden relationships between the degrees. The golden ratio belongs to the knowledge secretly transmitted, that is why it was defined as “sacred,” and LaRouche says that there is nothing mysterious or mystical about seeing how the golden section is an absolute value of the living processes. 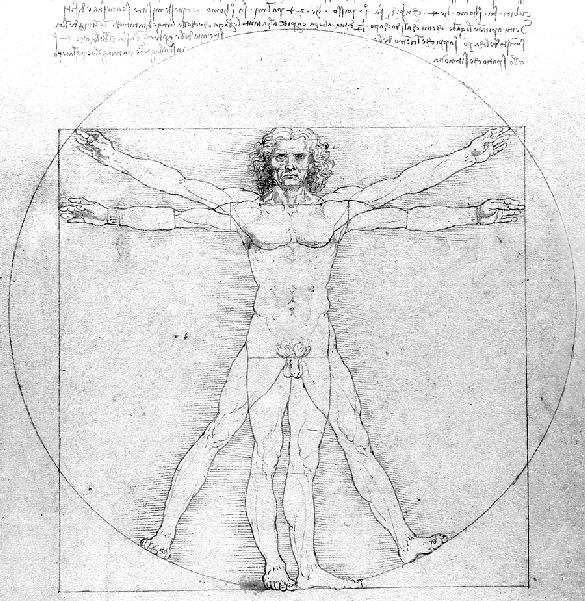 As further confirmation of the discoveries of Fibonacci and Leonardo, Johannes Kepler—inspired by Plato’s Timaeus—published the monumental Mysterium Cosmographicum in 1597, demonstrating that the Solar System and the proportions of its planetary orbits derive from the five Platonic solids and the golden section, just as the angular speeds of the planets in their elliptical orbits are proportioned according to the same ratios as the fundamental musical intervals.

With respect to the astronomical values of Kepler, LaRouche defined the C at 256 cycles per second as “Kepler’s interval in the Solar System.” In 1800, Carl Friedrich Gauss introduced conical spiral action, instead of the pure circular action proposed by Kepler. And LaRouche demonstrated just that conical spiral action in the voice of Bel Canto, which means beautiful singing.

It seems that the physicist Joel Sternheimer, a passionate musician, showed that the elementary particles are organized according to an order closely related to the musical scale based on the C at 256 Hz. The frequency of the proton is 2.26876 x1023, a value that corresponds almost exactly to the G of the 69th octave above the C at 256 Hz. In biophysical optics research, it has been demonstrated that the maximum absorption of electromagnetic radiation of DNA corresponds to a precise value that is at the 42nd octave above the C at 256.54. These are just a few examples that confirm with present day discoveries how much the “non-aligned” physicists knew about the scientific intonation of 432 Hz for the A, the A desired by Verdi, a brilliant Maestro whose aesthetic taste and knowledge was based on the idea of a beautiful voice and music.

An Acoustic Laser of Beauty

There’s an enlightening definition of the voice by LaRouche, a definition I’ve always perceived, showing that sometimes you know without knowing that you know. I summarize it: “The human voice is for sound what the laser is for light, it is an acoustic laser generating the maximum density of electromagnetic singularities by the action of ‘unity’.” Now I wonder: Is this why, when we listen to a beautiful voice, it is as if we had the projection in our minds of a world of colors and shapes, which needs no justification to exist other than Beauty?

His action is both scientific and artistic, to seek and communicate knowledge—knowledge of the human being and of the laws that govern the world, laws to which man must conform to build a harmonious, just and happy society. On the pediment of the Temple of Delphi is written, “Know yourself and you will know the Universe and the gods,” because everything obeys the same laws.

Knowledge then becomes consciousness, in the sense of an ethical obligation to realize the principles that distance us from the life of the brutes, as Dante urged us in the Canto of Ulysses in the Inferno: “You were not made to live as brutes, but to follow virtues and knowledge.”

Surely LaRouche has given me much more than I can ever give back. He ignited in me a passion for all aspects of music as science, which are countless and fascinating—research that will constantly enrich and change my vision of the world.

My memory of LaRouche is one of admiration, esteem and affection, because whoever knows how to light the spark in the minds of men, a spark called forth by his torch, is animated by a deep love for the good of humanity, and Lyndon LaRouche has lit it in each one of us. That is why we are here.