Trump at NATO Meeting: Friendship with Russia, Peace in Ukraine 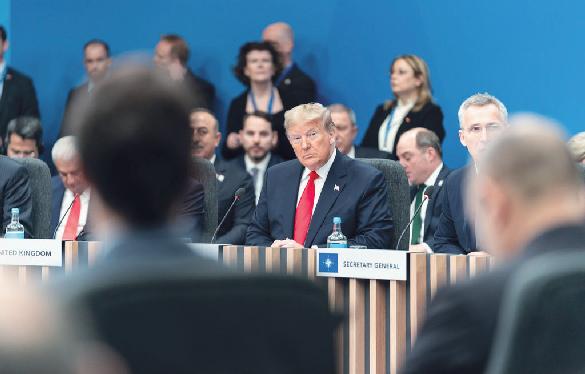 Dec. 8—While the press in the U.S. and Europe ran blaring headlines about the most trivial of incidents at the NATO meeting in the UK last week, nearly all of the media completely left out several extremely important interventions by President Trump that directly influence the growing danger of world war. The President continues to challenge, publicly, the rabid anti-Russia hysteria in the Congress, the media, and even within his administration. At the same time, he is also countering the perverted narrative in the fake impeachment hearings, which refuses to acknowledge that the new Ukraine government of President Volodymyr Zelensky is committed to peace with Russia, rejecting the war policy of the former neo-Nazi regime placed in power by the Obama/Biden administration in the 2014 coup.

Here is one of the crucial exchanges, almost entirely blacked out in the Western media, during Trump’s press conference with French President Emmanuel Macron.

First, Trump was asked: “Mr. Macron says that Russia shouldn’t be designated as an adversary of NATO. Do you agree with that? Do you think Russia is the enemy?”

The President, and the American people, want to be friends with Russia—one of the reasons the American people elected Donald Trump to be President of the United States in the first place, rather than the war-mongering Hillary Clinton, nor any other ally of the Obama/Biden or George Bush “permanent warfare” advocates. So much for those cowering under Nancy Pelosi’s pathetic “All roads lead to Putin.” 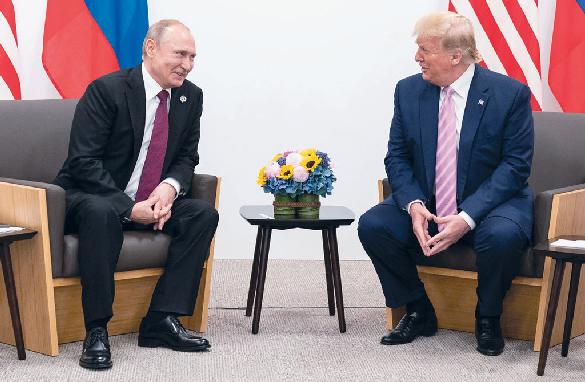 Trump also intervened directly into the strategic situation surrounding Ukraine. The U.S. media and the Congressional impeachment hearings have presented, as fact, a picture of Ukraine under attack from Russia and in dire need of U.S. military support, or even military intervention. That was, indeed, the intention of the Obama administration’s $5 billion investment (according to the State Department’s own boast) in creating anti-Russian shock troops, recruited from overt followers of Ukraine’s Hitler-collaborators, to overthrow the elected Ukrainian government in 2014, and thus to provoke war with Russia. But Zelensky ran as a peace candidate, committed to making peace with Russia—just as Trump did—and was elected with an overwhelming 71% majority by the suffering Ukrainian population. Did you hear it reported that in the Democrats’ impeachment hearings, testimony was only allowed from those diplomats—the so-called Ukraine experts—who themselves participated in the 2014 coup? [box: Tale of the Tape: Does Russia Threaten Europe?]

Here is what President Trump said about President Zelensky in the press conference with Macron:

I think that the meetings coming up with Russia and Ukraine [on the sidelines of the Normandy Four meeting on Dec. 9 in Paris—ed.] are very important. And there’s a possibility that some very big progress can be made. It’s very important for Ukraine. I think it’s very important from the standpoint of Russia, also, that they work out a treaty, they work out peace, because they’ve been fighting a long time. Too long. And I think there’s a really good chance that that will happen.

Trump also addressed the dangers of an arms race:

Also, with respect to nuclear weapons, I’ve spoken to President Putin and I’ve communicated with him. And . . . he very much wants to, and so do we, work out a treaty of some kind on nuclear weapons that will probably then include China at some point. . . . But we intend to see if we can work something out to stop the proliferation, to stop what’s happening, because we are making a lot and we are renovating a lot. And, frankly, the whole situation with nuclear is not a good situation. We ended the treaty because it wasn’t being adhered to by the other side. But they want to make a treaty, and so do we, and I think it would be a great thing. I think it’s one of the most important things we can do, frankly. . . . I spoke to China about it, during one of our trade negotiations—they were extremely excited about getting involved in that. So, some very good things can happen with respect to that. I think it’s very important. The whole nuclear situation is very, very important. 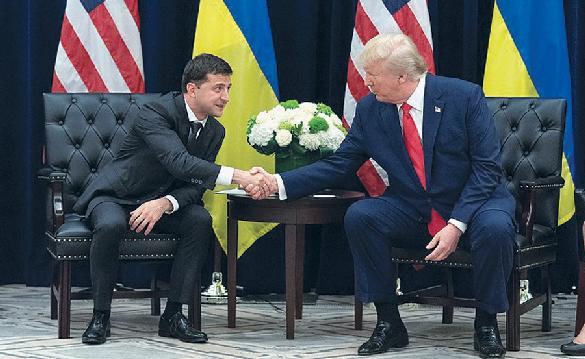 It is this intention by President Trump to end both the imperial division of the world into blocs, “East vs. West,” and to end the “endless wars,” which intention has the British Empire and its minions in a state of panic, attempting to stop Trump’s re-election at all costs. The House of Lords in December 2018 issued a report, UK Foreign Policy in a Shifting World Order, warning that Trump’s re-election to a second term would cause long-lasting “damage to UK/U.S. relations.”

On Dec. 3, the British newspaper, The Guardian, reflecting on Trump’s refusal to follow the accepted Anglo-American line about the need for NATO to defend against an “aggressive” and “adversarial” Russia, refers to remarks by fired National Security Advisor John Bolton, who warning in a private meeting, according to an online article posted by NBC News on November 12, that in a second term, “Trump could go full isolationist . . . and could withdraw the U.S. from NATO and other international alliances.”

Indeed, had NATO been disbanded in July of 1991, when the Warsaw Pact was disbanded, and had the world adopted Lyndon LaRouche’s proposal to launch joint development projects along a “New Silk Road” connecting the nations of Eurasia and beyond, the world would not now be sitting on the brink of global war and economic disintegration.

Trump also addressed the danger of war in Asia at another press conference at the NATO meeting, implying that the Obama/Biden policy had brought us close to war—not only with North Korea, but also with China. Asked about the North Korea negotiations, Trump responded:

I have confidence in him [Kim Jong-un]. I like him, he likes me. We’ll see what happens. He certainly does like sending rockets up, doesn’t he? That’s why I call him Rocket Man. We have a very good relationship. It may work out, it may not. . . . If I weren’t president we’d be in a war right now in Asia, and that brings in a lot of other countries.

The coverage of this appeal for peace in Asia, in all the western press other than the EIR Daily Alert and the White House transcripts, was transformed into the claim that Trump was ridiculing Kim and threatening war!

EIR’s recently released report, End the McCarthyite Witch Hunt Against China and President Trump, is a must-read to free the President to bring about the global cooperation among sovereign nations for which he campaigned.

Tale of the Tape: Does Russia Threaten Europe?

According to NATO Secretary General Jens Stoltenberg, NATO countries agreed in London to add yet another “large, new rapid-response force to be able to speed quickly across Europe, if ever there were a conflict” with Russia. The absurd claim that Russia threatens to attack NATO, is thus perpetuated, to justify NATO’s dubious existence. The alliance also planned a further increase in its combined military spending by $120-140 billion in the next few years.

But the NATO nations combined, as of 2018, were already spending over $1 trillion per year on military preparedness, more than 16 times that of the Russian defense budget of $61 billion! That was before the past two fiscal years’ U.S. defense budget increases totaling another $70 billion. (The “2% of GDP” rule to jack up NATO spending came from the Obama Administration.) NATO has approximately 3.1 million men and women in uniform, plus another 1.7 million reservists. This compares to Russia’s 900,000 and 2 million respectively. The United States alone has six aircraft carriers (all nuclear-powered); Russia one non-nuclear-powered carrier. NATO has far, far more aircraft, ships, tanks, and the rest.

Russia “threatens” NATO nations in only one way: If NATO forces keep crowding up on Russia’s border and a serious provocation or even incursion into Russia were to take place, the latter could only respond strategically. The NATO alliance, with its provocative growth, threatens its own members with a Russian strategic response to provocations.

Yet numerous studies from think tanks like RAND and the Royal United Services Institute have repeated, over the last five years, the completely nonsensical claim that Russia has military superiority over NATO, especially in the Baltics—which claim, in turn, has been used to motivate demands for ever more military spending. [back to text]