by Wolfgang Steiger and Simon Steinbrück 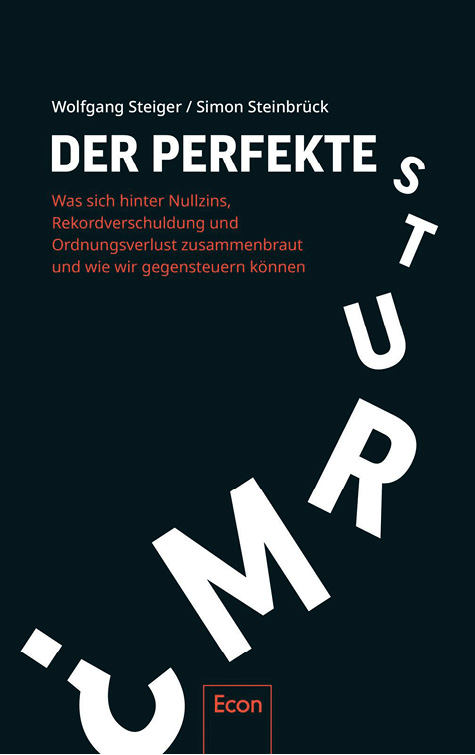 Jan. 3—Warnings abound of a possible new financial crash. On the first page of a book by Wolfgang Steiger, Secretary General of the Christian Democratic Union’s Economic Council, and Simon Steinbrück, a member of the Executive Board of the Economic Council and responsible there for international economic policy and European financial and monetary policy, the two authors compare the coming financial storm with the horrendous storm that raged off the east coast of the United States in the autumn of 1991. The rare concurrence of a hurricane, a cyclone and an arctic cold front produced a combination of circumstances that no computer simulation could have forecast nor comprehend, and therefore no corresponding corrective measures had been taken.

Noting this, the authors state: “Today, largely unnoticed, a political and economic dynamic is brewing that also has the makings of a catastrophe.”

Since the book was placed under the Christmas tree as a gift for all members of the European Economic Council for Christmas 2019, we may assume that a discussion of the rather harsh warning is desired. This is a fundamentally welcome development. The authors, on page 15, write: “Take a deep breath and press ahead—that can no longer be our motto. There are alternatives; we can still turn things around.”

Well, the reader might think, maybe a long-overdue solution awaits us here, which goes beyond the already well-known criticisms of the European Union (EU), such as complaints about permanent bailouts, constant breaches of the rules, criticism of the European Central Bank’s (ECB) money-flooding, the accumulation of mountains of debt, target balances, bad credit, shadow banks, and the like. 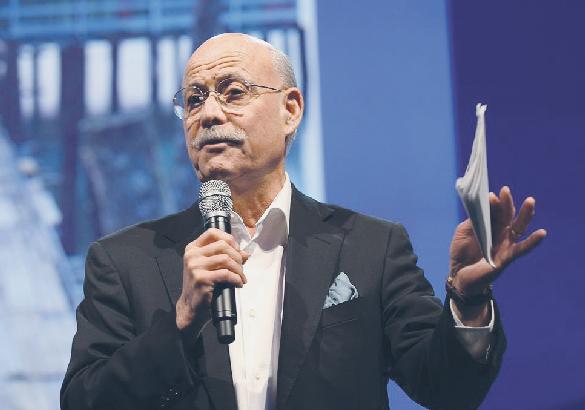 Only a meager 17 pages of the 250-page book are devoted to a “solution” to the crisis, and what is presented remains unclear and questionable. The proposals are at best partial solutions, with some good ideas here and there, but they are overall so contradictory that one suspects that either the authors do not understand the nature of the crisis at all, or worse, that their proposed solution will act as an accelerant for the financial and economic storm as it finally crashes into the wall. The chapter in which the “solution” is formulated, is titled, “Powerhouse Europe,” and, revealingly, it opens with a quote from Jeremy Rifkin: “If Europe does everything right, it can overtake the United States.” Rifkin? Excuse me? Rifkin’s science fiction as miracle tech? (See below for more.) On the next page, the provocation continues:

It [Europe] must now set the course in order to assume its creative role in the world structure. The change of personnel in the management offices of the European Commission, the European Council and the ECB offers the opportunity for a decisive change of course. Because what would Europe have to look like in order to continue to play a leading role economically and geopolitically in the coming decades? 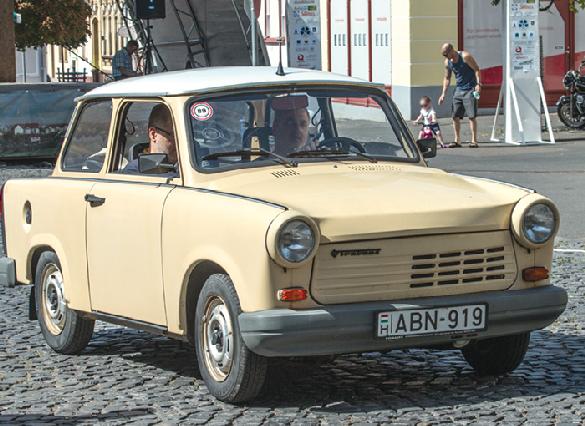 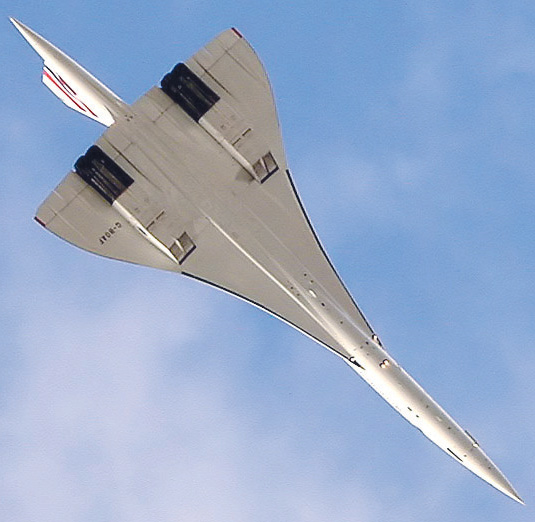 Change, of course, but in which direction? Leading role, but for what? The course defined by the Green New Deal had already been set long ago!

In addition to these suspicious statements, another is added towards the end of the book, where the farewell to industrial policy is clearly announced: “The past clearly shows that industrial policy efforts usually fail.” (p. 227) And in fact, not only the French Concorde supersonic passenger airliner is mentioned as an example, but also the Trabi (nickname for the Trabant, a cheaply made East German automobile with a less than stellar reputation), prefabricated buildings, industrial combines and of course, oh yes, the Chinese.

But before I summarize the suspicions that arise from everything in this book, I want to select, from the unfortunate mixture, two proposals with which one could actually design a well-thought-out strategy for the current crisis that would stop the impending storm.

First, there is one nice sentence: “Rather, a return to the strengths of the Wirtschaftswunder [Economic Miracle] is needed.” The “Economic Miracle” is the name given to the post-World War II policy that guided the enormous reconstruction of the German economy.

Also mentioned several times, is that a cornerstone of the German mindset is “never to separate action and liability” in economic activity. By this is meant that when you speculate and it goes wrong, you also have to take responsibility for the consequences.

In this context, the reader has to be very briefly, but clearly, reminded of two essential things which, although they are important historical facts, have almost disappeared in the course of the parrot-like citations of what has become known as the social market economy:

1. The international regulatory framework of the Economic Miracle. 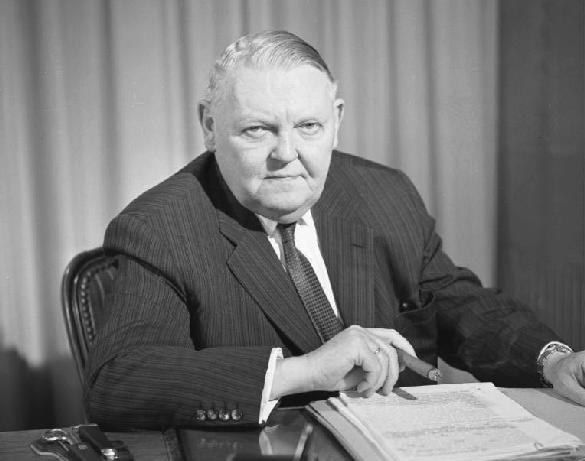 The Period of the Economic Miracle

The so-called Economic Miracle of the post-war period would never have occurred had it not been for the 1944 Bretton Woods System’s economic policy framework, which consisted of the following elements:

3. Regulation of the financial system.

All of this came about because those involved at that time had learned from the storms of the great depression of 1929-1933 and its aftermath, and wanted to prevent the financial market excesses of laissez-faire liberalism from happening again. German Chancellor Ludwig Erhard was a strong supporter of such regulation. Both the Glass-Steagall Act, introduced by President Franklin D. Roosevelt in 1933, and the somewhat different measures in Europe, ensured that priority was given to real economic development and that everything financial was subordinated to it. Indeed, the unity of action and liability is only possible under such a regulation.

With the abolition of the Bretton Woods system in 1971 and especially the UK’s so-called “Big Bang” deregulation plan in 1986 under the Thatcher government, this regulatory framework was torn down, thus setting the stage for new financial market excesses. The introduction of the Euro was just another step in this politically desired direction, which one might have known would sooner rather than later lead to the excesses of deregulated financial markets that are now being complained about. 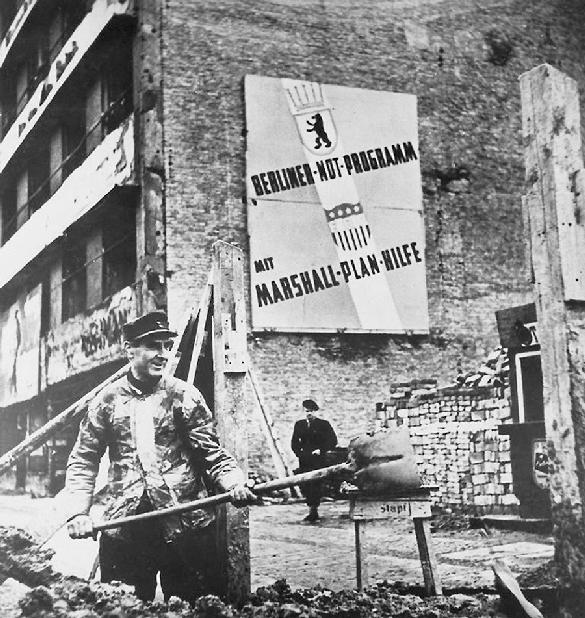 U.S. National Archives
Post-war reconstruction of Germany is underway. The poster reads: “Emergency Program Berlin with the help of the Marshall Plan” (circa 1948).

Erhard addressed this very subject as early as 1943-44 in a memorandum written for Carl Goerdeler. He emphasized again and again the priority of “productive goods and services” over all financial measures. When during his time as Minister of Economic Affairs (1957-63), he noticed that all sorts of policies were being peddled under the rubric of the term soziale Marktwirtschaft (social market economy), he explained succinctly and clearly what he meant by it:

An economic policy can only be called social if it allows economic progress, higher productivity and increasing productivity, working to the benefit of consumers.[fn_1]

In January 1956, Erhard wrote the following in a letter to the German Chancellor, Konrad Adenauer:

But beyond this partisan political point of view [it was about the campaign strategy for 1957—A.A.], there is no conceivable policy for a progressive economy that is dependent on the connection with the rest of the world, that could do without increasing productivity, production and consumption. Any effort not made in this direction would have to diminish our competitive strength and let us sink back into primitivity. But such a country would also lose its foreign and global political validity. From such a view, foreign policy and economic policy are closely interrelated and must seek initiatives that bear fruit for both. Finally, I have to point out that national income can only arise from the added value of goods and that it is consequently impossible to generate such income without increasing the consumption of a people accordingly. [fn_2]

Since higher productivity and increasing productivity are still the principles of a functioning industrial nation, and for these reasons remain a desired goal in the rest of the world, this quotation from Ludwig Erhard can only be understood retrospectively as a warning directed toward Germany and the entire European Union. With the organized steps back to a weather-dependent energy supply, based on energy-flux densities of the Middle Ages, we actually risk sinking back into a primitive state and the associated loss of global political weight and power.

Can it be that these fundamental principles have actually been completely forgotten? If so, the “Ludwig Erhard Compass,” which is mentioned in the book, may have been sunk in the Rhine or lost somewhere else; at least it will not be available when the time comes to turn the tiller.

Some suspect that the situation is actually much worse than what is presented by the authors, and that the decision to push through the Green New Deal had long since been made, no matter what.

The pressure comes from the financial sector and precisely from those circles that are criticized in the book for their irresponsible breaches of the rules. Mark Carney, then head of the Bank of England, announced the new agenda, together with Greta Thunberg’s presentation at the United Nations in September 2019, and since then it has been repeated by many other figures in the financial world: We want a green financial system! The old financial system is at a dead end, the storm is looming, the abyss is near, we need a new bubble with which we can inflate the old bubbles again. 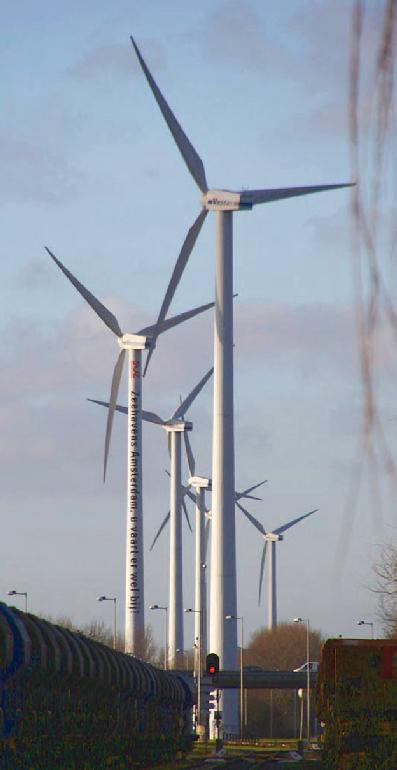 Trillions in new funds are under discussion and the goal for such so-called investments has long been defined: the transformation of energy systems.

What is it that causes medium-sized German companies to accept this fraud? Supposedly, The Perfect Storm is a result of discussion with representatives of those industries that are represented in the Economic Council.

They are under the delusion that Germany could profit by supplying so called smart technologies to manage an already unproductive weather dependent energy system without realizing that by doing so they are simply making the system even more unproductive.

It is not surprising that there is growing talk of “miracle technology” that miraculously puts Europe into a leading role. As rationality dissipates, science fiction becomes an option. The financial sector has for some time now chosen the self-proclaimed visionary Rifkin, who seems to have turned the heads of especially the ladies in the EU with his song of smart wonder-technology and his aging charm.

We must hang on to the hope that this book can make some contribution to a “change of course,” although a decidedly different course from what the authors intend.

[fn_1]. Emphasis in the original. Wohlstand für Alle (Prosperity for All) by Ludwig Erhard. Econ-Verlag, Düsseldorf, 1957, chapter 7. [back to text for fn_1]