This article appears in the January 31, 2020 issue of Executive Intelligence Review. 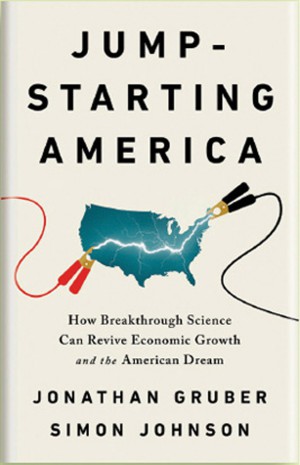 Jan. 28—The thesis of this new book-length economic policy proposal is that the American economy thrives when Federal funding of research and development is at a high level, and is concentrated on universities; then a lot of private capital is attracted by the new-technology start-up companies emerging from all this R&D. Its basic starting point of argument is that from the end of the 1930s until the early 1970s, Federal R&D funding was equal to 2% of the nation’s gross domestic product, whereas since the mid-1970s funding has fallen steadily, and dramatically, to 0.7% of GDP.

This is true as far as it goes, which, in the hands of these two MIT Sloan School economist authors, is not far at all. Something has been “spruced up,” made politically correct, even swept under the rug here, in order to produce a “recipe” for America’s supposed future progress, which does not require Congress do any of the kinds of hard things JFK said “we do because they are hard,” nor any real Presidency to lead them to do it. Nor is it mentioned that the American people need to fight for any changes in policies. This book assumes that reasonable discussion of options, among the elites in government and academia, will be sufficient.

MAGA, by and for the Elites,at War with MAGA

For co-author Simon Johnson—London School of Economics-trained, former chief economist of the International Monetary Fund—the book is a definite step back from the image he presented immediately after the 2007-08 financial crash. Then, he often publicly sympathized with restoring the Glass-Steagall Act, and wrote a book in 2010, 13 Bankers: The Wall Street Takeover and the Next Financial Meltdown, espousing the necessity of breaking up the biggest Wall Street banks to take down their unholy power over American politics. But in Jump-Starting America, Wall Street and bank regulation are never mentioned, let alone required for the “jump-start”; nor is anything proposed or discussed to “prevent the next financial meltdown.”

Perhaps having had some government commissions during the Obama Administration, Johnson has been reassured that the next financial meltdown has been avoided by a decade of the zero- and negative-interest-rate policy of the major central banks. But in that case the authors should deal with the connection of these central bank policies to something they complain much about—the long and very serious drop in productivity growth, wage growth, and business investment.

The Power for the Starter Cables

Jump-Starting America is absolutely full of data cited from literally hundreds of academic and government studies, made over half a century, of the U.S. economy since World War II. If you want an encyclopedic index of such more and less useful studies, get the book. 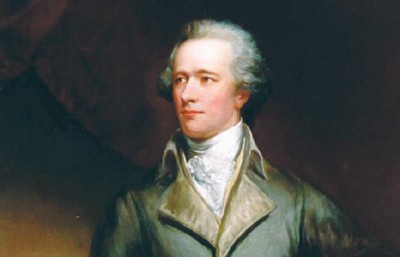 Alexander Hamilton, in a portrait by Daniel Huntington, 1865.

But if you, as a citizen taking responsibility for the nation’s future, want to understand what needs to be done to revive rapid scientific and technological progress driving the American economy, then you need to grasp the “American System of economy.” Flowing from Alexander Hamilton’s work, the American System has been the best means of firmly linking liberty for the individual’s creativity, with the pursuit of happiness of the many, including above all the worker, the farmer, the businessman. It is also integrally linked with the national mission—in Hamilton’s day, the industrialization of the nation, and in our own, human colonization of Mars. The late Lyndon LaRouche was the greatest of self-described American System economists.

Donald Trump is the first President in more than a century to have made speeches dealing with the “American System”—of, as he put it, “Alexander Hamilton, Henry Clay, and Abraham Lincoln.” This book, however, is a complete stranger to it, and seems to be looking for a near future without President Trump, since it does not mention him.

What is of real interest in this book? First, the State University of Central Florida (UCF), in and around Orlando. Late in Jump-Starting America, in illustrating their thesis that America needs university-centered research parks all over the country, the authors devote an entire chapter to the University of Central Florida as the best model of what they mean. Though only 40 years old, this university has more students on campus, 67,000, than any other in the United States—60% more than Florida State University established 160 years ago. It is surrounded by scientific institutes and companies spun off by its research.

UCF-centered scientists and engineers make it the United States center—perhaps the world center—of the simulation industry. Simulation of a jet fighter’s performance characteristics, of mining materials on the Moon, of the behavior of hurricanes and tornados, and a thousand other examples. The university’s logo is Pegasus, the winged horse of mythology, symbolizing unlimited possibilities. 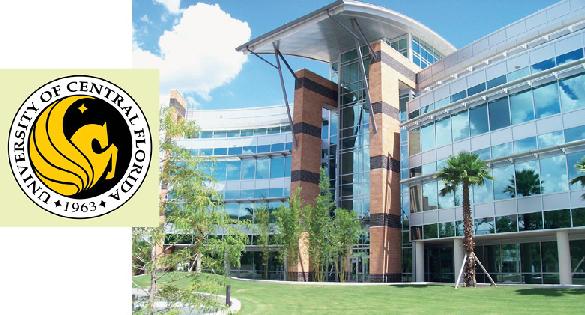 And UCF is purely a product of the United States space exploration mission, specifically the Gemini/Apollo Project launched in 1961 by President John F. Kennedy. Founded in 1963, opened in early 1968 as Florida Technological University, it had the mission of providing personnel to support the growing U.S. space program at the Kennedy Space Center and Cape Canaveral Air Force Station on Florida’s Space Coast. It is a “space grant university,” and now administers the NASA Florida Space Grant Consortium, which also supports work at Florida State University in Tallahassee.

The NASA origin is merely mentioned once in the authors’ long paean to UCF, and curiously they get the founding date wrong, putting it in the late 1970s. No, it was founded virtually with Project Apollo, and still calls itself “space university.” On the 50th anniversary of Apollo 11 last July, the university’s website proclaimed, “for those who dream of space, UCF is the place”—although because NASA’s budget has shrunk so much in real terms while defense spending has become huge, the many small and medium-sized companies around UCF now look more to navy and other military contracts in simulation and related fields.

UCF and Orlando, then, is Johnson’s and Gruber’s model for what they call for—“new tech hubs” around the nation, away from just the Silicon Valleys of the coasts, with new city growth around them. But when they come, in their conclusion, to recommend foci for all the Federally funded R&D they want, the science-driver new frontier missions of the American System of economy are missing. A crash program of space exploration through a Moon-Mars mission is not mentioned; neither is an all-out push for fusion power. 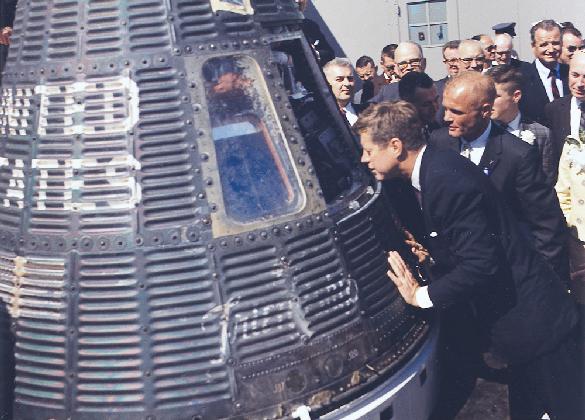 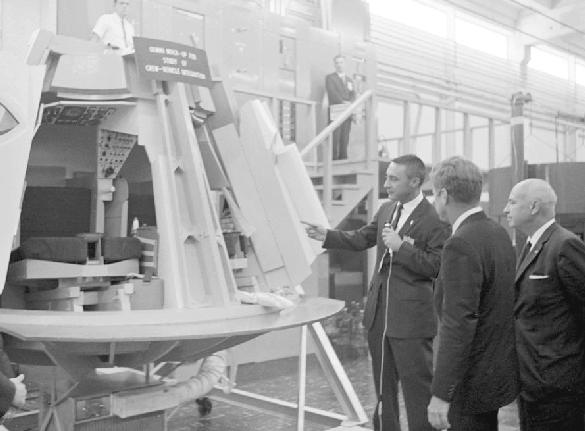 Robert Knudsen
President Kennedy getting a briefing on a mock-up of a Gemini space capsule from astronaut Gus Grissom, during an inspection tour of the Manned Spacecraft Center in Houston, Texas, on September 12, 1962.

What else is interesting here? Vannevar Bush, the MIT engineer and inventor who headed the U.S. Office of Scientific Research and Development (OSRD), through which almost all military R&D was carried out during and after World War II, is the primary subject of the opening 20-25% of Jump-Starting America. The continuing importance through today, of the developments Bush’s committee launched in relativistic, or “speed-of-light” beam technologies, starting with radar and then atomic physics technologies with the Manhattan Project recommended by Bush, can’t be overemphasized.

From the standpoint of human productivity, these revolutions are more important than the transistor/computer development that they forced. That path of computer development has “survived,” while the frontiers of nuclear, laser, and laser-like technologies have been abandoned, and space technologies have been largely downgraded to becoming “IT,” the be-all and end-all of the so-called “fourth industrial revolution,” information technology. Johnson and Gruber acknowledge, as do some other economists led by Robert Gordon, that this “fourth industrial revolution” has not had the productivity-driver effects of previous technological advances.

But here again, with Vannevar Bush, the authors leave out the American System, and the critical importance in it of the strong American Presidency. The President Roosevelt who put Bush in charge of the R&D missions of the mobilization for World War II, gave him essentially a blank check to fund it and took the advice of his committee. He was America’s last real American System president, until Trump’s wish to be another. The legacy of Hamilton was important in Franklin D. Roosevelt’s family; he had done his thesis on it at Harvard. FDR built America’s revolutionary electric power infrastructure before ever meeting Vannevar Bush, without which the latter’s engineering frontiers would not have been translated into military and then economic power. 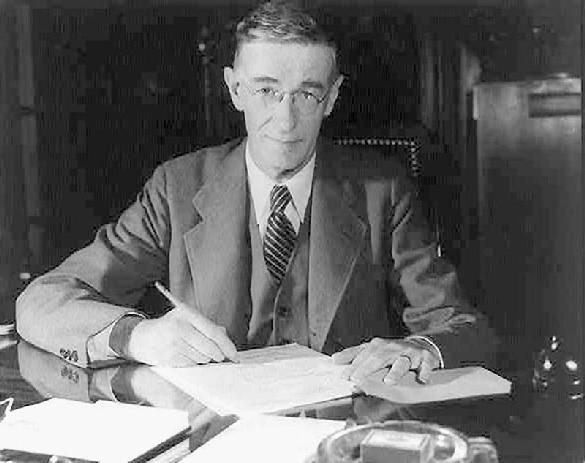 Vannevar Bush headed the Office of Scientific Research and Development, through which almost all military R&D was carried out during and after World War II.

Interesting, finally, is the complete absence of another American System “ghost,” the Bretton Woods System. Johnson and Gruber constantly cite data, in study after study, showing that America’s economy and its people relatively thrived from World War II to the early 1970s, and then started a long decline. But they never once refer to the Bretton Woods system of money and credit Roosevelt launched in 1944. That system was destroyed by City of London bankers’ sabotage over years, and finally deep-sixed by Richard Nixon in 1971, when he broke the dollar from a gold reserve. Until then, while the Bretton Woods system of stable currencies and productive credit was maintained, the industrial countries averaged 4% economic growth per year for 25 years, a rate rarely achieved by any industrial country for any one year since the replacement of Bretton Woods by today’s system of floating exchange rates. 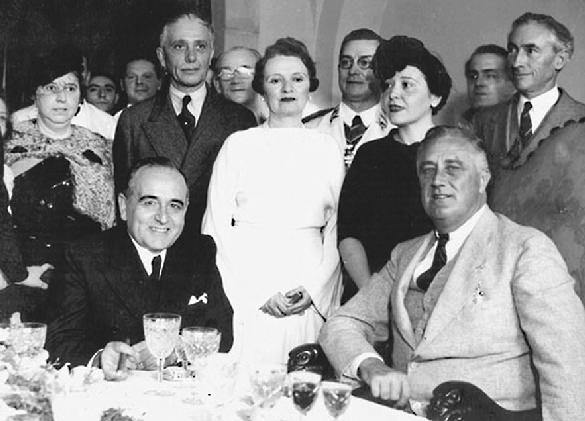 The LaRouche Political Action Committee in a nine-minute video shows that the City of London’s destruction of the Bretton Woods system set off the decades of deindustrialization, speculation and impoverishment which followed. And EIR recently showed again, in the article, “Roosevelt’s Bold Creation of the Anti-Entropic Bretton Woods System,” FDR’s American System policy of fostering the skills and power of labor with technological and infrastructural drivers for the economy, starting with his “Good Neighbor” policy toward Latin American nations before World War II. This then became his proposed international policy for the 1944 Bretton Woods Conference.

How Johnson and Gruber manage to avoid even a mention of Bretton Woods, in their attempt to draw the arc of the “economic shape” of the entire post-War American economy, would seem mysterious. But it coheres with their claim of knowing how to “jump-start America” without breaking up Wall Street banks, and without establishing any national credit institution for high-technology industrial frontiers and new economic infrastructure.